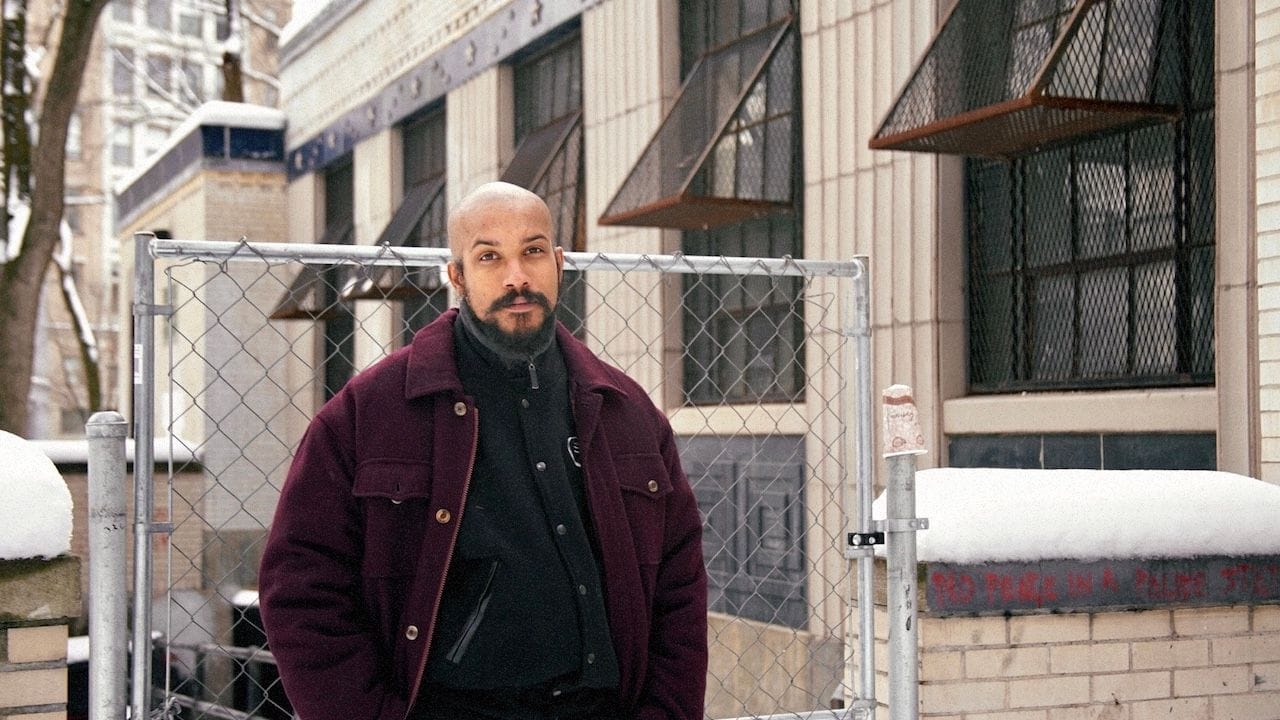 Gabe ‘Nandez has seen the entire world. Though the 27-year-old rapper was born in New York City, his family never stayed in one place for long. One of his parents worked for the UN, so his childhood was spent shuttling back and forth between NYC and countries like Palestine, Haiti, and Tanzania. Once he settled back in New York, he gained an appreciation for rap music through exposure to Lil Wayne and the classics of his birth city.

“When I came home from Tanzania, after three years in Africa, I remember that first winter, and I hadn’t felt that experience in a minute,” Gabe tells me via FaceTime. “It was a very spiritual experience flipping through [Mobb Deep’s] The Infamous, [Wu-Tang Clan’s] Enter the 36 Chambers, and [Raekwon’s] Only Built 4 Cuban Linx... for the first time at that apex of coming back.”

The sounds and content of Gabe’s music—from his debut compilation album, Plaques, to his latest EP, Ox—reflect his nomadic upbringing. He’s known to rap in multiple languages, and his reference pool recalls everything from Buddhist teachings to the Greek epic poem The Odyssey. Even with this worldly context, his love for New York rap shines through in his potent displays of lyrical skill and his husky baritone.

“I know I’m trying to rep NY hard because it’s in my music,” Gabe explains. “There is a renaissance happening right now, and I have a lot more I’d like to contribute.” Gabe ‘Nandez’s mix of international flair and classic New York grit showcases the city in a new light.

Where is the first place you settled that you would consider “home”?

I don’t know if I have that. New York is [home] on a lotta levels, but it is America. America is complex, man. There’s a lotta reasons people from all over the world come to America. I’m not in love with it, but I can’t really say if I’m in love with anywhere else. New York is close; I wouldn’t say it’s home, but I wouldn’t say it’s not home, ya know?

I’m just free. Not that being from one place doesn’t make you free. I’m no different from you just because I’ve been to these different places. I get it, though. Humans are tribal. 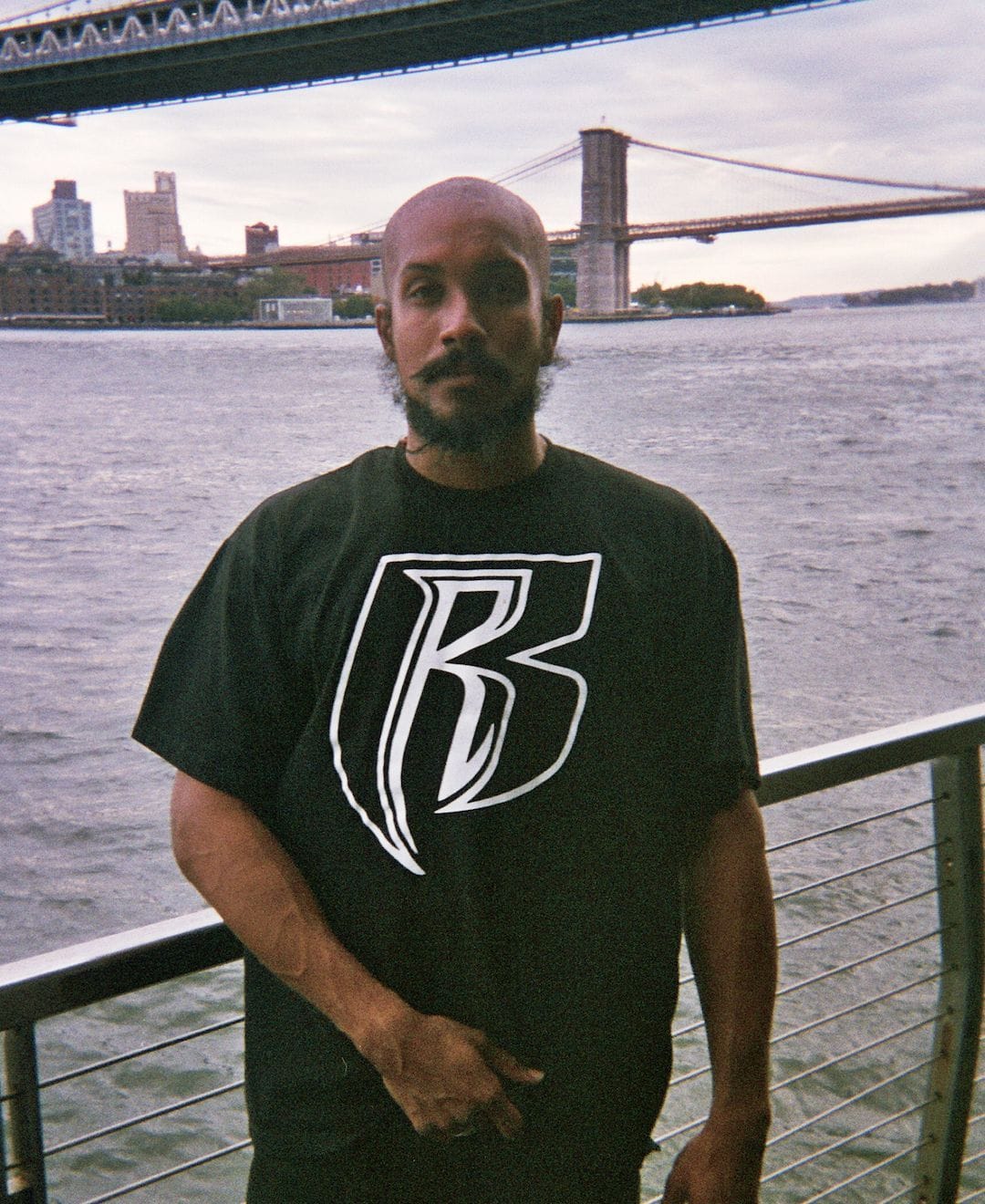 Your latest project, Ox, feels very grounded in New York. You’re on the cover in a Ruff Ryders T-shirt standing in front of the Manhattan and Brooklyn Bridges. What initially drew you to New York rap once you started to tap in?

First and foremost, even though you asked if New York is “home,” I’m from New York. But before that, it was the actual quality of the music. I don’t think it’s an argument that when you think of technical, lyrically dense rap, if you’re into that, New York is the best place for that. So the music was good, but I also related to it on another level.

When I came home from Tanzania, after three years in Africa, I remember that first winter, and I hadn’t felt that experience in a minute. It was a very spiritual experience flipping through [Mobb Deep’s] The Infamous, [Wu-Tang Clan’s] Enter the 36 Chambers, and [Raekwon’s] Only Built 4 Cuban Linx... for the first time at that apex of coming back. It just made sense.

Even by EP standards, Ox is incredibly short. What inspired you to make a project so brisk and potent after releasing your two full-lengths, Plaques and Diplomacy?

I didn’t even work on Plaques as a proper record. That’s actually a compilation of tracks I’d made in the past. I put that together with POW [Recordings], and we banged it out. Diplomacy was like an odyssey. I heard Hov say that it took him his entire life up to that point to make Reasonable Doubt, and that’s what [Diplomacy] was for me. It wasn’t just an album; it was a look in the mirror, for me. I made it, but I hadn’t gone in with the intention of making it long.

To be honest, with Ox, I just wrote some shit and said, “I’m done.” It just felt right. It was very visceral. On another level, it’s interesting because I’ve been listening to it a lot. I usually listen to my music up until a week after it comes out because it’s different when it’s out, and you know other people are listening to it. I wrote it from start to finish in like two days. [Ox] is like a moment, and then it’s over. It’s short, but it’s also dense. Even the first track [“Ox”] is just two minutes of straight bars. I thought to myself, “Lemme just flex.” That’s what I’m doing on the whole tape.

“Clark” is a chilling story about drugs and paranoia that’s tied together by one bar: “College-educated but I’m a goon.” I can’t think of a better description of the music you make. Is this something you intentionally focus on while creating?

It’s natural, man. I’m a very approachable person. I don’t know what people think when they hear my music, but I’m pretty peaceful in real life. With rap, I have a lot of aggression, and it just comes out there, and it stays there. That’s where it needs to go because I have a lot of that in me. It’s like in alchemy or magic when you put a seal on a demon and trap it in some shit.

To be honest, when I get into a flow state when I’m writing, it’s coming from another dimension. My hand is just being forced. It’s just what needs to be written. It’s conscious because I know what I’m writing, but it’s just a feeling. On top of that, as someone who’s abused a lot of drugs, I think those stories are important to tell in hip-hop. There’s a lot of stories about popping Xanax, and I’m not here to police niggas’ lyrics. I’m not here to say drugs are cool or drugs are bad. Drugs are drugs. But drugs can be horrible, so look at my story. When I got sober, after almost not making it, I felt like I had to give back.

I’ve heard you rap in four languages—English, French, Arabic, and Swahili. Has speaking multiple languages informed the way you rap throughout your career?

Definitely. It’s a big privilege to be able to speak more than one language. Whether it’s as clear-cut as switching between two languages or just on a subconscious level. Subconsciously, there’s gotta be some sort of neurological benefit to being multilingual. I’m sure there’s research on it. I don’t know how exactly, but I’m sure speaking French must weave its way into how I write in English. I had one word of Arabic on this project, by the way. I can’t speak Arabic, but I had to pepper it in there.

New York rap, both underground and mainstream, is currently experiencing a renaissance of sorts. Would you consider yourself a part of it and, if so, what do you feel you bring to it that no one else does?

By virtue of me being here, I guess I am. There is a renaissance happening right now, and I have a lot more I’d like to contribute to that.

For the second question, it’s hard because I don’t like trying to label myself and shit. I know I’m trying to rep NY hard because it’s in my music. You know how Freddie Gibbs be hopping between certain kinds of rap? I do that. I bring that versatility to the table. I have a sound, but I kinda don’t. Between my last tape Grove and Ox, it’s always me, but I always want to do different shit.

What’s one thing about Gabe ‘Nandez as an artist you wish more people understood?

I’ma be honest, I don’t know if there is one. I don’t seek to be understood by people, in any arena of my life. I’ve thought about that interpersonally, but I’ve never thought about it in relation to music. It’s a deep idea to understand something. Do you feel like anyone understands you?

I don’t know that anybody outside of my body could ever really understand me. You can understand somebody to an extent, but you can’t get what it’s like to be someone else without actually being them.

And even then, you’d only understand them from your perspective. I’m just glad people can take something from my music, whether or not they understand it or me. Because they don’t. Niggas don’t know me at all.