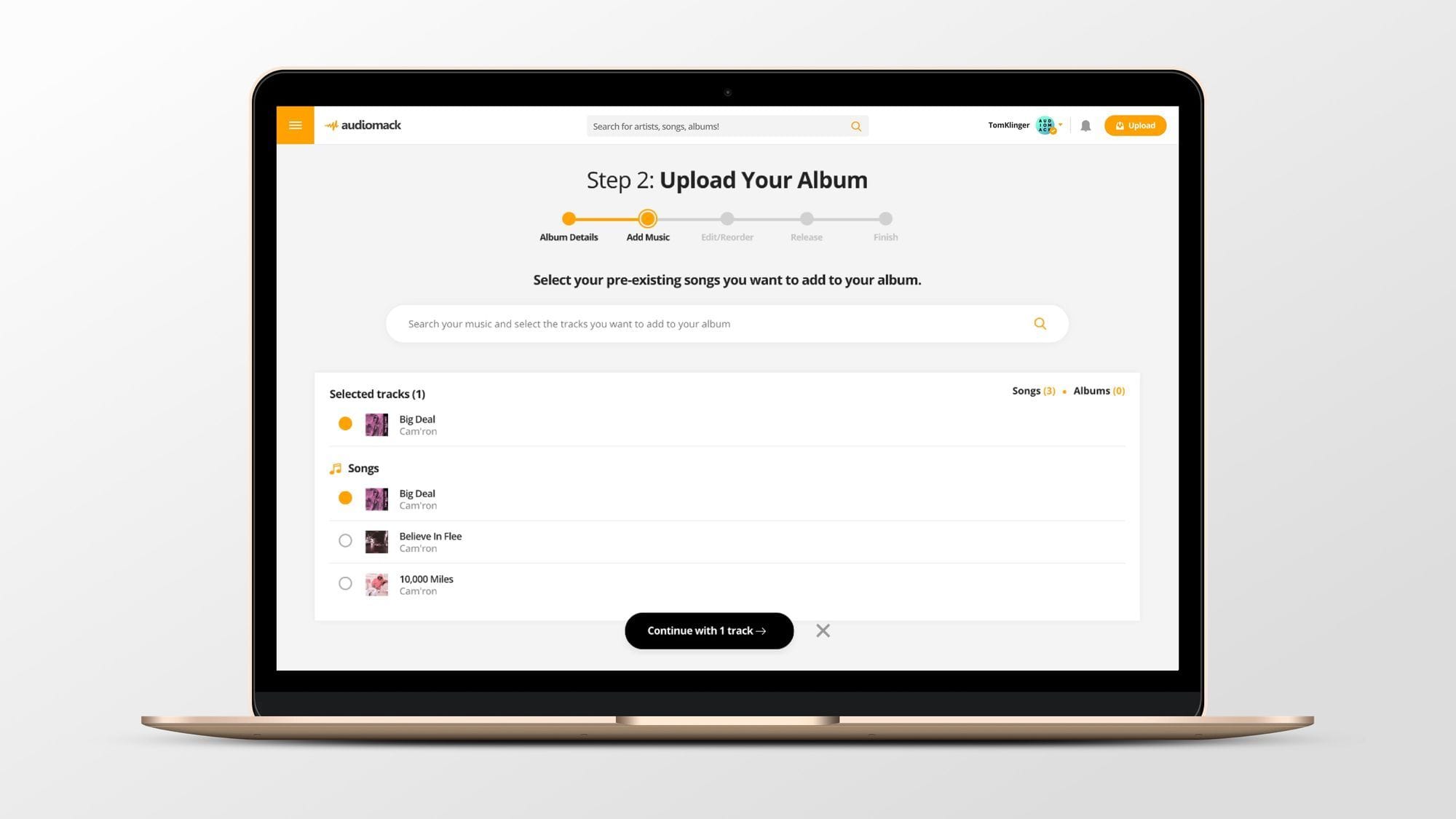 Uploading to Audiomack should be simple and straightforward.

In order to make it as painless as possible to release an album (or EP/mixtape/project), we've completely redesigned the album upload process and also added new functionality that allows you to include pre-existing uploads in your new album. Now, in four easy steps, you can make sure the album includes all necessary info and tracks, in the correct order, and plan out your release.

Why would I want to add old songs to my new album?

Picture this: You're an artist getting ready to upload your new album. Over the last few weeks, you've released a number of singles to Audiomack, all of which are part of the album's tracklist. You have also successfully pitched those songs for trending and playlists, and generated an impressive number of plays. You want to make sure those plays are included in your album stats, and you want to make sure each song doesn't have duplicate uploads, each generating their own, separate stats.

With our new album upload process, it's easy to add those existing uploads and previously released singles to your album, ensuring there aren't any duplicate uploads on your account and all songs stats are reflected on the album stats.

Here's a step-by-step guide to uploading an album on Audiomack:

Click the Upload button on the Audiomack desktop site to begin uploading an album or EP (or song or non-musical upload), and selecting Album/EP as your upload type. 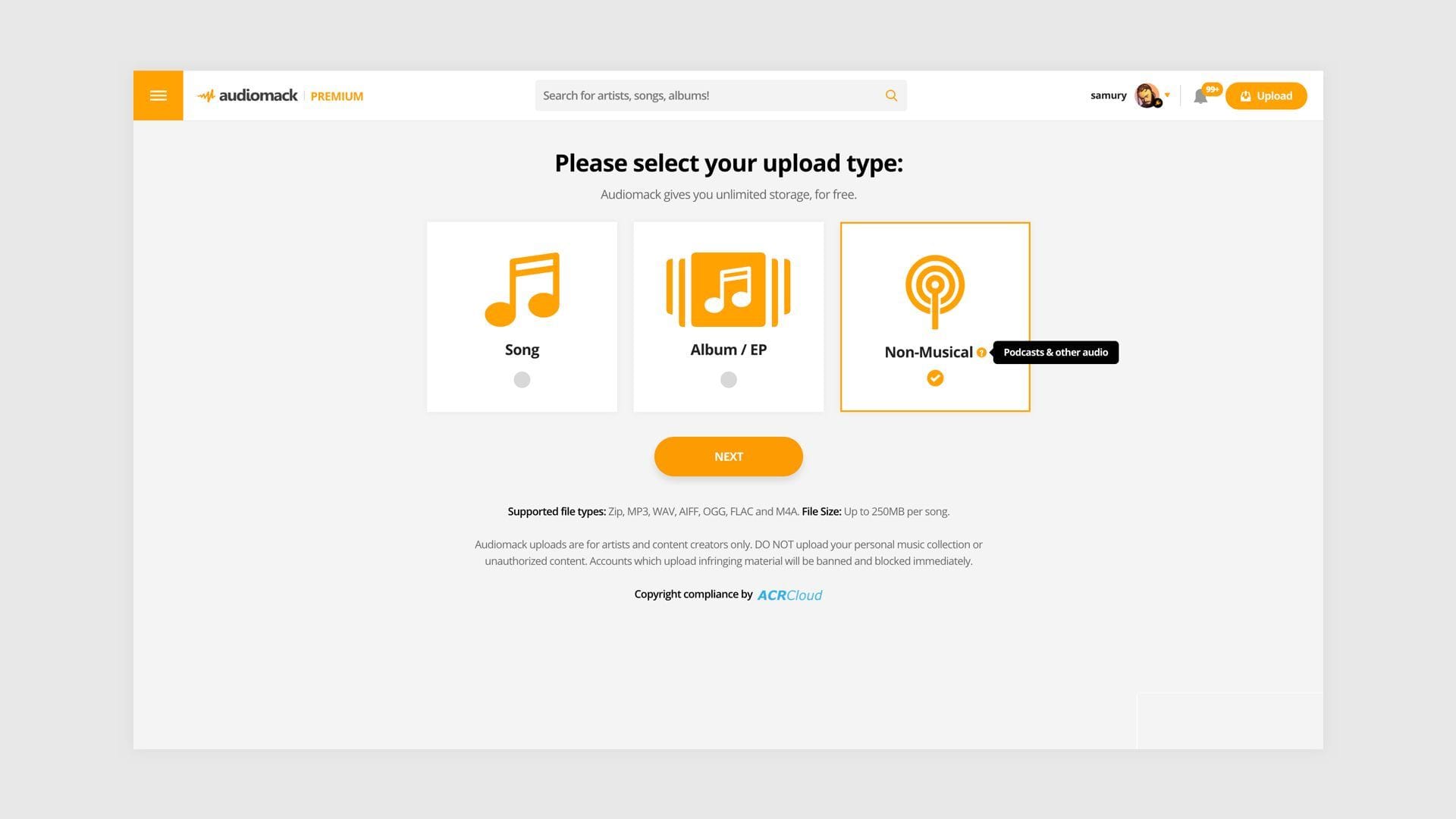 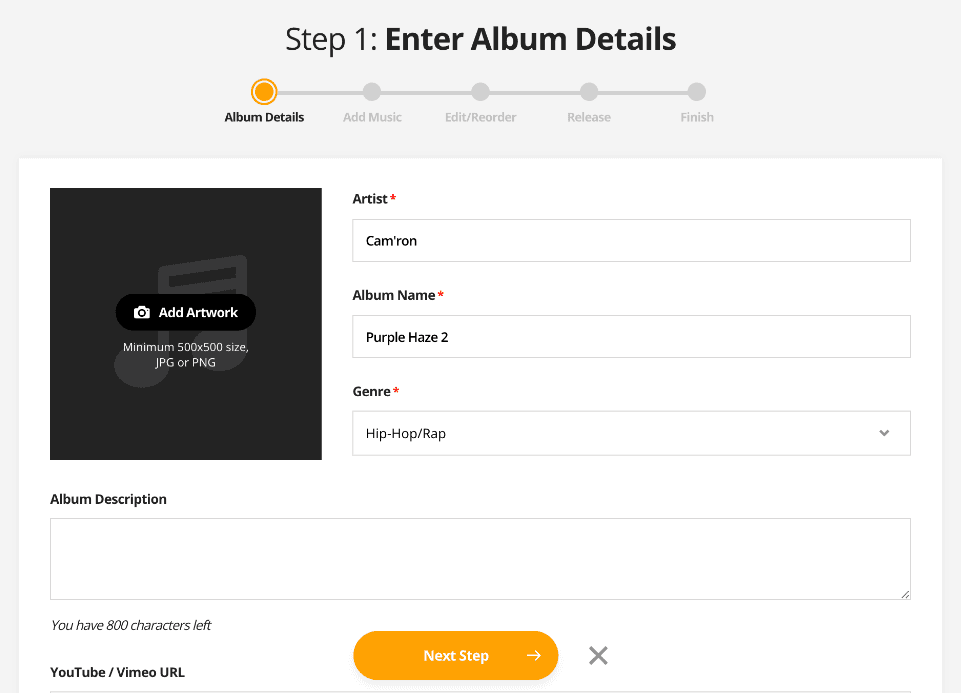 The first step in the upload process is filling out the information associated with your release. Enter the artist and album names, add cover artwork, select a genre, and include a description of the album, as well as a YouTube or Vimeo link associated with the project (pro tip: link to the music video for the album's biggest single). 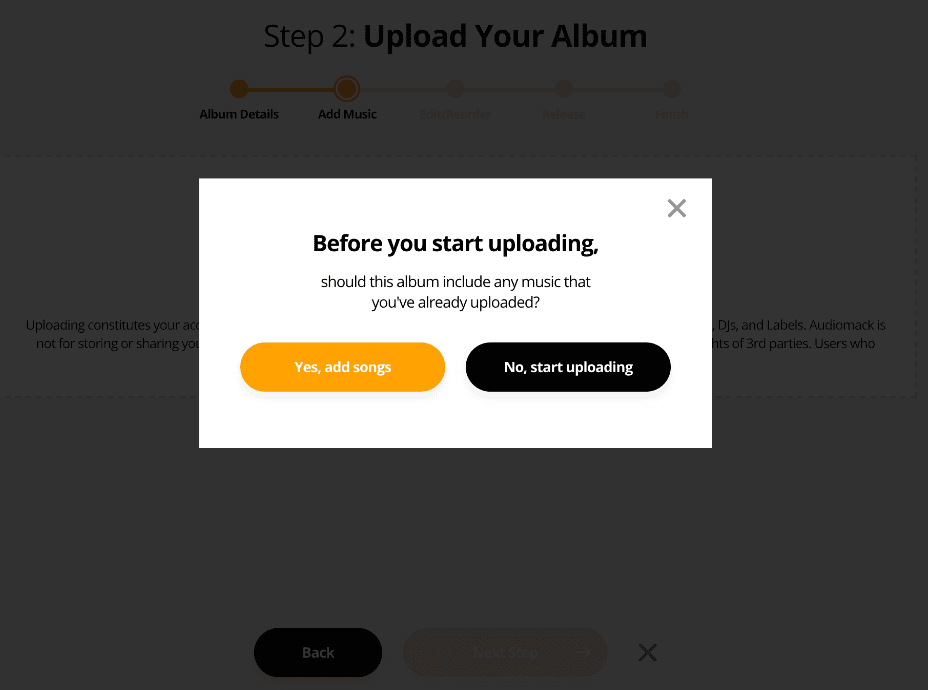 Once you've completed the album details, you will be asked if the album should include any music that has already been uploaded to your account. 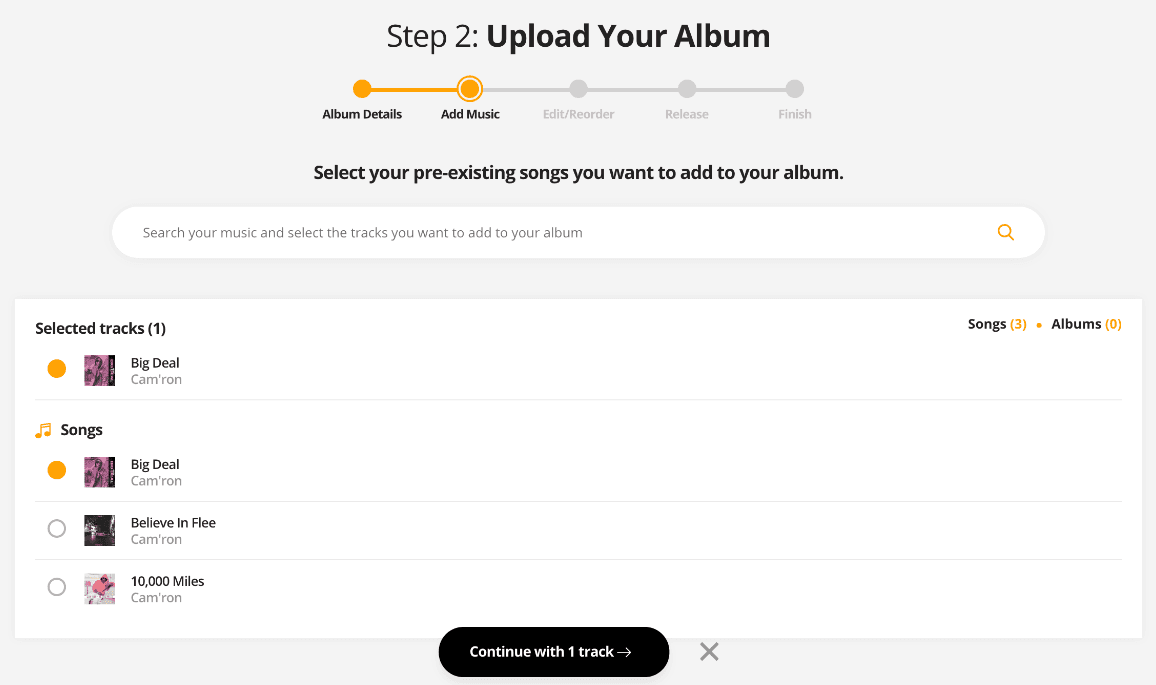 If so, you'll be shown a list of all songs uploaded to your account, including tracks from any previous albums. Select each track that should be included on the album being uploaded.

Once existing uploads have been added, you'll have the option to add the remaining files as usual, either by browsing to the files on your computer or dragging and dropping them into the upload screen. 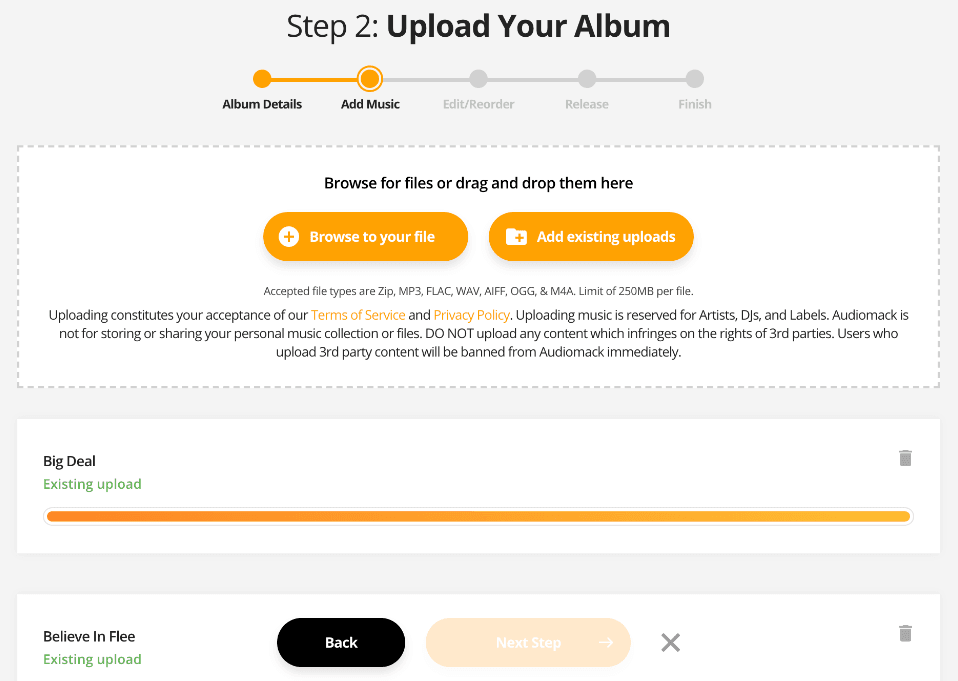 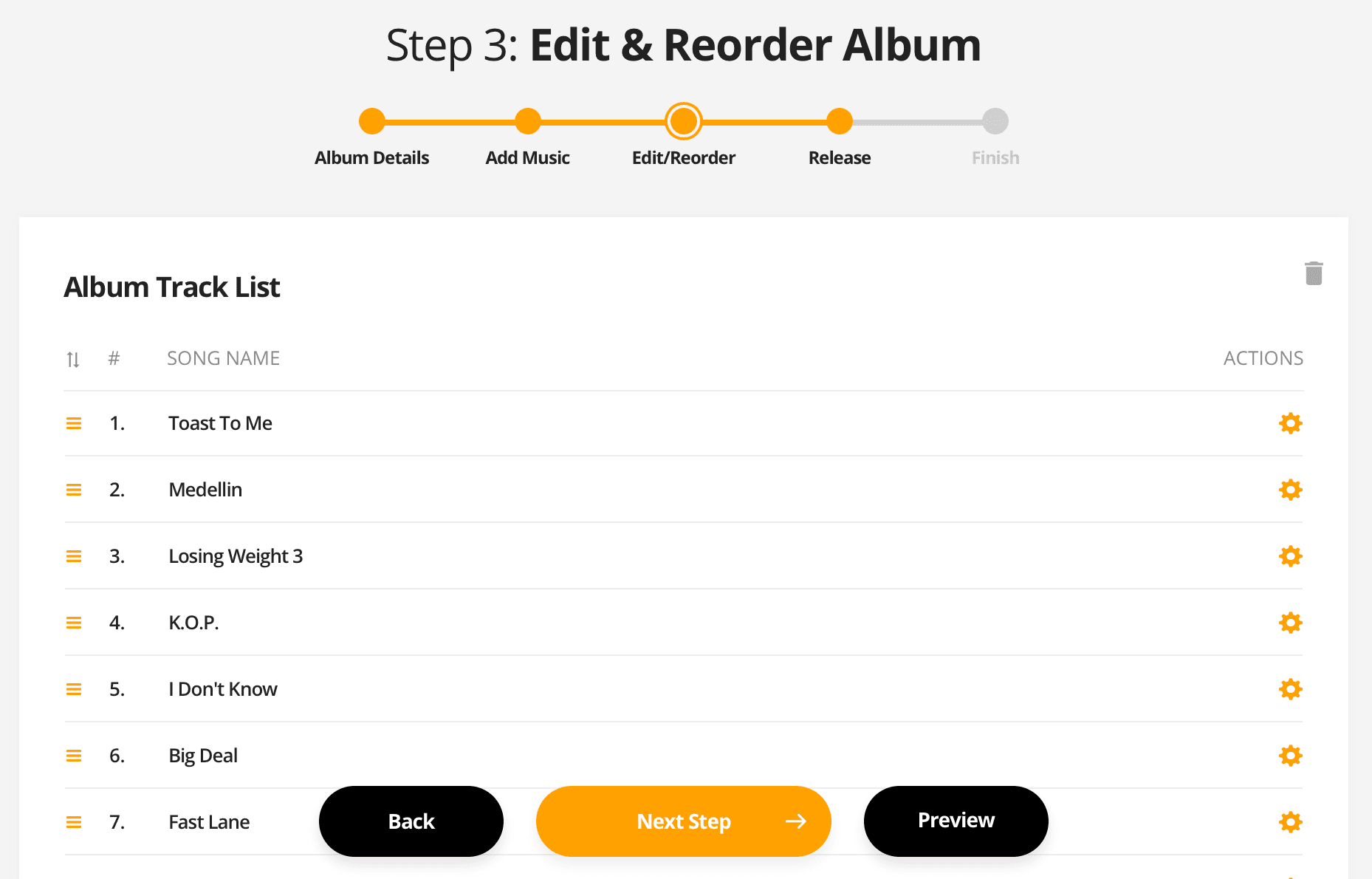 Once all tracks have been added, you can edit and reorder the track list to make sure everything looks correct.

To edit each individual track, click the Edit wheel on the right. The expanded view will allow you to edit the artist name and song title, add the names of any featured guests and the song's producer, mark as explicit, and delete the song from the album tracklist. AMP partners will also have the option to enter any information associated with monetizing the track, including ISRC numbers and accounting codes.

Is your song a single? Make sure to select the option to display the song as a single on your profile. Any existing uploads added to the album will already have this option selected. 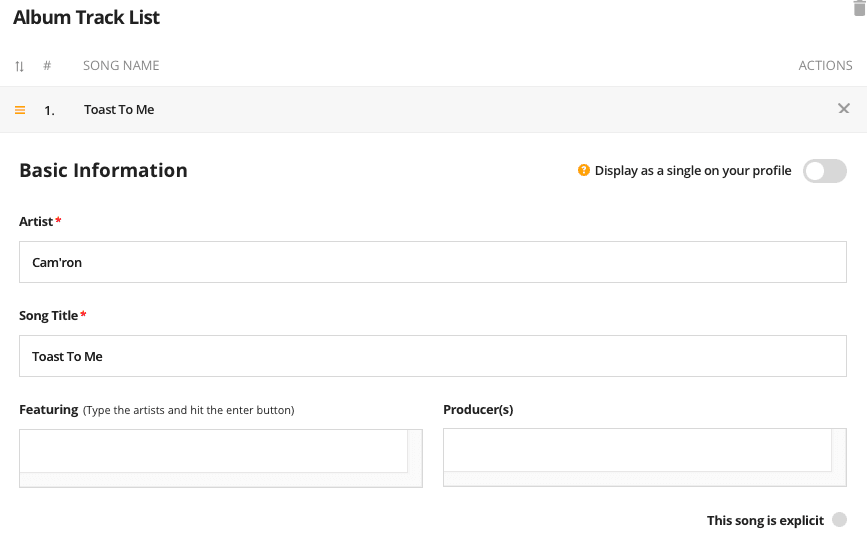 Once the music is ready, it's time to choose a release type for your album.

Public: Your upload will be live and visible to ALL.

Private: Your upload will be live and visible to only YOU. You can create private share links for promotional purposes. Learn more about creating and using private tracks here.

Schedule: Schedule allows you to release at a future date/time or backdate to a past date/time. Learn more about scheduling releases here.

You can also edit the URL for your album in this step.

Now, you're finished! Your album is either live, private, or scheduled for release and includes all necessary songs, and the plays you've generated on your singles will now be attributed to your total album plays as well.

How to pitch your music for trending and playlists.

Boast about your achievements with milestone alerts.