Yella Beezy is a dynamic and entertaining artist based in Dallas, TX., and poised to be one of the most influential and popular rappers in the city. Yella Beezy’s buzz has been snowballing since 2014 mixtape release“Country Rap Tunes” which included the lead singles "Lite Work" and "No Man". The mixtape established Yella as an artist with wide appeal, but still grounded in the streets.His music's popularity is growing and its getting played in venues and clubs all over the south, as well as him being included on any major mixtape with strong circulation in the Southwest region. In 2015 Yella released “LiteWork” the mixtape which expanded his fan base all over Texas with single like “Last Night, Trap in Designer, and Run Up a Check”. With his flamboyant street flavor and infectious 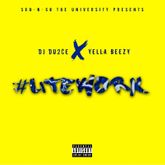