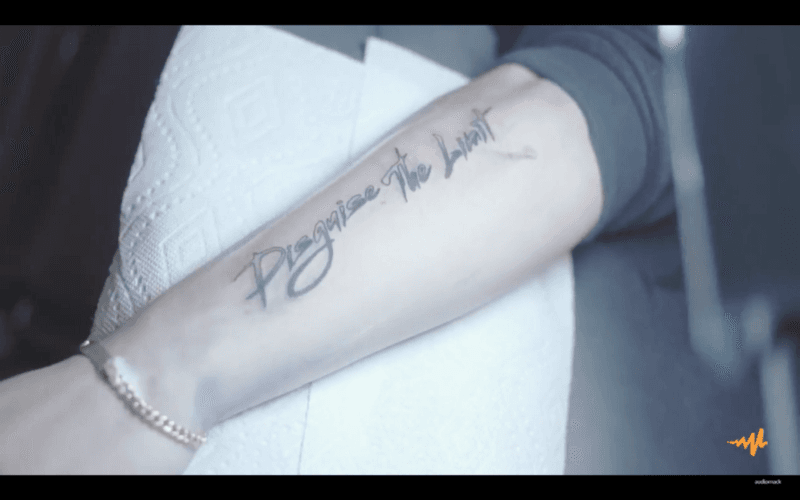 Introducing: Audiomack Ink, a new video series where Audiomack takes some of our favorite artists to Nice Tattoo Shop, to get the lowdown on their current tattoos while getting them some fresh ink.

This episode features Pro Era’s own Nyck Caution. “I’m gonna get Disguise The Limit going down here,” Nyck tells us while pointing at his forearm.

“It’s more than just the name of a mixtape,” he continues. “It was Capital Steez, rest in peace… The first time I saw him rap in the studio, he was doing a remix to ‘Yonkers’ and he had a line where he goes ‘The sky’s the limit, that’s what they told the fucking fool. I disguise the limit, now I’m aiming to the sun and moon.’ When I heard him say that, that was the first time I really knew I was in the presence of a dope rapper.”

Nyck also breaks down his first ever tattoo, done in Germany, of a crown in honor of Capital Steez. Make sure to watch the full video to see Nyck discuss new music, touring with Joey Bada$$, and his plan to get tattoos around the globe in place of traditional souvenirs.

If you enjoyed, make sure to check out our previous episode with Lil Skies.