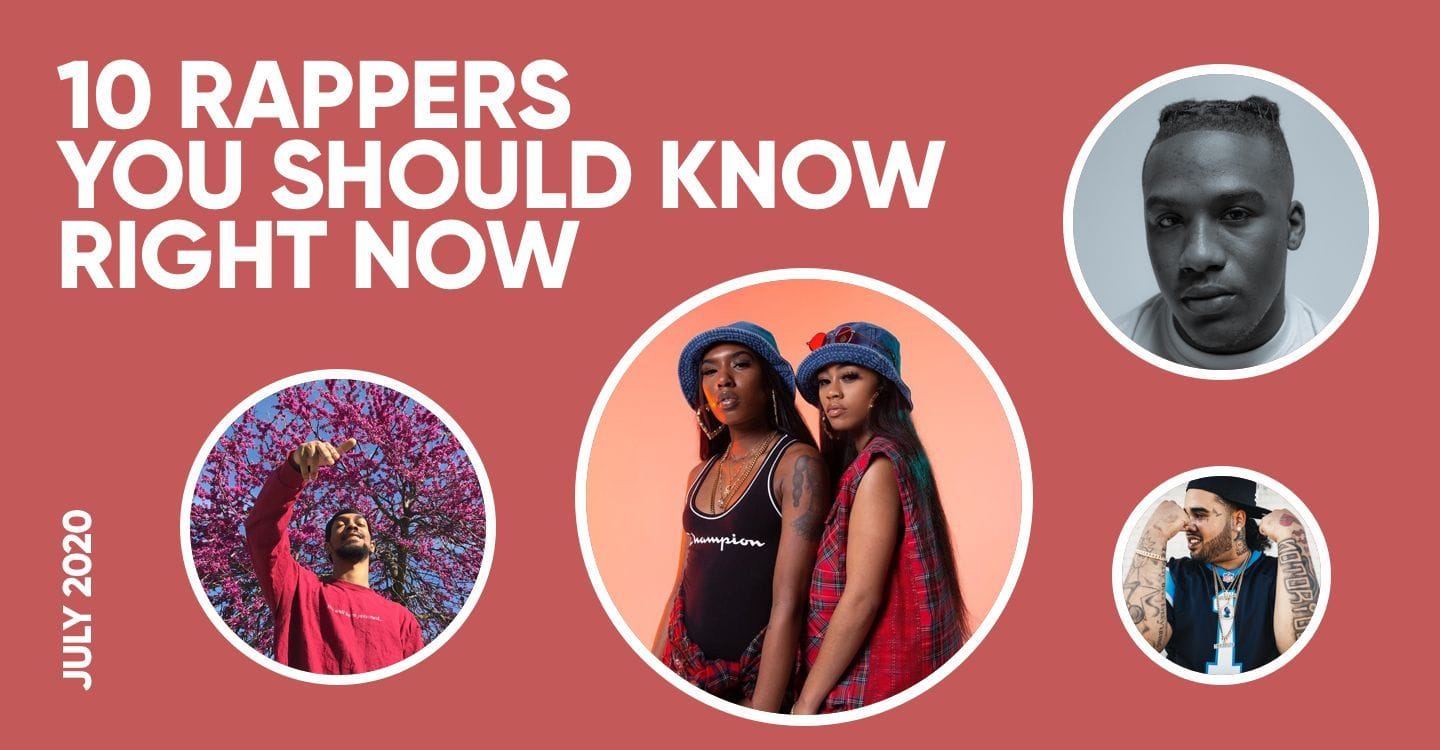 Su’Lan, the Oakland duo comprised of rappers Saunsu and Emahalani, bring pure, unbridled energy. Their recent project The Quarantine EP is a short collection of high-intensity slaps and “Rolling in Da Deep” is the best showcase of their chemistry. Over an Adele sample, the two trade bars about getting over on men and the women that make the mistake of desiring their attention.

The original version of Li Heat’s “007” featured a classic sample of the James Bond theme but, copyright infringement avoided, the song was recently reworked into something equally menacing. Over minor chord piano, the Birmingham rapper establishes his momentum from the opening line and never stops—like a car rolling down a hill with no brakes.

Charlotte, North Carolina rapper BIGBABYGUCCI has been lingering just below the surface of mainstream success for what feels like a minute. His recent projects have shown an impressive consistency and “Switch Locations,” a track from his Teen Spirit album, is a good example of the sort of catchy, melodic anthems he can make—a perfect song for staying in motion.

Kahri 1k first started gaining traction last year with a string of emotive songs reminiscent of the melodic delivery of YoungBoy Never Broke Again. Since then, he’s signed to fellow Virginian Pusha T, and recently collaborated with another VA legend in Lex Luger. The result, “Out The Way,” helps Kahri further develop a distinct voice and flow over one of Luger’s more laidback instrumentals.

Brooklyn’s AKAI SOLO tends to rap in a circular pattern; each of his lines builds off the last thing he said in both rhyme and subject in a way that brings both a meditative and profound affect. On “Tainted” he builds this momentum over a dusty, swung instrumental. On the refrain, he repeats, “Everywhere I go, like, everything I know thus far / Like, everything we are so everything tainted.”

Over the past couple years, Dee Mula has steadily elevated out of the Memphis rap scene—first with regional hits like “Freestyle 8” and more recently with high-profile collaborations with the likes of Lil Baby. His new tape, Let Me Get That Vol. 3, brings it all back to basics with no features over its 12-track run. “Back To Back” finds Dee Mula in a classic Memphis pocket: vocals in the red and a high-pitched guitar wail that combine for a swift punch to the chest.

5an has a somewhat mysterious online presence: her location is listed as Kyoto, Japan on her social media and her voice also tends to switch between pitched-up vocals and her normal tone. This shifting is apparent on her recent 5LAYER EP, released earlier this month. On “SINCERELY, 5an,” she settles into a more conventional melodic rap lane, letting her songwriting and inflections do most of the heavy lifting.

Most of the anthems that have come out of Brooklyn’s drill scene have been raw and rugged, often defined by the gruff voices of rappers like the late Fivio Foreign and the late Pop Smoke. Recently—thanks to artists like Smoove’L and even Brooklyn drill pioneer Sheff G’s recent output—melody has seemingly come to dominate the scene. QRunItUp’s “Nina” is another entry into this growing melodic drill canon, an undeniably catchy song that successfully brings the sounds of different boroughs into one.

It’s hard to think of many L.A. rappers that have been as consistent as Rucci over the last few years. On “Mockingbird,” he reworks the classic lullaby into something more active. Rucci outlines the risks he takes to provide for and protect his loved ones, even as friends change and disloyalty runs rampant.

In the crowded landscape of Florida rap, it can be hard to stand out, but RugRat OD has been remarkably consistent over the past year or so. “Sumtimes” builds over a plucked melody, as RugRat OD brings a singsong delivery, describing all that he’s overcome to get to this point.