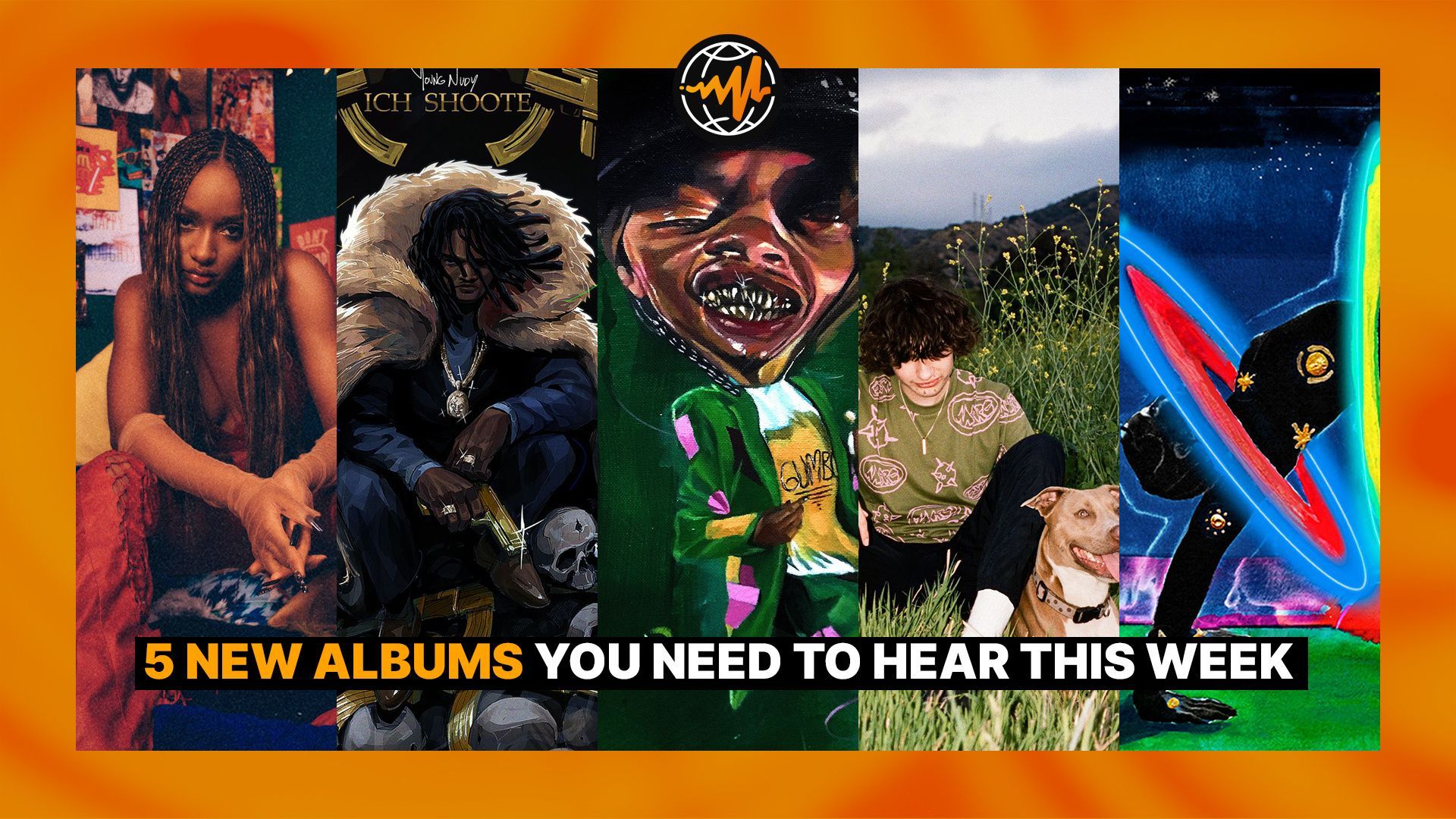 “Before, it used to be, ‘Do you know what you’re talking about? You’re too young to know,’ but now everybody has something to say, and they are becoming confident enough to say it,” Ayra Starr told Audiomack in June. Her self-titled EP, released in January, set up the Mavin Records singer-songwriter as a voice for Nigeria’s Gen Z. Her official debut album doubles down on that confidence, from presence to lyrics (“I’m the queen, bow down”) to track titles (“Gen Z Anthem”). From the breezy Afropop of “Lonely” and “Beggie Beggie” to the heartfelt ballads of “Toxic” and “In Between,” 19 & Dangerous marks the arrival of a new star in African music.

Read our feature interview: “Ayra Starr Is a Voice for Nigeria’s Youth”

Less than three months after DR. EV4L, Young Nudy builds out the world of another one of his alter egos with Rich Shooter, his second album of the year. The 20-track release (including bonus tracks) pairs Atlanta trap veterans (Future, Gucci Mane, Peewee Longway) with a collection of rising Nudy-affiliated talents (21 Lil Harold, 2FeetBino, Cristo4L, 4L Quan). Rich Shooter may be more ski masks and pistols than DR EV4L’s Joker-esque madman, but sonically it’s not a huge departure; it’s another nocturnal collection of threats and boasts from one of rap’s finest mood-setters.

Read our feature interview: “The Disorienting World of Young Nudy”

“eye wanted to make sum tht remind me of wen we used to drive down to Birmingham and all tha albums we listen too eye wanted a album tht felt like.” That album is Gumbo’!, the latest project from Pink Siifu, who over the last half-decade has matched his prolificacy with a fearlessness to experiment and since 2018’s ensley has found himself at the vanguard of rap’s experimental underground. Born and raised between Birmingham, AL and Cincinnati, OH, and currently based in Los Angeles, the rapper-singer-producer pulls inspiration from everywhere, and taps a long list of collaborators—including The Alchemist, Big Rube, Georgia Anne Muldrow, Monte Booker, Nick Hakim, and Liv.e—to bring his latest tapestry to life. Featuring Re-Upped single “lng hair dnt care,” Gumbo’! throws rap, soul, and Southern funk into the pot to make something wholly its own.

glaive — all dogs go to heaven

glaive is from Henderson, North Carolina, but his music is a product of the internet. The 16-year-old started making music only when the pandemic hit but now exists at the cutting edge of pop’s digitized future. Influenced by Lil Peep, 100 gecs, and Justin Bieber, glaive trades in angst and the lurching rush of growing up. all dogs go to heaven, his second project, pairs sugary hooks with a borderless amalgam of emo, electronic, hip-hop, and rock.

Since their self-titled 2014 debut EP, LION BABE has been honing their brand of cosmic, alternative R&B. The NY-based duo—comprised of vocalist Jillian Hervey and producer Lucas Goodman—call on Ghostface Killah, Trinidad James, Oshun, and Siimbiie Lakew for their third album, Rainbow Child, a project started in 2020 and made “in response to the heightened pain and injustice Black lives have been experiencing.”