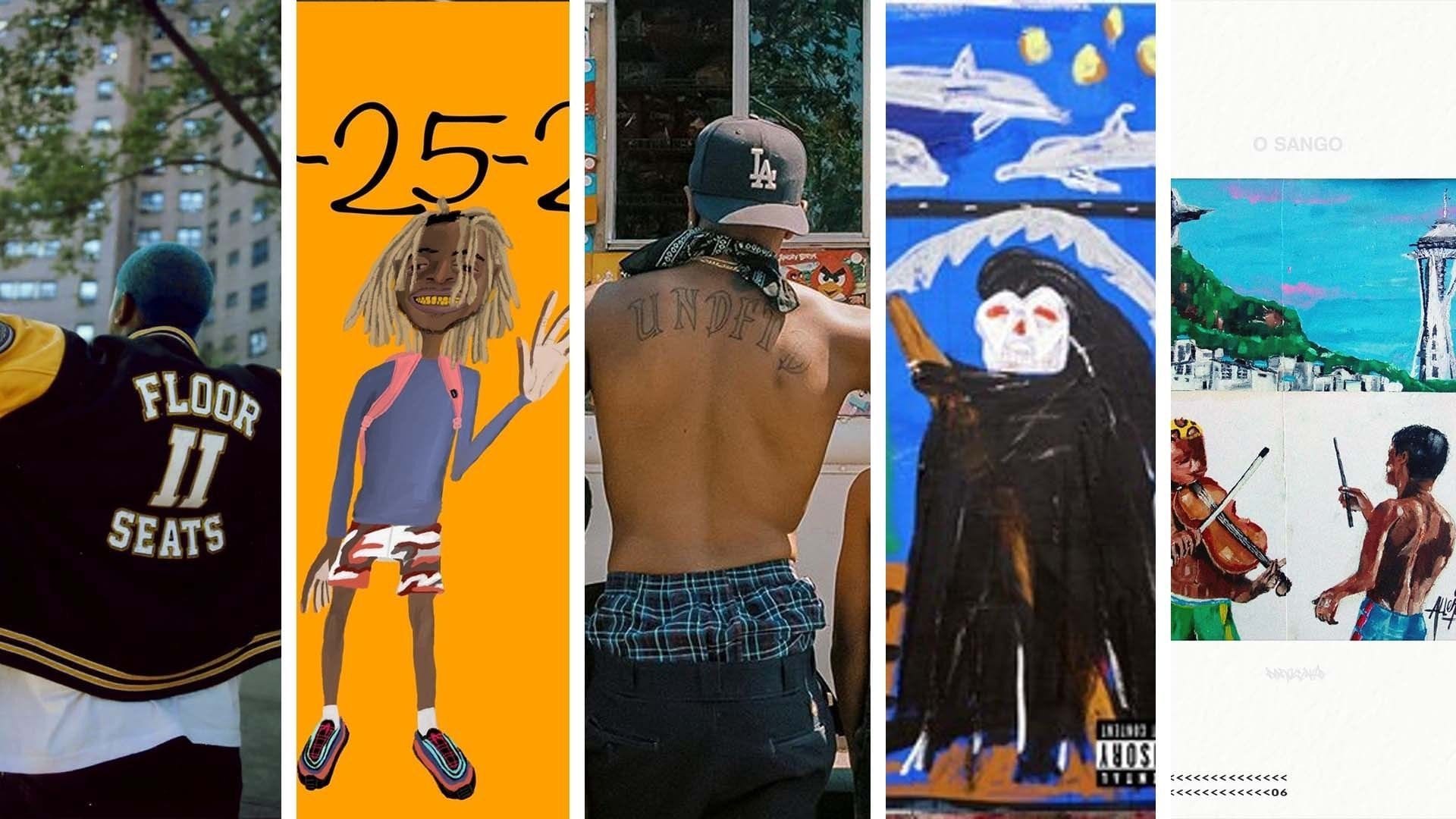 With one foot in the Carolinas’ burgeoning hip-hop hotbed and the other planted firmly in the bizarre cultural blender of the internet, Charlotte native Jaah SLT combines trap and punk energy with a casual but charming indifference. At times aggressive (“Intro”), at times almost meditative (“Lowkey”), his Alamo debut 9-25-20 crafts inspiration from his disparate rap and rock influences into something unique.

J.R Cruise is one of Los Angeles’ best-kept secrets. Last year, the rapper released his impressive debut, Seeds. This week, he’s followed that project up with another laid-back full-length that will induce dreams of top-down blunt rides. Cruise excels in smooth confidence and authenticity, reminiscent of Dom Kennedy. Monday Neva Promised is another strong collection of effortless flows over pristine beats from a rising West Coast talent.

Action Bronson — Only For Dolphins

Rapper, actor, author, and exotic olive oil taster (among other talents) Action Bronson returns with his fifth studio album, Only For Dolphins. Probably the only rap album this year with a $150 ice cream cake accompanying its release, Only For Dolphins is another colorful dispatch from the absurd life of Action Bronson, covering afternoon Lincoln Center screenings of The Irishman, African shrooms, butt-naked boat dives, lunch in the catacombs, and much, much more.

Sángo’s Da Rocinha series is a love letter to Rio de Janeiro, spanning nearly a decade, since the first installment’s 2012 release. The Seattle-via-Michigan producer, signed to Soulection, has proven a dedicated ambassador of Brazil’s Funk Carioca, paying homage to the frenzied genre while adding his own futuristic, electronic touch. The resulting product unites its specific cultural touchstones but carves its own unique time and space. Like its predecessors, Da Rocinha 4 may pay tribute to the past, but it sounds like the future.