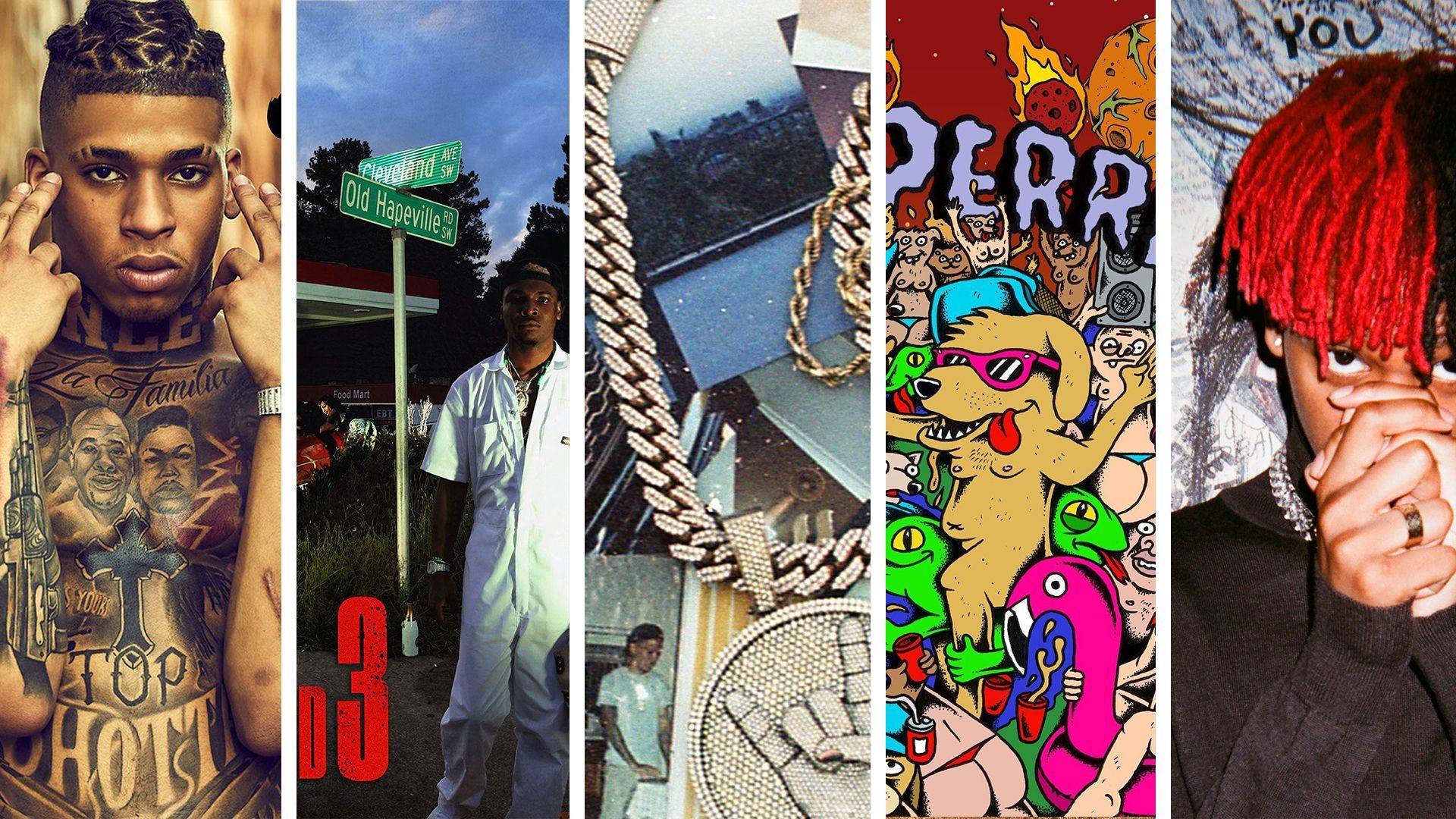 “Shotta Flow” was the work of a sure thing, a Memphis prodigy with energy that broke through the screen. 19 months after his viral introduction, with a few more tattoos and “Shotta Flow” remixes under his belt, NLE Choppa unveils Top Shotta. His appropriately titled official debut album—not counting last year’s Cottonwood, which clocks in at half the number of tracks and less than half the runtime—shows all sides of the 17-year-old rapper, from bounce-rap instigator to infatuated Casanova to wounded soul.

Young Thug’s most direct descendant—both in terms of vocal elasticity and all-around alien aura—has quietly emerged as Atlanta’s foremost weirdo. Lil Keed’s Trapped On Cleveland 3 is the first installment in the series to be released to a national spotlight, and so it carries with it a go-to list of star collaborators (Travis Scott, Future, Lil Baby, Ty Dolla $ign, Gunna, and Thug, of course) as a true album that expands the strange world of Keed's Atlanta.

Kingston’s dancehall king is back with FIXTAPE, or rather, a “yiy change fixtape,” according to the artist. Popcaan is jointed by OVO brethren Drake (twice), PARTYNEXTDOOR, and Preme, along with French Montana and fellow Jamaicans Jada Kingdom, Tommy Lee Sparta, Masicka, Stylo G, Dane Ray, and Frahcess One on a new 19-track full-length. It’s his first project since December’s Vanquish.

For their first album in four years, reggaeton icons Jowell y Randy celebrate the genre and perreo culture. Viva El Perreo sees the Puerto Rican duo finding inspiration in a new generation of Latin stars, adding new collaborations and experimentation to their process to create a project that bridges the foundation and future of reggaeton. Bad Bunny provides a guiding hand to the album’s writing and production, after the duo appeared on his acclaimed “Safaera” earlier this year, while J Balvin, Don Omar, De La Ghetto, Miky Woodz, Barbie Rican and Kiko El Crazy feature.

DC The Don — Come As You Are

Los Angeles by way of Milwaukee’s DC The Don is part rapper, part rockstar, excelling in the melodic and riotous lane popularized by cult heroes like Lil Uzi Vert and Trippie Redd. Come As You Are, his debut album via Rostrum, is three years in the making and encompasses today’s favored blend of bass-boosted bangers, pop-punk anthems and emo-rap ballads.