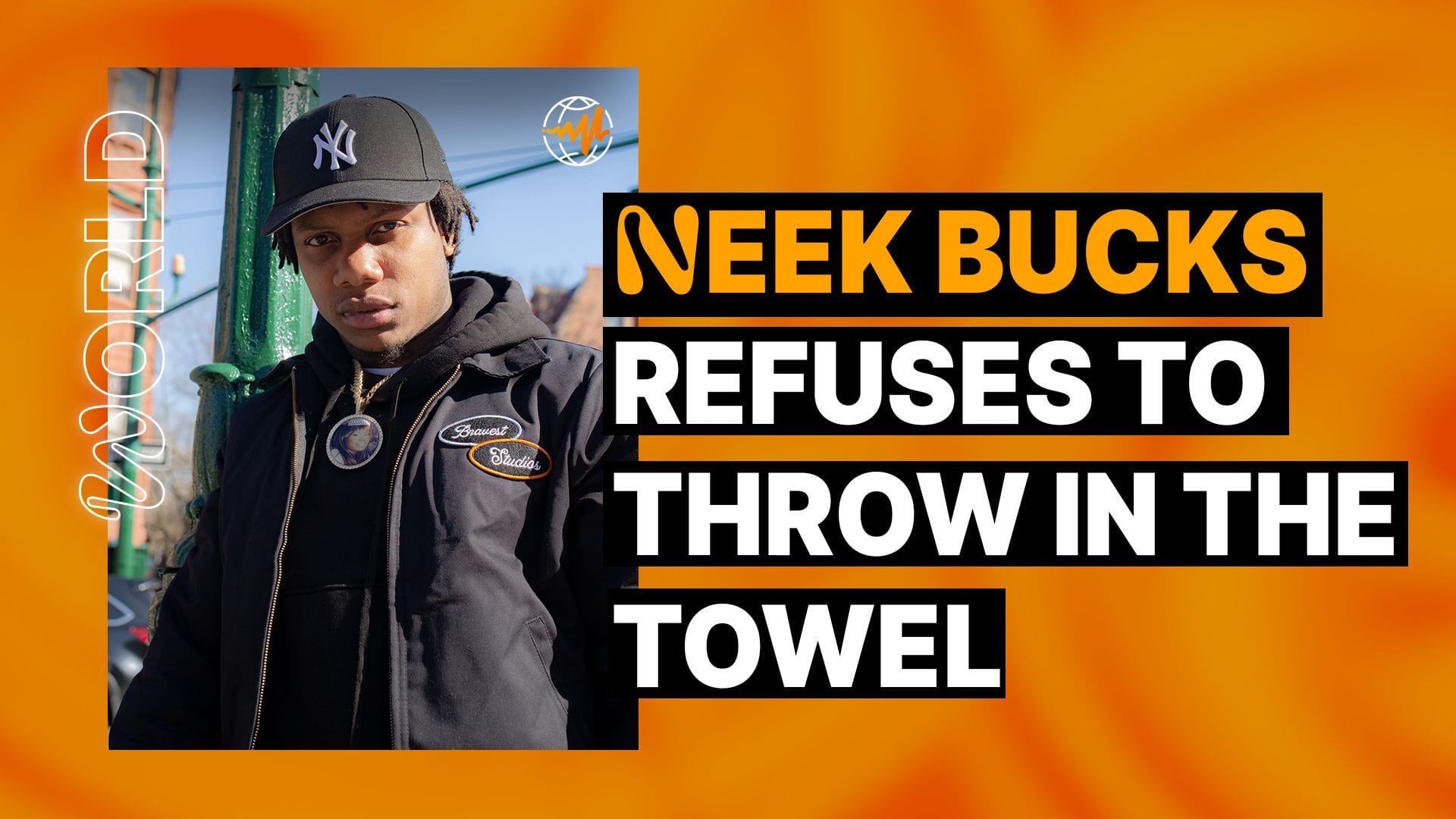 When Neek Bucks had a bullet removed from his head in 2014, the doctor told him he was here for a reason. The New York rapper was involved in a shooting in 2011 where he initially believed a bullet grazed his head. Three years of intense migraines pushed Neek to consult a medical professional, who revealed his condition resulted from a bullet lodged just under the base of his skull. “When I found out I had the bullet in my head, I was like, ‘Okay now you really gotta figure out what you wanna do because you’ve been given a second chance,’” Neek tells me via Zoom.

Neek didn’t take his second chance lightly. He released his third mixtape, aptly titled Here For A Reason, in June 2014, the cover featuring an X-ray of Neek’s skull, showing just how close he came to meeting his end. He’s spent the last seven years releasing projects, raising his now two-year-old daughter, and slowly piecing together his own independent rap empire inspired by 50 Cent and JAY-Z. His latest project, Neighborhood Hov, feels like a breakthrough; the spoils of his own personal war.

The music speaks to Neek’s determination. He hops between hardened street tales like “Pain,” featuring Benny the Butcher, and the melodic vulnerability of a song like “Fly Away,” featuring Lil Tjay. When I ask him how he’s stayed inspired after all he’s been through, his eyes become focused as he takes a second to find his words. “I’m not a quitter,” he says starkly. “I’ve come too far to just throw in the towel.” 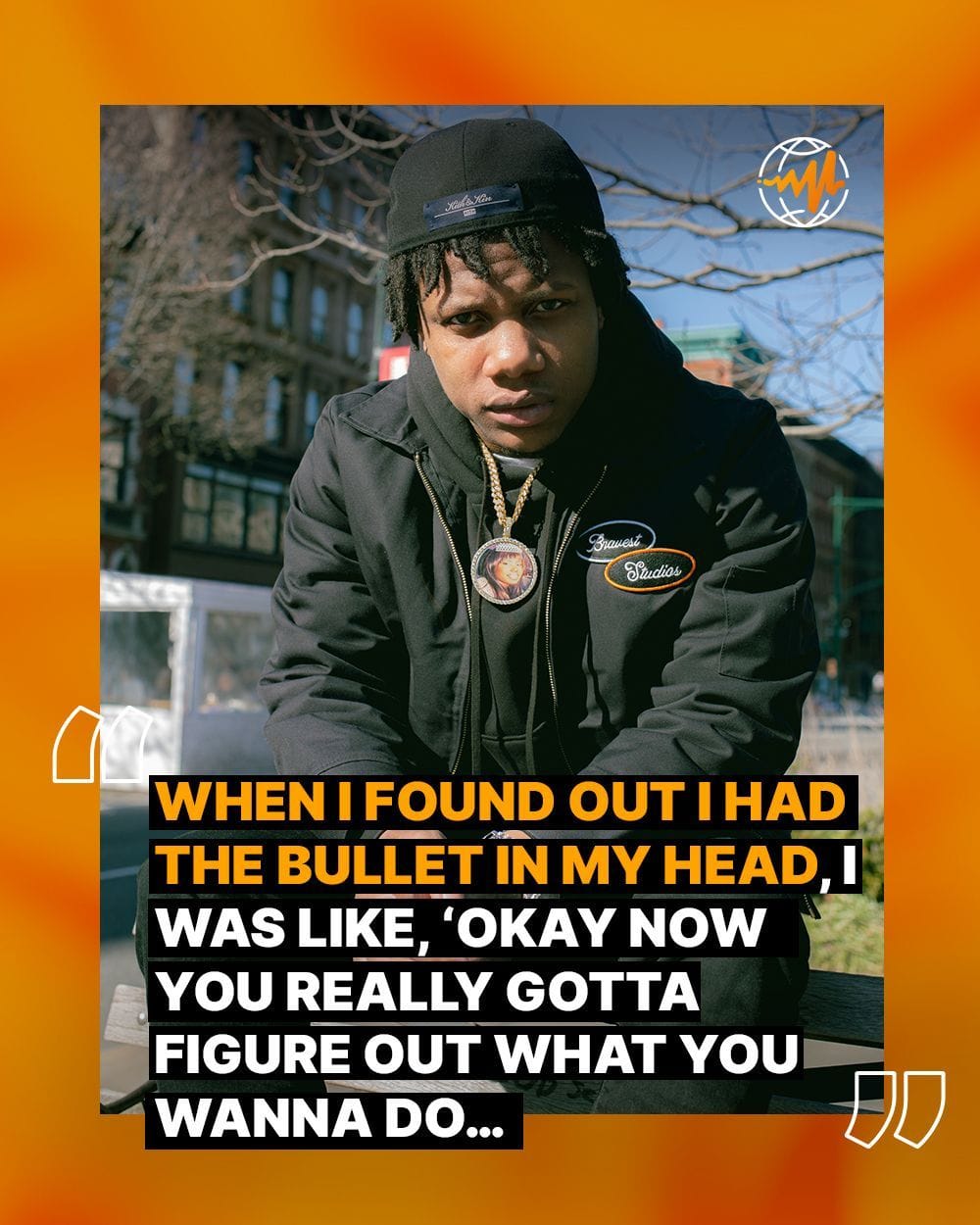 In 2011, a bullet grazed your head and left metal fragments in your skull you wouldn’t know about until years later. How did this moment inspire you while you were creating your third project, Here For A Reason?

After I finished high school, I went through this moment where I was trying to figure myself out and what I was gonna do. I was leaning more toward the streets heavier. When I found out I had the bullet in my head, I was like, “Okay, now you really gotta figure out what you wanna do because you’ve been given a second chance.” Once the doctor told me I was here for a reason, that was everything. It was the name of my first project coming out, and I just stuck with it.

When you were first getting started, you caught the attention of Jim Jones, who took you under his wing. Did Jim leave you with any wisdom you carry with you to this day?

One thing I learned from Jim was how to record without writing. He used to go to sleep, wake up, and record verses. I always wanted to be on the songs and not be left out, so I started doing the same thing and recording fast so I wouldn’t be left out. I also learned how to move while I was outside and stay safe from him.

How do you feel you’ve most improved as an artist between the release of Here For A Reason and Neighborhood Hov?

I’ve seen more. I’ve traveled way more than when I dropped my first project. At that time, I’d only been to the tri-state area. After that, I’d been to so many places and met so many people it expanded my mind. I’m a completely different person from then. I’m a dad now, and I’ve got more responsibilities. I view the world differently.

How has being a father affected the way you make music?

I try to watch the messages I put out because I know my daughter is gonna go back and hear these songs one day. Before, I’d be more free with what I say, but my daughter definitely changed how I deliver a message or what I want people to hear. I don’t want to misguide her.

What’s one thing you’d want your daughter to take away from your music when she listens to it in the future?

To live in your truth. I tell my story, so don’t be afraid to tell yours. You don’t know how it might help someone down the line.

I’m intrigued by the title Neighborhood Hov. You’ve cited JAY-Z as an influence in the past, and, like him, you’re diligently building your own brand. What have been the most fulfilling and difficult aspects of musical independence for you?

Going through the motions of it is stressful. There are times when you wanna stop because you’re paying for everything, and you’re your biggest supporter. That puts a lot of pressure on you because you gotta write the music, push the music, pay for the videos, pay the team. It’s hard, but I manage, and I got as far as I could with it. You gotta make the best decisions you can.

People respect what comes from me because they know the grind I’ve been on with it. Just pushing, pushing, pushing. When projects like [Neighborhood Hov] come from it, I think people appreciate it. 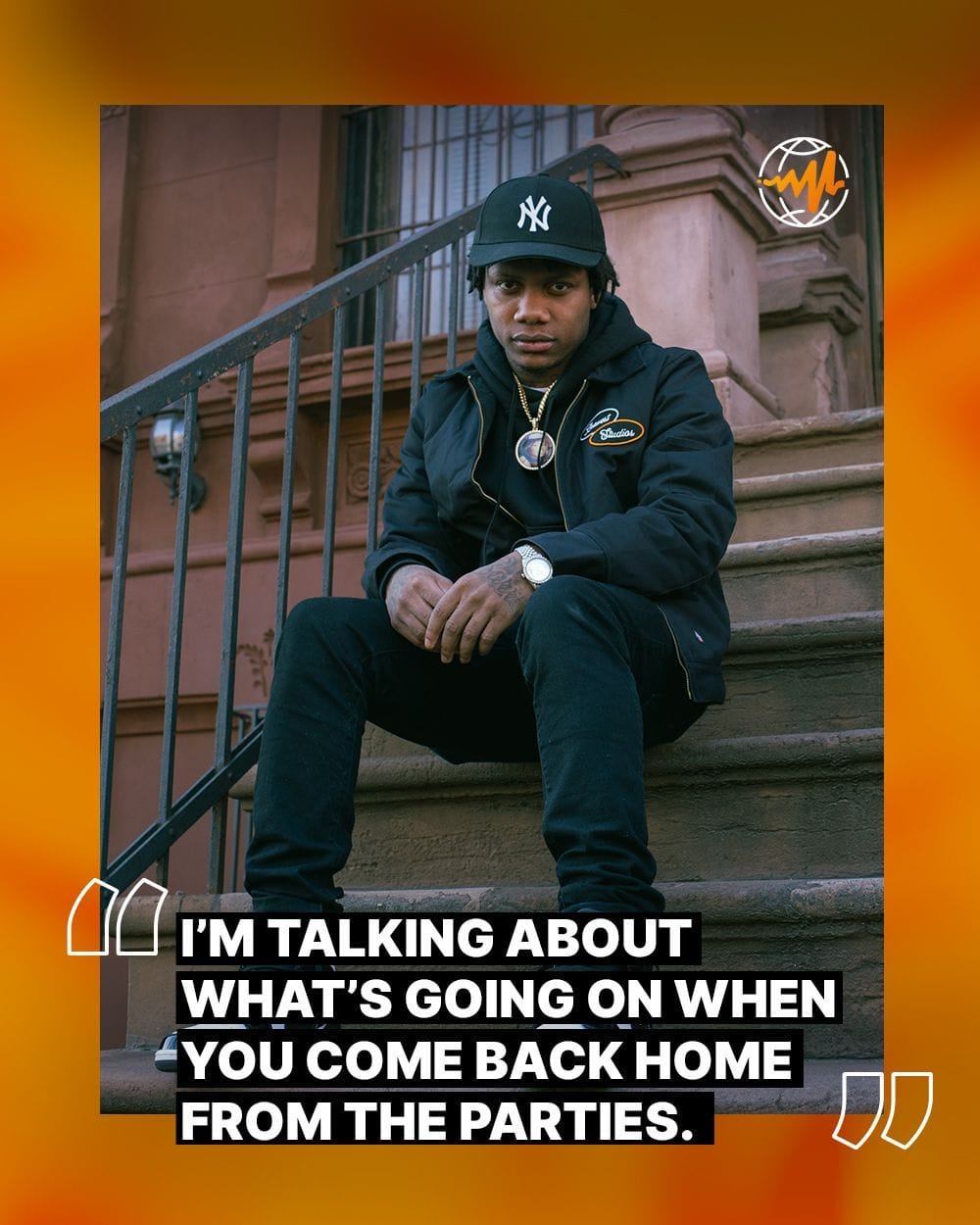 New York rap is slowly but surely inching its way back into the national conversation right now, especially on the back of someone like the late Pop Smoke. What would you say is the defining trait of your city’s rap scene in 2021?

New York music will make you feel good. It’s not down music; it’ll make you wanna dance and drink and have fun. New York music is fun right now. Drill music was what put New York back on the map. It feels good to go to a club in Atlanta and hear Pop or [Fivio Foreign].

Where does Neek Bucks fit into that scene?

That balance is what makes all of us human. How important is that balance to you as an artist?