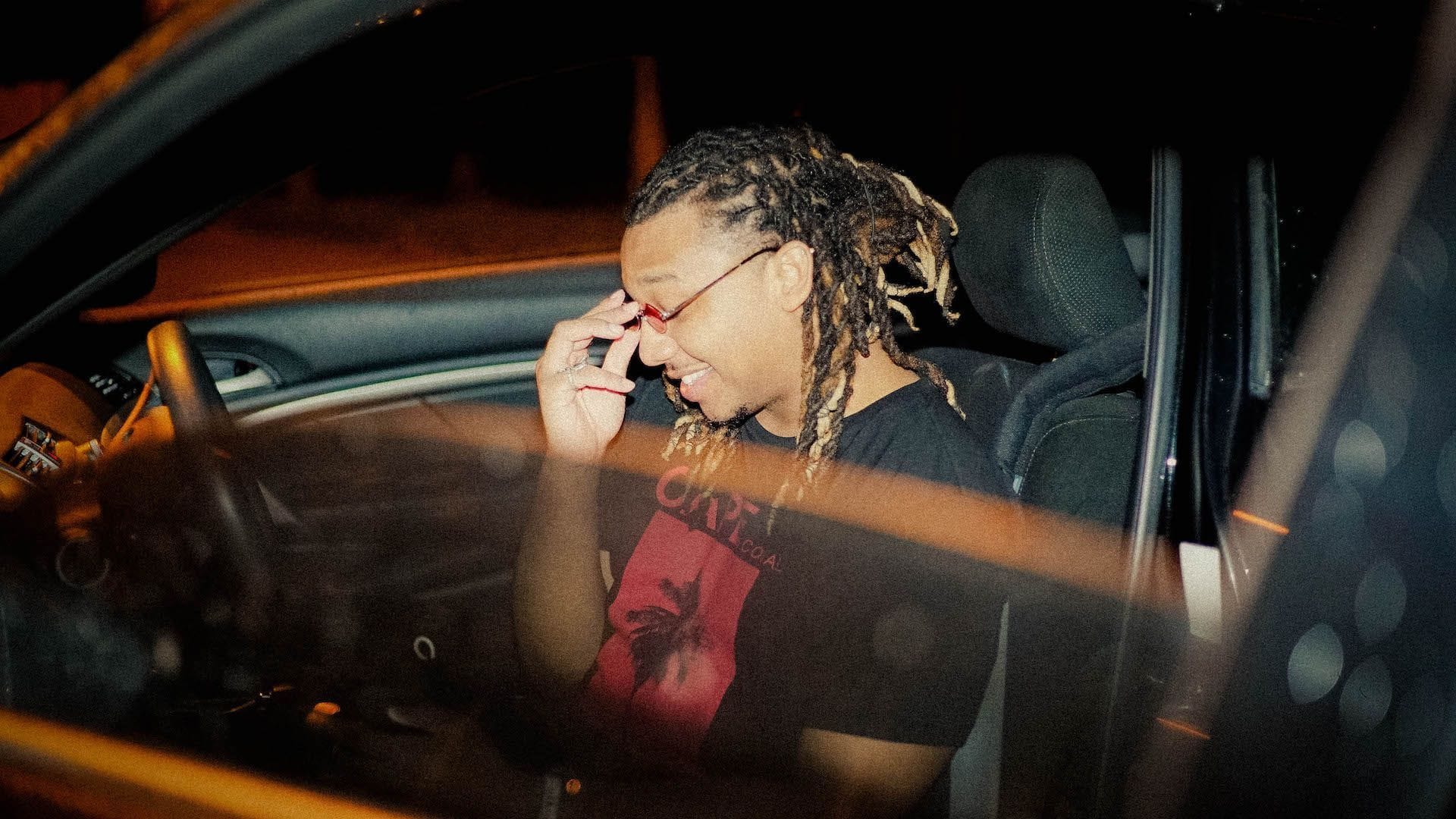 K-Si Yang is showing me how he used to network in person before the pandemic hit. He pulls out a rectangular gadget, no larger than a business card, and taps his phone with it to show me how it interfaces with the device to pull up a smartlink to his music.

Getting your music out there in today’s fragmented digital landscape is a challenge, and this “smart card” is just one of the many approaches K-Si, a 27-year-old Miami resident from Benton Harbor, Michigan, uses to scale this hill. He works out of high-profile studios to meet industry veterans (like Pleasure P, whom he went on to write for and collaborate with in 2018). He invests in himself by buying advertisements on Instagram and Facebook. He’s crafted a unique visual aesthetic oriented around his love of anime. But more importantly than all of that, he works fanatically on his craft, and his output reflects this dedication.

K-Si’s latest EP, What Do I Owe?, released last year, is a testament to this. It summons fond memories of the early 2010s R&B that captured the public’s imagination before copycats infiltrated the genre and began watering it down by sacrificing strong songwriting in favor of “vibes.”

From the buoyant melodies on a song like “What Do I Owe?” to the endearing way he oscillates between vulnerability and bravado on songs like “Drift” and “Touch Me,” K-Si’s knack for song structure is a constant. For all his flashy business cards and cool cover art, it’s this superpower that truly sets K-Si apart from his contemporaries. 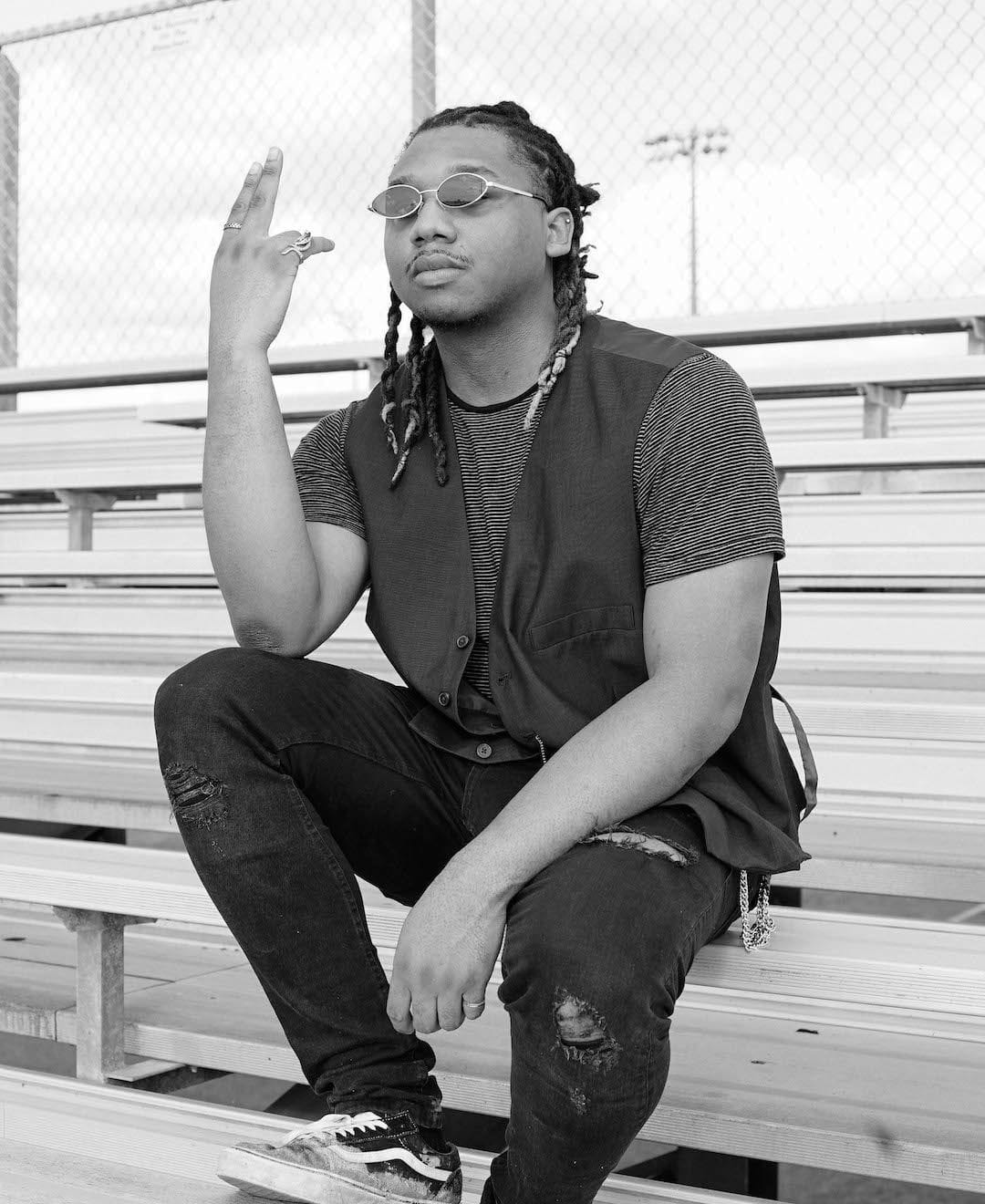 A lot of your album and single art features a heavily anime-inspired aesthetic. Is anime a big influence on you?

Definitely. And just cartoons in general. Growing up, I was into the bigger animes: Naruto, Dragon Ball, and all that. But it was just a branding option for me. Especially right now, because I’m not always able to shoot videos and stuff due to COVID. Not only is the artist I use talented, but it’s also a way for me to showcase a different side of myself and build my brand while still being able to be at home. I don’t have to go anywhere to get those done. But anime is definitely a big thing for me.

What motivated you to get into music?

I’ve loved music my whole life. My mom sings. My dad tries to. I grew up in a Baptist church, so I was in the choir at the church, and I ended up taking some choir courses in school, just because I knew that was easy for me.

My mom had this Yamaha keyboard she used to write songs on, but she ended up giving it to me when I got older, and I started making beats and producing stuff on there. That pushed me to start doing it by myself. I started with covers of other people’s songs, and I saw the reactions of people online who were like, “This is actually dope. You have talent.” So I eventually started putting out originals.

I feel like you’ve grown a lot in the last year, both in terms of your vocals and your understanding of song structure. What went into that progression?

I won’t attribute all of that to me, as much as I’d like to. Ghxst, and all the other projects I’d put out previously, I did by myself on [gestures] this very microphone right here. But on this most recent record, there were two main people who helped me put together a body of dope songs: GXNXVS and Dylan Graham.

GXNXVS is a dope producer from Australia who produced the song “What Do I Owe?”—and we actually have more records coming out. But I’ll send him a full song, and he’ll be like, “I like what you did, but I’m gonna move this over here, and take this out.” He’s very particular, and he knows what sounds good. He definitely pushes me because when I think a record is done, he’ll push me to go back to do ad-libs or record additional vocals.

The same thing goes for Dylan, who really executive produced that whole project. I always love when people are putting in their ear and offering input because if I’m doing it by myself, I’m only gonna hear one aspect of it.

If a listener hears your music for the first time today, what’s the first impression you want them to take away?

I want them to get an accurate picture of who I am, and I hope that listening to my music helps them with their relationships with their families and helps them express some emotions they need to express.

It’s always the pop record that blows, but for me, the records that always hit are the b-sides, the ones where the artists are talking about things they ordinarily wouldn’t put out there. I hope my music helps people realize the things about themselves they need to realize.

What do you hope to accomplish in the industry in the next five years or so?

In the next year, I want things like this [interview] to continue. I want to be on every publication, and I want my face to be plastered everywhere. And then, in the next five years, I want to be living in a mansion somewhere, with my equipment and my boys around me. I want to have at least three records on Billboard. I want to get some songwriting in the books for some heavy hitters. I want to collaborate with big-name artists I’ve listened to for years, like Ty Dolla $ign, Jhené Aiko, Kehlani, Alina Baraz—just people who are out here making similar music who I know I could crush a record with. I say this in the most humble way possible, but I’m trying to take the game over.