Drumma Boy links up with Audiomack for a gem-filled interview, discussing all things production and respect in the game. 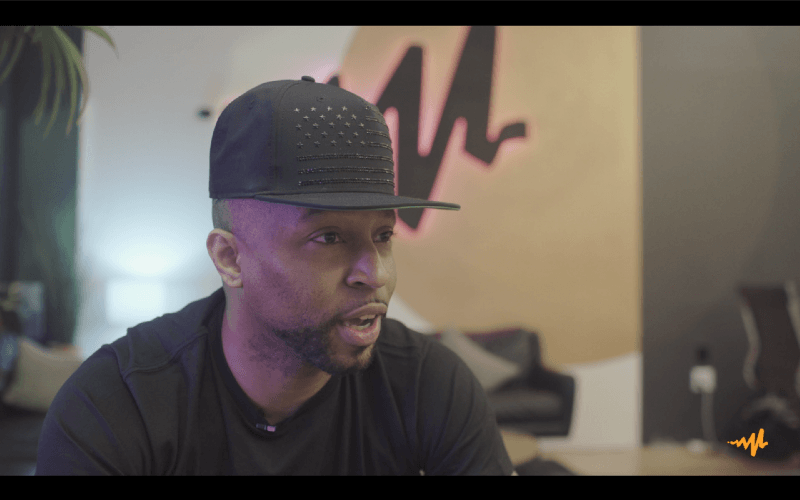 Memphis rapper-producer-writer-composer Drumma Boy is an unsung hip-hop legend. Working with the likes of Jeezy, OutKast, Bun B, Lil Wayne, Juicy J, and many more, Drumma has firmly cemented himself in hip-hop history. With a sound that dips into his classical and jazz influences as much as his trap and Southern roots, Drumma Boy is a critical voice in hip-hop’s ever-evolving soundscapes. A wellspring of knowledge, Drumma Boy dropped by Audiomack studios in SoHo for an interview discussing all things production.

“Essentially, it’s just about what we deliver to artists,” Drumma Boy says. Producers are at the forefront of music conversations because they are able to communicate a feeling in their beats that transcends the written or spoken word. People like to say that sometimes the beat saves the song, and there’s good reason for that. Drumma Boy goes on to list all of the best producers he knows, noting that they also rap, and cites how crucial that verbal element is to being a well known and successful producer.

Now this is a bar. Drumma Boy’s advice, focusing on the work and developing yourself instead of chasing trends, is a sure-fire way to sustain a lifelong career in not just music, but in any creative field. There will always be people chasing money and chasing clout, but while clout can’t last forever, respect and talent will always rise to the top.

Make sure to watch the full interview for more advice and gems from Drumma Boy, and check out Audiomack’s YouTube channel for even more interviews with the likes of Zaytoven, Rico Nasty, the YBN Crew, and more.