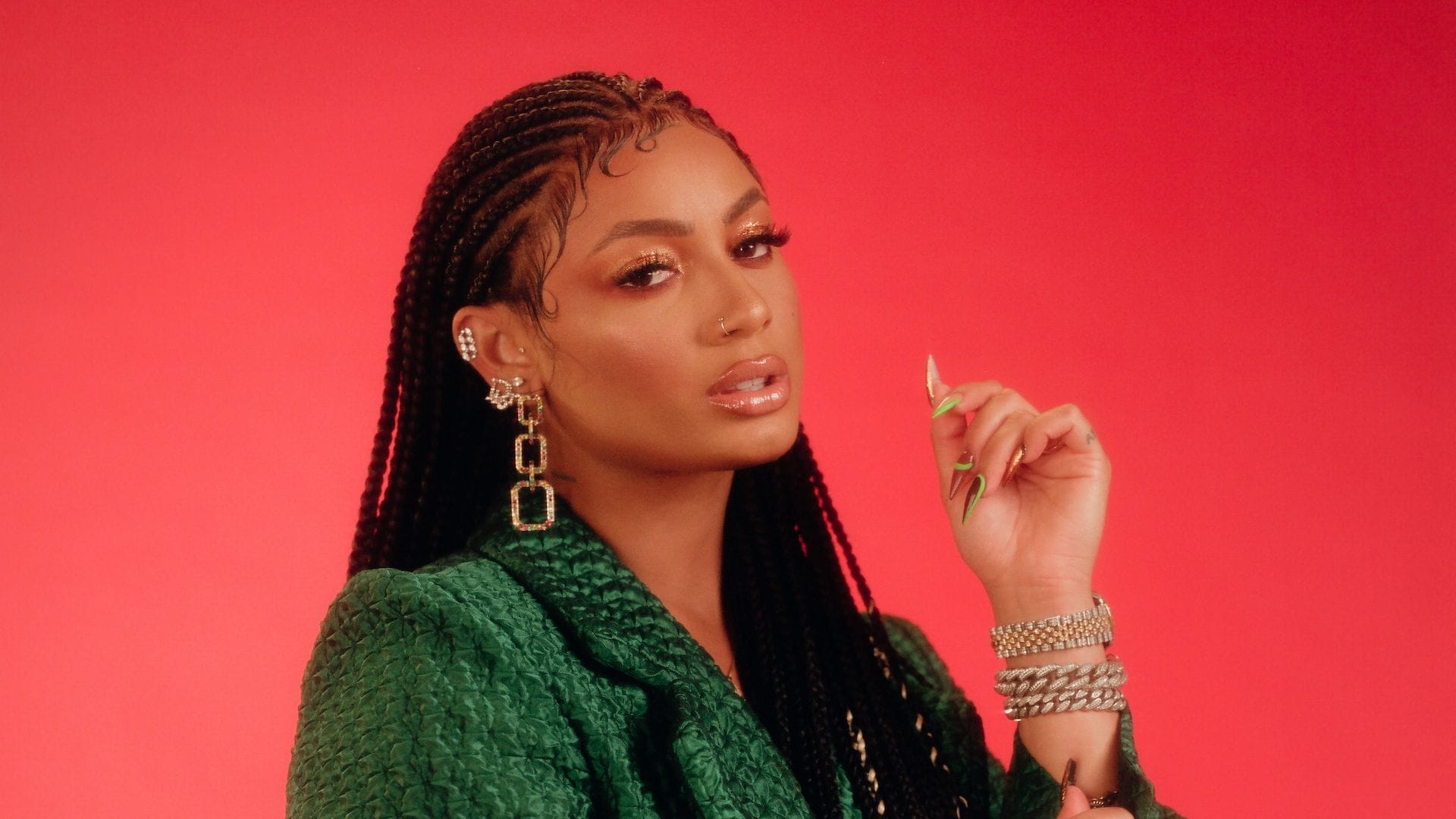 Miami-born DaniLeigh has a plan: take care of her family, never give up, and recognize her worth as a woman. The Def Jam signee’s 2018 debut album, The Plan, was her initial way forward. Across the album, the R&B singer and skilled rapper, now 25, develops a versatile sound not boxed-in by her big single, “Lil Bebe.” Dani’s work on The Plan teeters on raucous, with sweet melodies laced in to smooth out the spikes of energy. It’s a delicately crafted debut wherein the artist sounds like she had all the confidence in the world and still desired to prove herself and motivate fans along the way.

Today, DaniLeigh returns with her full-length follow-up, MOVIE. A gentler and more romantic approach to her bubbling sound, Dani still brings the aggression on the Fivio Foreign-assisted “Dominican Mami” and single “Monique,” two worthy songs in the vein of “Lil Bebe,” with an added twist of letting us into the world of DaniLeigh’s well-earned pride. A natural-born performer, DaniLeigh’s deliveries carry MOVIE, whether she is crooning about love or stomping out a beat. The confidence of The Plan is doubled; DaniLeigh sounds more sure of herself than ever.

MOVIE feels freer and more focused on DaniLeigh’s own personal tastes. The artist who worked with Prince at age 18 uses this record to continue her mission to be known worldwide for her music. With features from DaBaby, Gunna, and more, MOVIE feels like a superstar moment. Most importantly, MOVIE is the logical next step for Dani, an album to be played during frigid winter nights to warm you up to your lover in the time of quarantine.

It’s been close to two years since your debut album, The Plan. What was the biggest lesson you learned from releasing that album?

I was proud of that work. I felt like it deserved music videos. “Do It To Me” should’ve had a music video. It could’ve really went. It was my first album, and I had two singles on there that broke me as an artist. I’m grateful for it. As long as you have a couple of those joints and a solid body of work, as an artist, you can really grow. It had “Easy” and it had “Lil Bebe,” so it was my stepping stone and showed my versatility as an artist.

The last time we spoke, you told me about the importance of finding your worth as a woman. I hear that all over the newest record, MOVIE. Do you feel more secure in yourself?

Definitely. I have my moments where I lose my worth because of a dumb situation, but everyone has that. I definitely have grown. There’s things I’ll never do again. I’m excited to grow more and showcase that in my music and inspire people to grow. At the end of the day, we are all human, so we get through life. 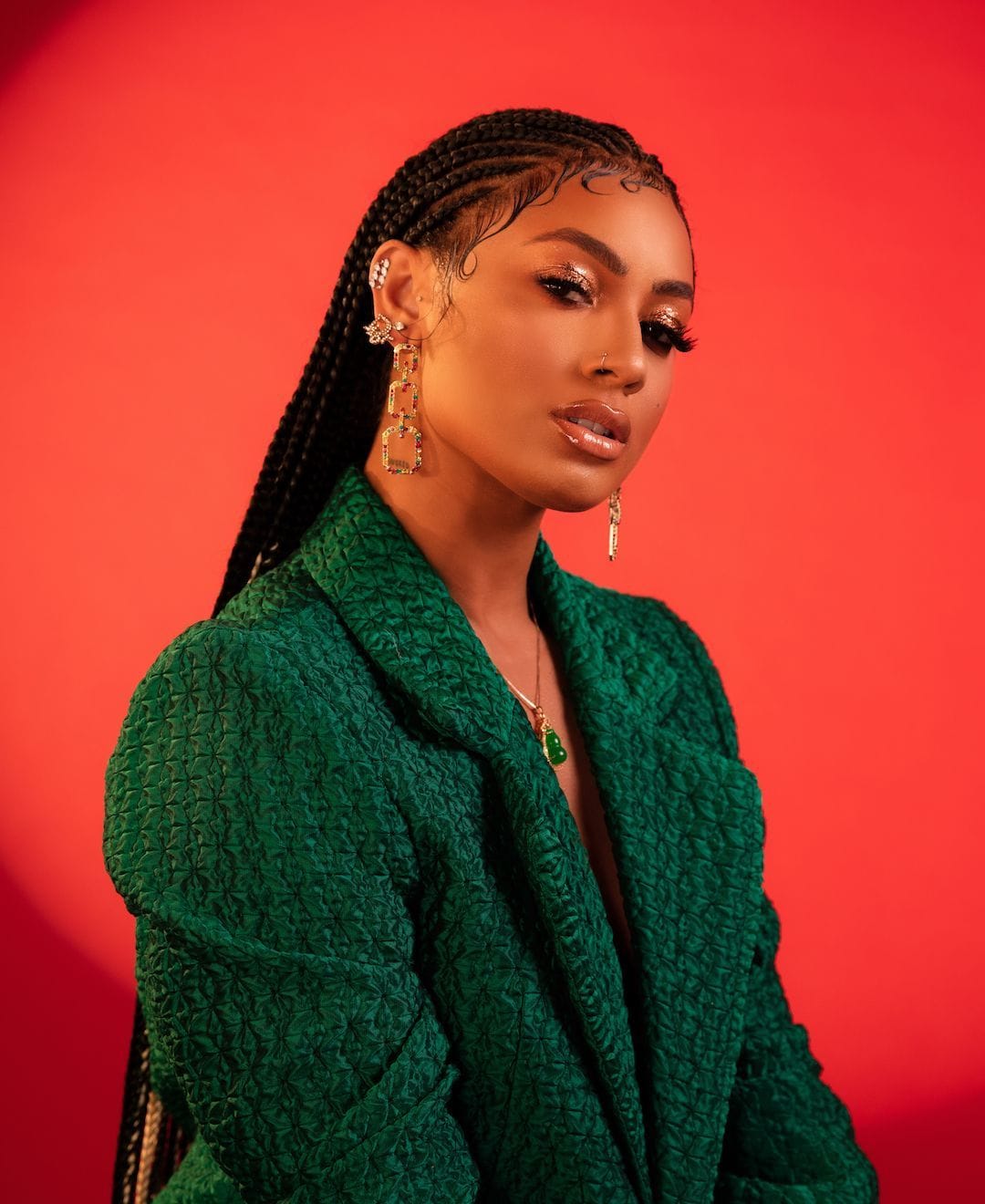 As a natural-born performer, how devastating is it you can’t put on a proper live show in support of this album?

I definitely am [devastated]. I’m planning my own virtual tour, but to hear people singing with me… All my fans… It does suck, but hopefully, in due time, things can get back to normal.

Which song on MOVIE was the catalyst for the project? The song that let you know you were working on an album and not another single.

I feel like “Last Night” tied it all together. That was so real-life for me. That was the record I felt like people have grown through, and they can feel me. That’s why I made it the outro, to remind people I go through this type of stuff too: betrayal and hurt.

How important is relatability?

I am not a big speaker when it comes to my private life, so my music is my outlet to let people get to know me. It’s so important for me to make sure I’m 100 percent authentic with it and making sure people know what I’ve gone through so they can feel me. Hopefully, it can heal people as well, listening to my story.

The standouts here are multiple, but “Monique” is really the one for me for all your confidence. Can you talk to me about the making of that record?

Shout out to my boy Retro Future! We were finalizing my album, and I wanted to have more ups. That’s all I was cutting: uptempo type tracks. He played that beat, and I was like, “Oh, that’s crazy!” I’ve been working with him for years. He was on my first EP. He knows my style and what I like. My engineer had brought in this writer, Rayvon DeRay Welch, and he’s super fire. We vibed out, and it was such a great session. He let me do me, I let him do him, and we made the song. I was in my bag, for sure, with that record. About to flex crazy and let people feel the same way.

MOVIE is a touch softer than The Plan. Would you agree?

The way I make an album is just going through life and always recording. I always, always go through it, and I just happened to pick all the best records, and it just happened to be a more R&B album.

With MOVIE, your writing gets a touch more incisive, too. How do you feel you’ve grown as a writer on this album?

I have grown so much as a writer! I wrote a lot on The Plan, but I was more into co-writing and learning. Now, I’m doing all my stuff. I got to work with people I trusted. My business is my business, and I don’t wanna trust no one with my life story. “Famous” is a good one. I freestyled that one. “Superstar” is another one where I just freestyled—I got off the phone with someone and felt in love! It was all real.

Do you think you’ll ever be 100 percent satisfied with your sound, or is being your biggest critic part of growing as an artist?

I’m super happy with my sound. It’s so me, even if it’s an R&B record. It’ll have my little rappy melodies. My melodies [are] my main thing when it comes to writing. Sometimes people will help me write lyrics, but I’ll do all the melodies. That’s one of my key things. I love my sound, and I’m super confident with it!

Is there anything you’re still hoping to do that you wished for when you were little Dani?

When I was little, I didn’t know what I was gonna do. My mom put me in dance class. Even when I moved to LA at 16, I didn’t know what I was gonna do. I just made my way. Once I locked into the studio, that’s when it was like, “This is what I love to do. I’m gonna take care of my family doing this. I can inspire people!” There’s so much I want for myself and so many goals. I wanna be an influence to women in the game. My mom is such a businesswoman, so she inspires me a lot.