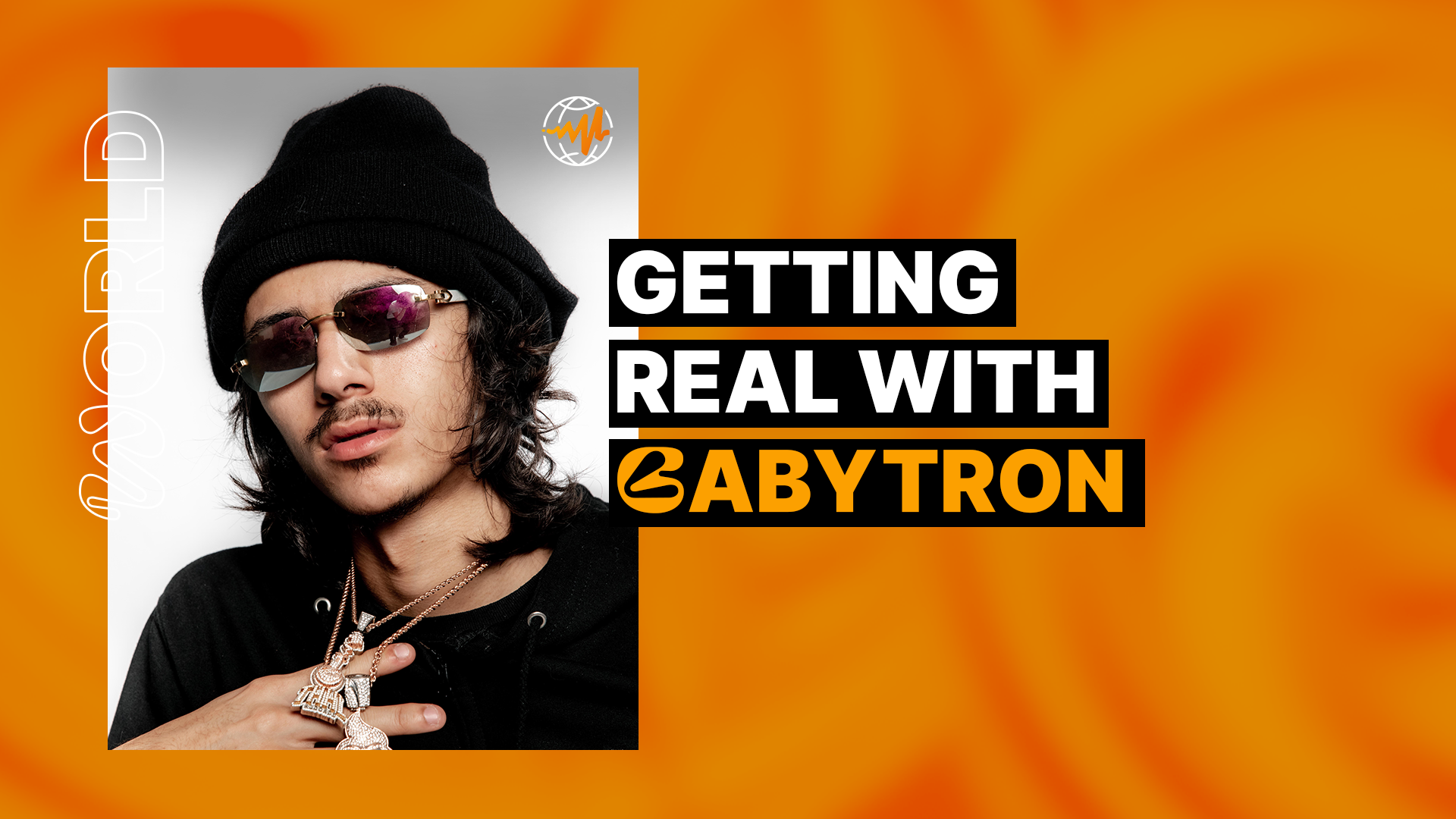 BabyTron is sitting across from me at a chess table in Lower Manhattan’s Columbus Park when a bird takes a shit on my phone screen. Our conversation pauses for a second as we and his crew all stare at the blotch in disbelief. Everyone gets up from the table and begins covering their heads with whatever they have on hand. As he jukes away from the area, BabyTron looks back at me and, without missing a beat, blurts out the phrase of the day: “My bad, I probably summoned that. ShittyBoyz!”

This interaction typifies the music of the 21-year-old Detroit rapper and founding member of the ShittyBoyz: practiced and effortless, with laid-back energy that helps the jokes and jewels land with more impact. The son of a rapper who was once signed by Insane Clown Posse, BabyTron grew up watching groups like Doughboyz Cashout and Team Eastside hit their strides while he, friends, and ShittyBoyz co-founders StanWill and TRDee began recording their take on Detroit’s increasingly popular brand of scam rap in high school. “I remember when Jeezy signed Doughboyz,” he tells Audiomack World. “They were the first people I seen do that type of thing. It made that shit seem possible.”

While the ShittyBoyz built up steam, Tron’s projects, particularly the Bin Reaper series—the second installment of which was released last week—split the difference between being relatable and funny, his own twist on the fast-paced street rap that’s taken Detroit by storm over the past decade. Though his writing flows in a non-sequitur fashion, he cares very deeply about his craft. He spent years writing his raps down but eventually trained himself to recite off-top during the pandemic, resulting in marathon recording sessions that yield dozens of songs. 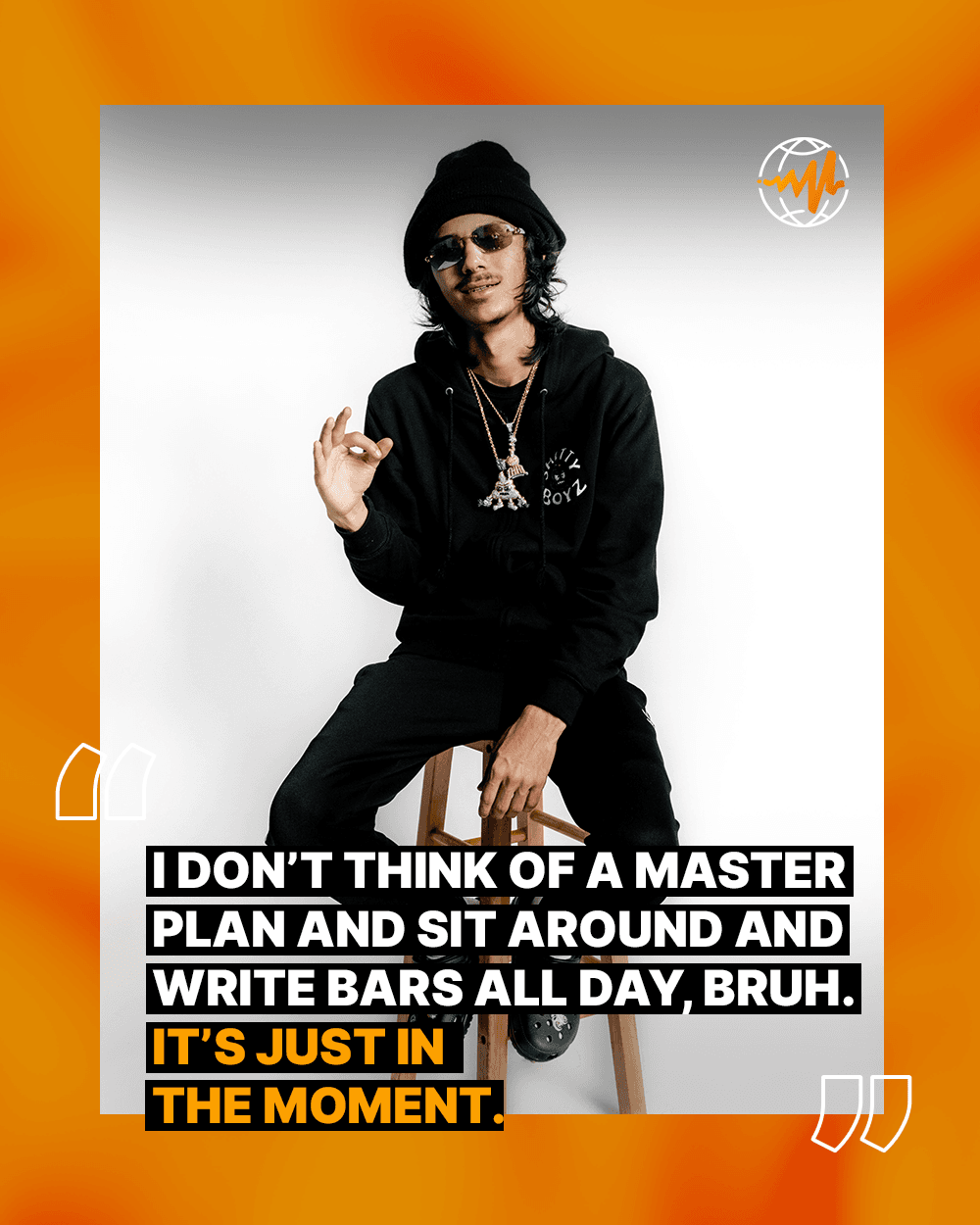 Bin Reaper 2 was born from a stash of nearly 50 songs he’d recorded after the release of his first 2021 album Luka Troncic, narrowed down to 27 tracks worth of scams, flexes, and introspection. “We’re trying to make you think about some shit, or help you relate to some shit, or crack a joke with you,” he says. “It’s some shit you can actually connect to and engage and be a part of instead of just listening to it once a month.”

Were there any specific Detroit rappers you grew up listening to?

Doughboyz Cashout, Team Eastside, BandGang. Really just everyone who was coming up at that time.

What was it like being around as that era of Detroit rap was starting to pop?

It was cool. I remember when Young Jeezy signed Doughboyz. They were the first people I seen do that type of thing. It made that shit seem possible. They had the city on lock, for sure.

When did you first meet StanWill and TRDee and how did ShittyBoyz first come together?

I met Stan when we was younger at school. Then we went to high school together and Dee was one of them new people. Sometimes, you just bond with people and they’re genuinely cool and you have the same hobbies and interests. [Stan, Dee, and I] were always just cracking jokes, very natural and organic. Those always been my guys. It’s cool that my guys could rap, too. We didn’t force nothing. We was just in the studio killing shit.

You reference wrestling, basketball, video games, even Harry Potter. But you also be talking real shit on top of it. Does that mix come naturally to you or does it require a lot of planning and arrangement?

Definitely naturally. I didn’t write nothing for [Bin Reaper 2]. I just go in the booth, record, and vibe out. I don’t think of a master plan and sit around and write bars all day, bruh. It’s just in the moment, bro. 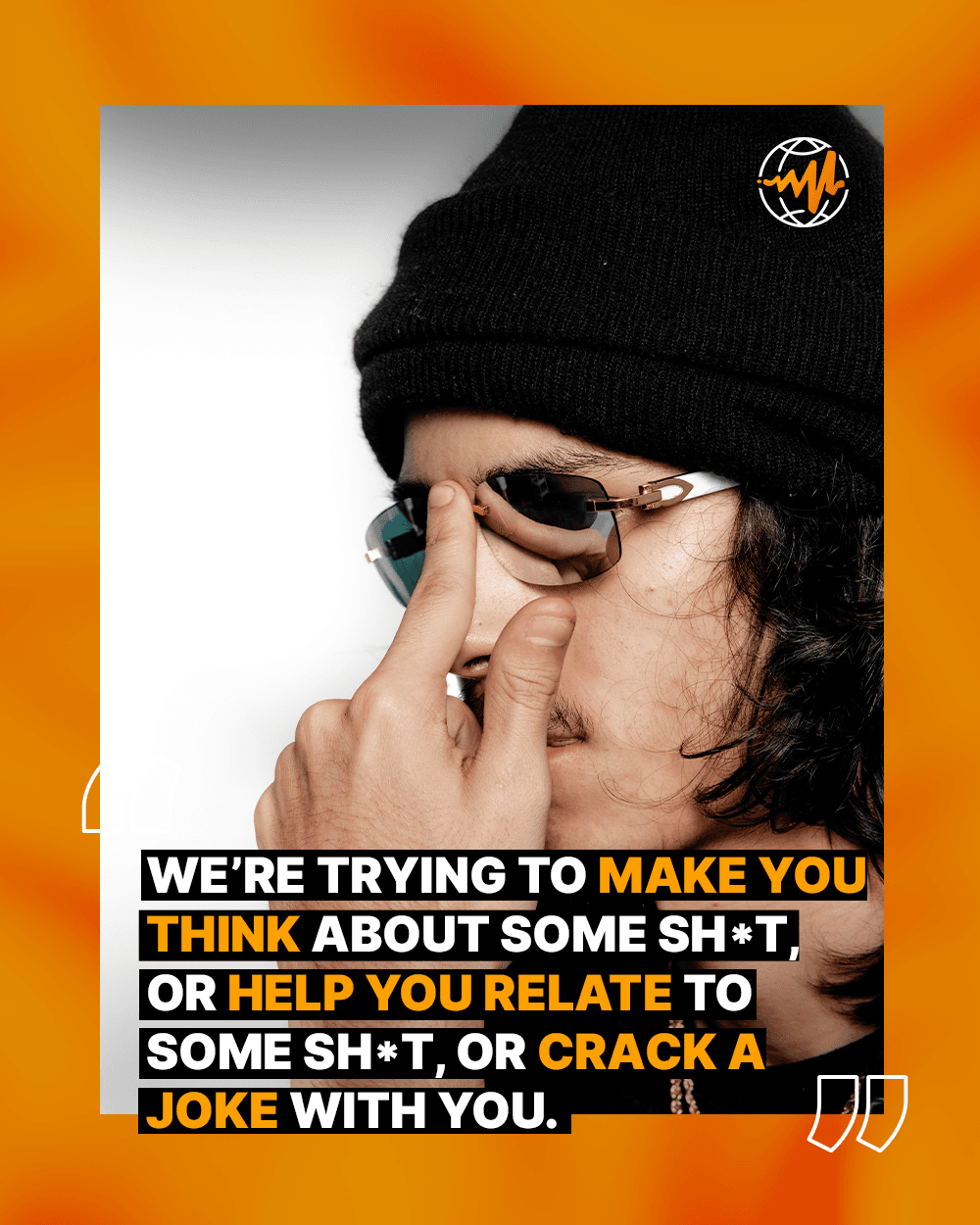 Had you physically written beforehand or did you always go off top?

I picked up [rhyming off the top]. I was always naturally good at rapping to the point where I could get a verse to you, but I wanted to write more because I didn’t have everything like flow and delivery down. You gotta work on your craft. Basically, I was able to not have to write it down and read it because I definitely had to write it down at first. It’s not as easy as it looks, but if you work on it, it’s really nothing, bro.

I stopped writing when COVID hit because I have an at-home studio. I was making crazy-ass shit at the crib without having to write it down. Maybe I was thinking too hard before, but now it’s overall just as good. You would’ve thought somebody would’ve had to write it down. As long as I can keep it that way and move in the right direction, I think I’m good.

Between projects like Luka Troncic and both entries in the Bin Reaper series, you drop a ton of music on every project. Bin Reaper 2 the same number of tracks as Kanye West’s DONDA.

How often do people tell you that your raps are “funny”? Is that something you strive for in your music? One of my favorite bars of yours is “Up chop and let it go like I’m Keyshia Cole” from “Dead Man Walking.”

It’s just natural. I’m gonna crack a joke, bro. If I spend an hour in the booth, I was gonna crack a hundred fucking jokes outside the booth. That’s just the type of person I am, so I’m gonna have to crack a few jokes while I’m in there.

I only ask because I had a conversation with Flint rapper BFB Da Packman earlier this year and he kinda bristled at the idea of people finding his shit funny. It’s a thin line between being a rapper that’s funny and being a Funny Rapper, if that makes sense.

I ain’t looking for a joke every line, but if something funny pops into my head and it rhyme with what I just said, then I’m gonna say it. It’s part of the [Detroit] culture for sure.

Michigan rap, specifically Detroit, is one of the most vital scenes in the game right now. What do you, and the ShittyBoyz at large, bring to the table that no one else does?

If you listen to our music, it’s just a different wave. Everybody’s got their own niche in this shit or whatever, but we just got our own style. We’re really rapping, bro. We’re not trying to sing a melody or anything; we’re trying to make you think about some shit, help you relate to some shit, or crack a joke with you. It’s some shit you can actually connect to and engage and be a part of instead of just listening to it once a month or whatever.

Is that something you look for in the music you listen to?

It’s cool when you can relate to a motherfucker. When you put it that way, that’s definitely the type of person I wanna listen to for sure.