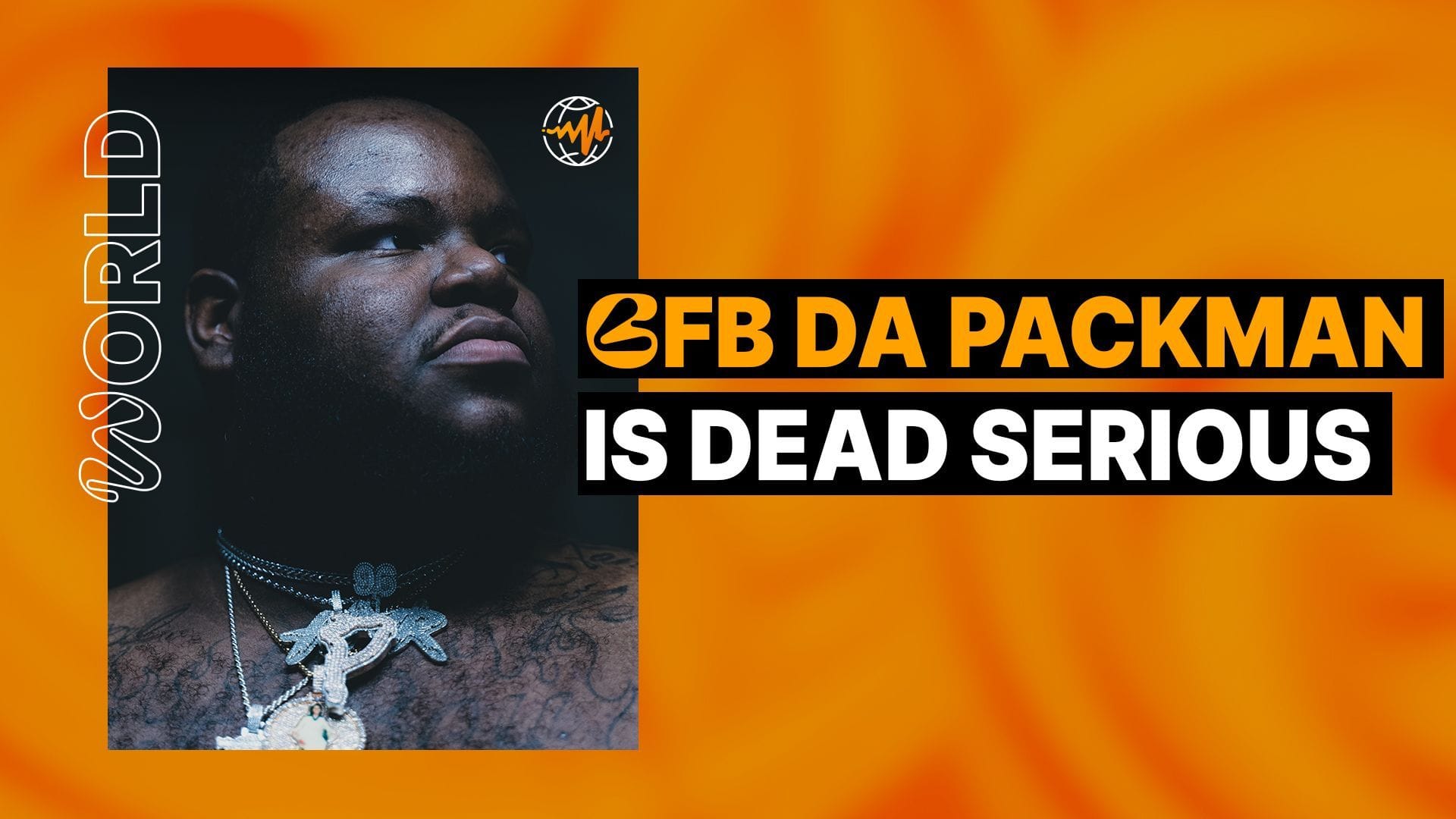 Bfb Da Packman balances a tendency to shock audiences with a genuine love for the art of rapping. Throughout our conversation, the Michigan rapper takes time to spit full verses from songs by Rick Ross and Payroll Giovanni with the same giddy energy that he brings to rapping about how bad at sex he is. “When we get to talking about things that inspire me, I get lost, bro. My bad,” he tells Audiomack shortly after breathlessly quoting Ross’ “Jumping Out The Gym.”

Growing up in Flint, Packman was listening to local artists like Doughboyz Cashout and still-peaking legends like Lil Wayne, but Rick Ross’ inimitable swagger inspired him the most. “No other fat nigga gave us confidence like Rozay,” he admits. Today, Packman’s confidence manifests in his ability to flow over the frenetic beats of Michigan’s booming street rap scene while reeling off personal life details and desires with little to no shame.

Packman’s debut studio album, Fat Niggas Need Love Too, stretches the limits of his ridiculousness and results in his most varied project yet. There aren’t very many rappers who can sell having a dick “harder than a math problem” and being robbed by family members with the same level of deadpan sincerity in the same song as he does on the standout “Bob and Weave.” This gobsmacking dichotomy is a part of Packman’s appeal, a space where the line between facts and jokes blurs into nothingness.

“[My music] really don’t be funny,” Packman says with a smile. “It’s all factuals.” 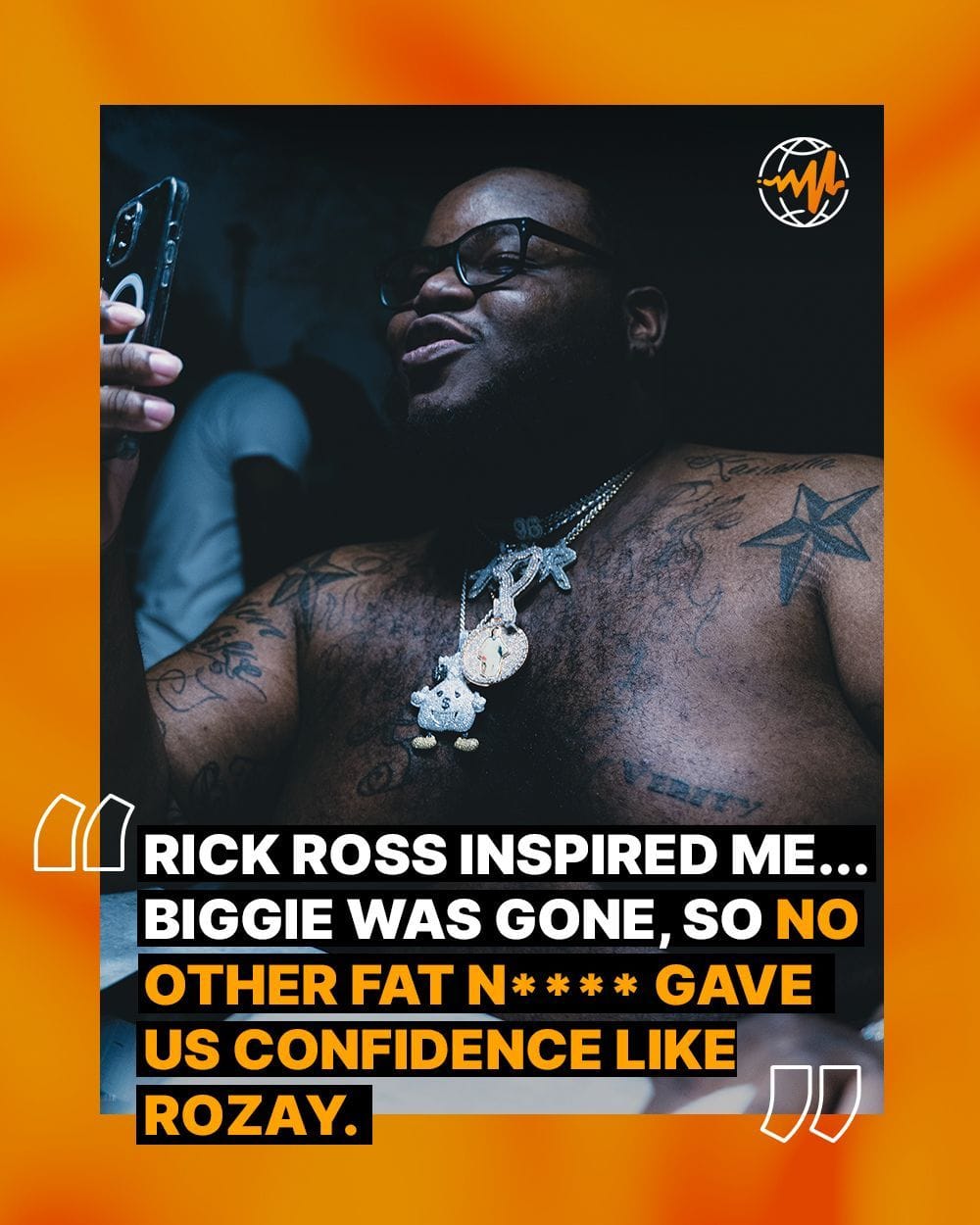 I want to know more about your relationship with rap as a whole. When did you first begin actively listening to rap?

Shit, it was really my big brother, man. My brother’s five years older than me. A lot of Hot Boys, Cash Money. My momma was bumping the Trina album. She was bumping a lot of Mary J. Blige. She probably doesn’t like being called Auntie, but [Mary J.] was all our aunties, bro. She raised us. How old is you, bro?

Yeah, you was old enough. Who was you influenced by, if you don’t mind me asking?

I was really big on Bow Wow’s Beware of Dog coming up. I had heard other rap albums before then, but that was what turned me into an active listener.

We all were. I feel you, bro. If they was a ‘90s baby, they was for sure inspired by Bow Wow. Believe that.

Was there any one particular song or artist that made you fall in love with rap? I hear you’re a big fan of Doughboyz Cashout.

Rick Ross inspired me, bro. I was listening to him in my teens. I was a teenager trapping out my momma’s house listening to Doughboyz Cashout, Jeezy, Rozay, and Meek Mill. [Ross] gave me that swag, that confidence. Biggie was gone, so no other fat nigga gave us confidence like Rozay. He held it down. A fat nigga walking around with his shirt off with the chains and the tats on. He was The Boss. It was abnormal. Biggie wasn’t taking his shirt off, man.

When did you formally decide you wanted to be a rapper?

That era from 2008-2012. I always wanted to be a rapper, but that era was when I wanted to be a rapper and a trapper at the same time. I was leaving out of middle school and turning into a man. I want pussy, I want money, I want clothes. This is where my momma stopped buying my deodorant and underwear. We can ask my momma, bro. I always wanted to be an independent man who takes care of his family. I didn’t know I was gonna have this much cheese, but I knew I’d have some cheese, my own car, and my own crib.

You live in Texas now, but your style will always be indebted to the Flint rap scene. What do you feel is this current wave of Michigan street rap’s most unique trait?

That sound you hear right now is from Flint. Them beats you be hearing all over the world now? It comes from a nigga named Enrgy, bro. If you listen to Detroit music before Enrgy, you’re gonna hear Helluva. You’re gonna hear Rocaine; you’re gonna hear, “Pooh, you a fool for this one.” When Enrgy came in 2019, he and Rio [Da Yung OG] busted all of Michigan open. 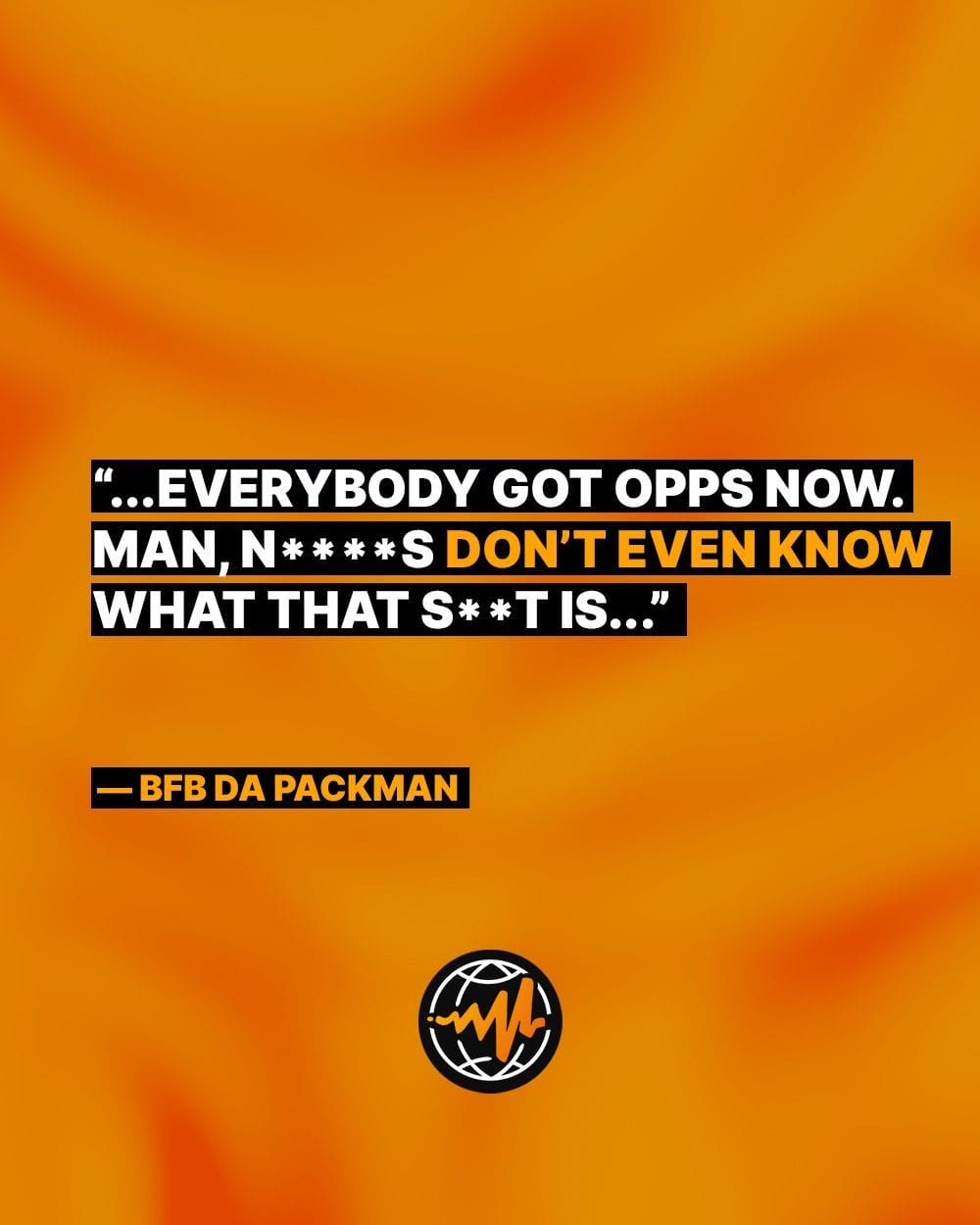 Fat Niggas Need Love Too shows your versatility and range as a rapper. Not everyone can hold their own with Benny The Butcher and Zack Fox on the same album. Did you come into this project wanting to prove how much you could do?

No. This is naturally me. I wanted to make a piece of art instead of music, and I feel like I didn’t do that. But on my next one, I’m doing that. I’m taking more of a leap toward the art side of things.

I’ma rap, but it won’t be all punchlines. It’s gonna be a nice story. Kinda like the West Coast niggas’ albums. Name one West Coast nigga that has bad albums, bro. They have tight albums from skits to beats and everything. That’s art. Even Fat Niggas Need Love Too is me trying to tell a story. All them skits on there? That’s shit I actually went through.

Do you feel people don’t take your music seriously because you’re considered a Funny Rapper?

Any nigga who knows rap music will tell you I can rap. I can cut it all out when I need to. And it really don’t be funny. It’s all factuals. Name a funny bar. Name one. It don’t matter what pops into your head. Name me one right now.

“If Lizzo sold her coochie juice, I wanna buy a swiggle” comes to mind.

You mentioned wanting to create your piece of art. If Fat Niggas Need Love Too isn’t that, what does the album say about you as an artist?

It says that Packman is himself. Get a kick out of that. Everybody serious and everybody gangsta and everybody got opps now. Man, niggas don’t even know what that shit is, for real.