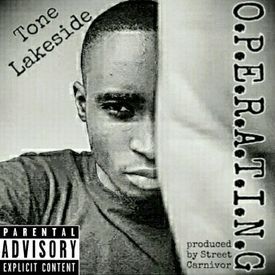 The song “Operating” comes as a solo single prior to a forthcoming EP from the rapper, and speaks of regular operations of a young man trying to get by in the city. Produced by South African music producer Street Carnivore, the song delivers a soft laid back vibe, with a composed beat and flow but sadistic wordplay and fascinating rap lingo by the emcee.

Tone Lakeside has no other uploads.