Thomas Twumasi known professionally as Thomas The Great, is a Ghanaian rapper, singer and a songwriter. He is an independent artiste under Life living Records He is part of the music crew called GAK, a music crew based in Kumasi which consist of O’Kenneth, Kelvin S, Reggie Osei and DAJ Vandyke. He started his career in 2019 with hiphop. He switched up the scene and picked up in the Ghana drill movement, termed Asakaa. Where The blueprint is from his music label, life living records. He started with the collaboration with Kelvin S and featured Kwaku DMC on the Lurking song. He went viral and dropped his first music video on his song Titled Gang Gang, which featured Jay Bahd, Thywill and O’Kenneth on another collaboration with Kelvin S, on THE FABULOUS CITY EP. 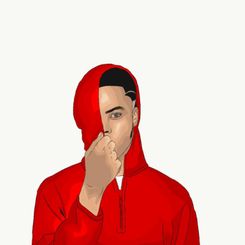