Can an engineer be considered a rock star? Renaissance Music Records’ swiss army knife Surf Crews believes so. Serving as a recording/mixing engineer, rapper, singer, and songwriter, Crews aspires to be the high profile name of audio engineers, bringing the significance of the craft to the forefront of music. His unique style of mixing and recording has built a rapport with inspiring local artists from his hometown of Trenton, NJ and ushered in an well filtered blend of Hip-Hop, Pop, Experimental, and R&B into the city. The sound reflects his persona and personal belief in fun, love, spirituality, and recreational enjoyment of marijuana. 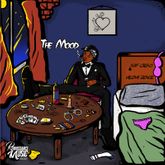