A violinist since the age of four, Sarah Charness captivates audiences with her vivacious performances and the vibrant sound of her trademark hot pink, six-string electric violin. Sarah spent her early years at the New England Conservatory Preparatory School and has appeared at Madison Square Garden, Radio City Music Hall, Carnegie Hall, The Kennedy Center, the Prague Opera House, The Chicago Theatre, Massey Hall, and top nightclubs across North America. In 2014, Sarah headlined at the Summer Experience music festival in Cape Town, South Africa as a part of her DJ duo, Surge and Sarah and in 2015, Sarah released her first collaborative single “We Came to Party” with the “Disco Killerz” on PopRox Muzik. The song made it to the Top 50 on Beatport’s Electro House Chart. 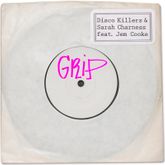