Before they were churning out glossy ‘80s-inspired electro-pop as REYNA, Milwaukee sisters Vic Banuelos and Gabby Banuelos, formerly known as the duo Vic and Gab, were on the indie-pop fast track as one of the city’s fastest-rising independent bands. In 2015, they decided that it was finally time to graduate from their signature Vic and Gab sound and, the following year, Reyna — a play on the Spanish word for queen — was born, ushering in a new (and poppier) era for the siblings under a regal name that “represented their culture, where they come from and, of course, powerful women.” - Billboard, Erica Russel 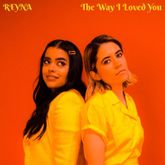 REYNA The Way I Loved You 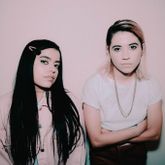 REYNA Cool With It