Since crowning herself Queen Key in high school, the Chicago rapper has always treated herself like royalty. Flip on her aptly titled 2018 EP Eat My Pussy and the fiery spitter (né Ke’Asha McClure) has no issue, detailing her exquisite tastes or hood mentality. For the first-time listener, Queen Key’s spicy rhymes and humorous punchlines fist pump to body positivity and women empowerment, a salute to Lauryn Hill who was Key’s rap muse in high school. “I just really related with her a lot because like, people were calling her crazy or whatever and I don't think she's crazy and at that point in my life people's calling me crazy,” she says. Growing up in different suburbs throughout Chicago, though, helped her identify and manage different personalities while sharpening her own, a trait that shines in her music. With no filters, she could weave in lines about burning her pizza in the oven or equate men performing cunilingus to eating cinnamon sticks before disposing of dudes she deems unworthy. “I’m a spoiled ass bitch, I’ma get what I wish/ If that nigga got a problem, he can suck his down dick,” she raps on “My Way.” As bold as her bars can be, Key admits that she has an attitude and has introvert tendencies but can be the class clown, citing her grandfather and Martin Lawrence as her comedic influences. “I just might be a little shy naturally but I don't let it get in my way,” she says. That determination has remained since she was seven, when she created her first mixtape by banging out beats and recording herself on her keyboard to make music she’d play for her auntie. At 17, she butt heads with her mother for coming home from the studio in the wee hours of the morning but her teenage rebellion fueled her rap writing. She then made waves on YouTube with her take on a 2Pac classic with the “Take Money” freestyle, which scored upwards of 129,000 views, as well as the get lifted anthem “Baked As A Pie,” which raked in 1.4 million views. “My best creations literally come from it being my first idea,” she says. “It means not overthinking, me not doubting and not being worried about what this person would think. It's best that I just go with it because that has the best outcome for me.” Her upcoming project Eat My Pussy Again is ready for release in 2018, bringing the same heat as its predecessor but showing her softer side. Still, Queen Key feels she’s already solidifying her spot in rap history. “My goal [with Eat My Pussy] was to make my mark in the sense where this is one of the projects that people are going to look to in like 20 years from now like how I would look at a Lil' Kim project, Nicki Minaj first album, Trina first album like it's one of those,” she says. “It's making a mark.” 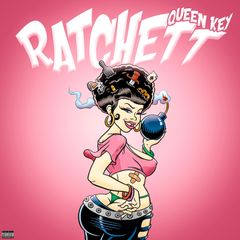 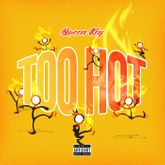 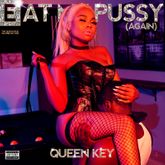 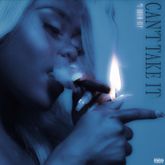 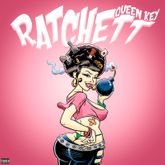