UK music platform Press Play has been creating careers out of nothing for the past two years and has remained on the forefront of the Drill movement that has seen the genre grow into not only one of the most popular genres in the country, but also internationally, as recent drill singles continue to be released by megastars such as French Montana and Drake. With Press Play playing a key role in the UK drill come up, there’s no denying that this latest tape (released through EMPIRE) - the first ever drill compilation, is truly one for the culture. The Press Play platform began as an outlet in early 2018 as UK Drill was growing as a heavily hyped, yet still underground genre. Danny O, the creator and friend to many up and coming artists in the scene, saw there was a gap in the market with 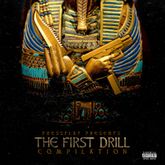 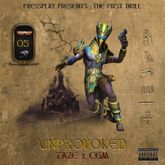