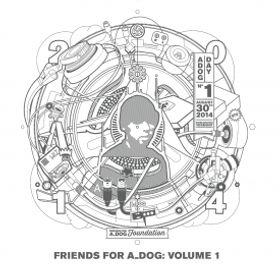 FFA_D Volume 1 started as a simple mixtape of VT hip hop, old and new, and a few scratch DJ tributes from Burlington's finest turntablists. As the word went out that 4word was creating the compilation, people in the Burlington hip hop community started to inquire about recording new music for it. What started as a scratch medley became a monster, gaining momentum with original songs from VT Union, The Aztext and a few others. From there it moved on to involve a heavyweight tribute from producer/DJ Statik Selektah and then, hit the home stretch with a scratch tribute to A-Dog from The Megatron Don himself, super producer/DJ Just Blaze. All proceeds for this project got to A-Dog's non-profit organization "Friends For A_Dog". For info hit up friendsforadog.com

Nastee has no other uploads.

The singer delivers an emotional medley with live guitar. ...

The pop anti-hero finds his aggressive voice on his new album....

The artist delivers his unique brand of Bongo Flava over a TGUT beat....

The artist sounds unlike anyone else coming out of Brooklyn....