Mystikal is a New Orleans native. He released an eponymous debut on the independent label Big Boy in June 1995. It earned the attention of Jive Records, who signed him later that year. His official major-label debut, Mind of Mystikal, was released in October 1996 and became a major hit in the rap underground, falling just short of going gold. The MC then hooked up with Master P and No Limit, along with the label's Beats by the Pound production team. This union produced Unpredictable, which was released in November 1997 and helped the rapper build a substantial following. It peaked at number one on Billboard's Top R&B/Hip-Hop Albums chart, reached number three on the Billboard 200, and eventually went platinum. Ghetto Fabulous, also driven by Beats by the Pound, followed in December 1998 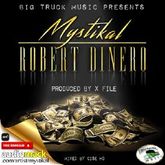