Mystery School, the shadowy, combined forces of Tony Reed Jr and Owen Bones, emerged suddenly and without warning. Their goals are still unclear, but intelligence communities have identified some of their tactics: Cultural disruption. Guerrilla operations. Radical positivity. All delivered through a performance that is as gripping as it is disorienting and new. The Mystery School sonic footprint is hard to pin down. Distinct strains of rap, big beat, alternative rock, and pop have all been discovered through exhaustive lab analysis. It appears as if their sound is mutating continuously. So far, all recorded Mystery School appearances have been sudden and without warning. Utilizing a hybrid of electronic and acoustic instruments alongside never-before-seen hologram projection technology, 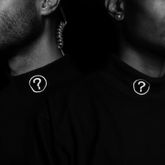