At a very young age A-Dubb took a strong liking to Gangster Rap and Hip-Hop music. By the age of 15 he began writing lyrics and learning the total concepts of the Music Business. At 18 he helped form a Dallas group known as Hard Head Entertainment and started composing his own beats and recording tracks. A-Dubb's musical influences include UGK, Tupac, Spice 1, and many Old School Artist such as Al Green and Johnny Taylor just to name a few. Today A-Dubb is one of the founders of Tru G Records where he holds a chair as the companies CEO, Music Producer, Promoter, and also as a Recording Artist. A-Dubb has his goals set to become a major contender in today's music industry and becoming a household name. "A Dubb" brings a raw 100% street hustle to the group, where he blesses tracks every 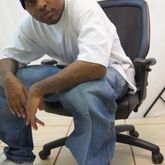 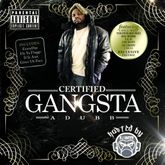