Madalen Duke’s voice is not from this dimension. Her lustful vocals over twinkling synths and soft basslines will give you goosebumps on first listen. At the young age of 13, Madalen began writing her own music taking inspiration from some of her childhood favorites—Daughter, Kanye West, Fleet Foxes, Gwen Stefani and Ben Howard. This singer/songwriter has spent the last few months crafting her forthcoming project which rolls out with her debut, emotion-fueled single, Hitlist featuring Trinidad James, available everywhere. By 16 years old, she wrote and released her first EP, Carnival, while also preparing her live performance at local talent shows. Musical theater and songwriting consumed Madalen's life throughout high school as she moved to Vancouver to study creative writing, while pur 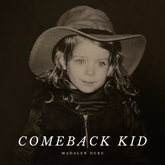 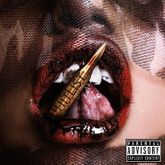