Kidd Upstairs is a Los Angeles based songwriter, producer, and hip-hop artist originally from Oakland, California, who has been developing his craft since the playground cypher. The multi-talented Kidd maintains a deeper level of creative control over his own projects, which can be heard throughout his records. His unique blend of clever wordplay over hypnotic production styles show his growing diversity, providing a genre-blending sound every ear can relate to. At 24 years old, Kidd Upstairs has released his self-produced debut, Window Seat, on iTunes and has collaborated with Bay Area director Aris Jerome on four music videos. 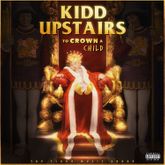 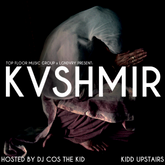 Kidd Upstairs KVSHMIR (hosted by DJ Cos The Kid)