Kah-Lo is the Nigerian-born, New York-based rising star. From her 2017 debut solo single ‘Fasta’ (enjoying a record five weeks at number one on the BBC Radio 1 Dance Chart and earning praise from the likes of Calvin Harris, JaxJones, Martin Solveig and Faithless) over her Grammy-nominated and chart-topping smash ‘Rinse & Repeat’ with producer Riton to the 2018 streaming hit ‘Fake I.D.’ (with Selena Gomez as biggest fan and over 2 million tags on TikTok), Ginger (the Australian radio Triple J’s favourite) and ‘Catching Feelings’ (the dreamy collaboration with Mr Eazi and Riton), Kah-Lo is taking the world by storm and is now the biggest streaming Nigerian female artist on Spotify. Kah-Lo has amassed over 250 million combined streams, made the Shazam ‘Next To Know’. 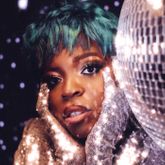