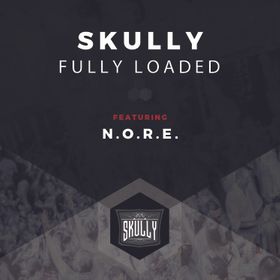 Artist SKULLY Releases his Debut Single 'FULLY LOADED' Debut single Fully Loaded ft N.O.R.E. is a club, party song for people to have fun with. Fully Loaded has the potential to be the song for the summer of 2016. Dont turn up, Get Fully Loaded! With its captivating dance groove and solid hip-hop beat, Fully Loaded is definitely a song that will have you on your feet and bobbing your head. To add a special touch to it, Rap's heavyweight N.O.R.E collaborated with Skully and the outcome was phenomenal. This will definitely be a record to reckon with. Skully is set to head out of the studio and into the world with a string of releases. So turn that volume dial up "Skully" is here. Thank you to all the media Outlets, Radio, and most important all the DJ's across the world!!

Skully has no other uploads.