Since the birth of a juggernaut career 11 years ago, DJ Martin has firmly placed himself at the top of the game in Japan. With his schedule now filled up, often months in advance, the standouts in this illustrious list, are the gigs he performed, engaged by International Superstars, such as Leonardo DiCaprio, Michael Jordan, Jay-Z, Nas, Robin Thicke, Justin Timberlake, Snoop Dogg, Jason Derulo, T.I, french Montana, Miguel, Q-Tip,Waka Flocka Flame, Jordin Sparks, Afrojack, Eric Morillo,Madeon, just to name a few. In 2012, a management company of Wu-Tang Clan Radio, one of the most influential hip-hop groups in the United States, signed a contract with MARTIN. Adding gloss to that achievement, the honor of programming the company's radio station, Wu World Radio, the show was given to him. 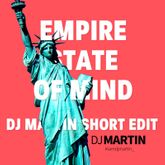 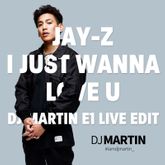