Four talented men, whom were born and raised in Washington Heights, New York, form the Group Bachata Heightz. In order to stay out of the streets and all its negativity, in the year 2000, these four young men united and began to explore their musical passion. Bachata Heightz became pioneers in what is now known as the "urban look or style" in the genre of bachata. Their influences, in creating this mass appeal style, have included hip-hop, R&B, and rock; as well as their surroundings. The streets of New York and the influences of their Tropical Latin upbringing, all add to the gritty, tropical, and soulful sound that is known as BACHATA HEIGHTZ.   The group is composed of four family members who are, Jerry Garcia “Jay Heightz” (lead singer/composer), Jonathan Garcia “Phenomenon” (lead guitar), Diego Capellan “Dee Major” (bass guitar), and Aneudy Hernandez “Chino” (chorus). 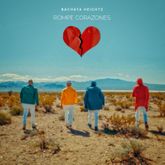 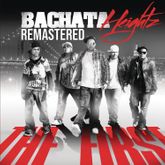 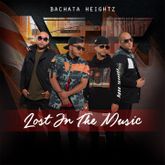 Bachata Heightz Lost In The Music