New Jersey native Ant Beale first gained notoriety in early 2016 after a breakout SXSW run in Austin, TX where after two days of high octane and at times peculiar performances, he left fans with plenty to wonder about what's to come. A year after teaming up with GOOD Music producer Charlie Heat and giving South Jersey street anthems like "Gold In My Mouth" and "Heyzus" Ant is poised for a breakthrough 2017 with the release of his first EP "No Rain No Flowers" expected on January 13th. 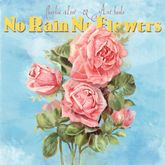