22-year-old Alexis Roberts is truly the epitome of “Woman,” she is a singer/songwriter/guitarist keen on authenticity. The beautiful Atlanta based R&B crooner writes about love in all its pureness. Drawing a line so fine between her own personal ideologies and the melodies fluttering around in her mind that the music she creates drips with transparency. Starting the trod on her musical journey only a year ago with just a guitar, soothing voice, and the digital heavens she began recording covers of top 40 favorites on YouTube titled “Tuesday’s Cover Series.” She was also a featured performer on Essence Festival’s “New and Next” stage and has collaborated with Pop/EDM artist Chris Lake, pulling in 19M+ streams and over 1 million views on YouTube with their single “Turn off the Lights.” 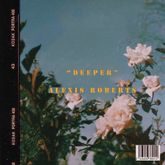