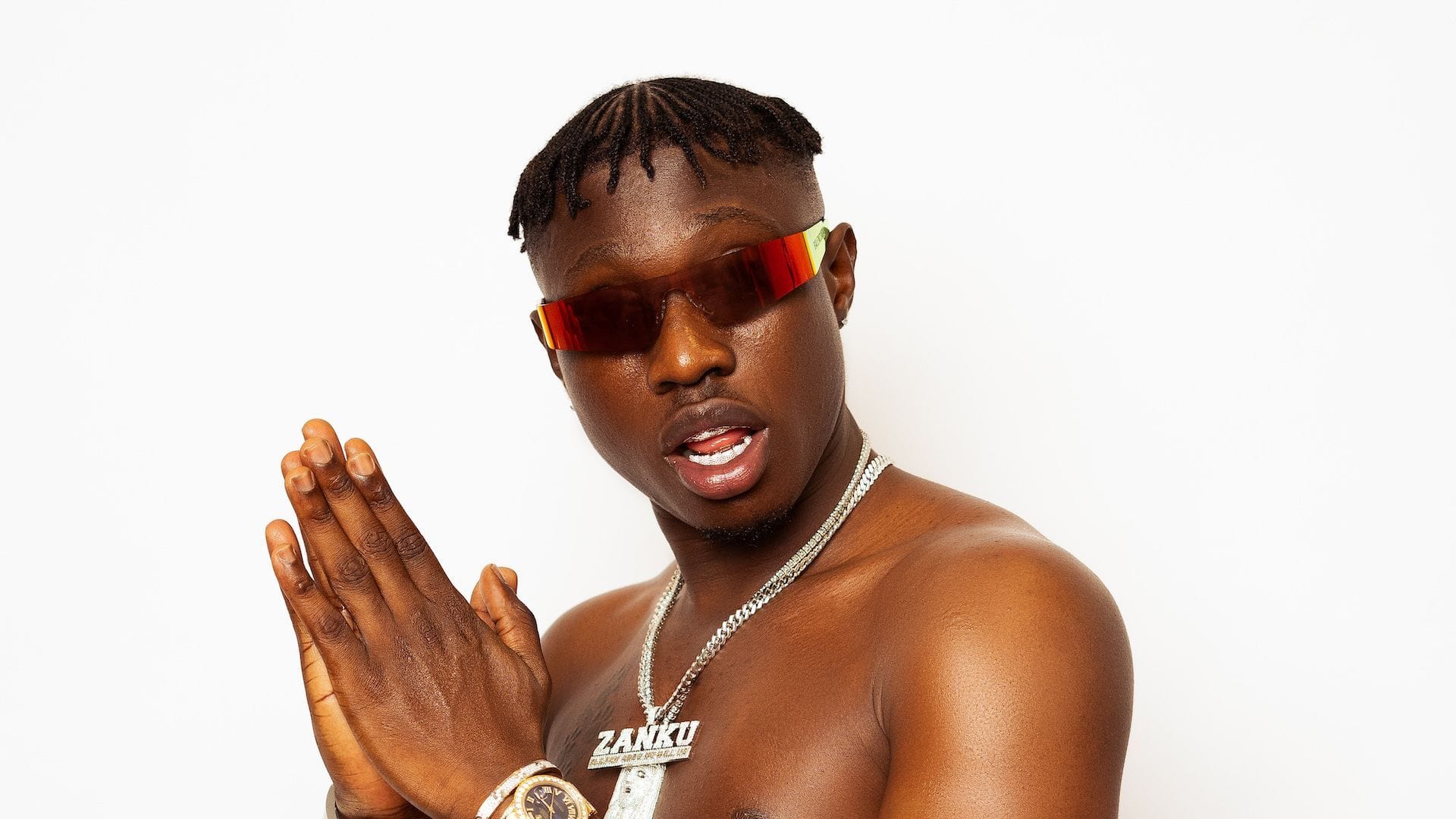 When I arrive at Temidayo Raphael, better known as Zlatan’s upscale house in Lekki, the 27-year-old is currently trending on social media for driving home in his newly purchased blue Chevrolet Camaro. At this moment, it’s difficult to imagine the Zlatan living in a single room with his parents and extended family, but that was the reality he knew for most of his life. Yet, in the last three years, the Afrobeats virtuoso has become one of the biggest phenomenons in Nigeria since breaking out with the hit single and dance step “Zanku,” an acronym for “Zlatan Abeg No Kill Us.”

Like Zlatan, many Nigerians turn to music not only as a source of escape but as a path to a better life. Street-hop artists represent the realities of underprivileged people. As these artists venture into music out of the necessity to break out of their limiting situations, music becomes play and work. Music becomes a channel for their truths and a means to hit their KPIs. As more and more artists rise in Nigeria, a bridge builds within the wide class ecosystem.

Zlatan concluded last year with two massive hits: the first a feature on Bella Shmurda’s “Cash App,” and the second, “Lagos Anthem,” a song that examines the corruption rife in Nigerian society and the futility of class divisions since they inevitably intersect.

The streaming numbers Zlatan has attained—over 80 million streams on Audiomack to date—is a feat to behold. If there were a Nigerian dream, Zlatan’s success story would be its blueprint. 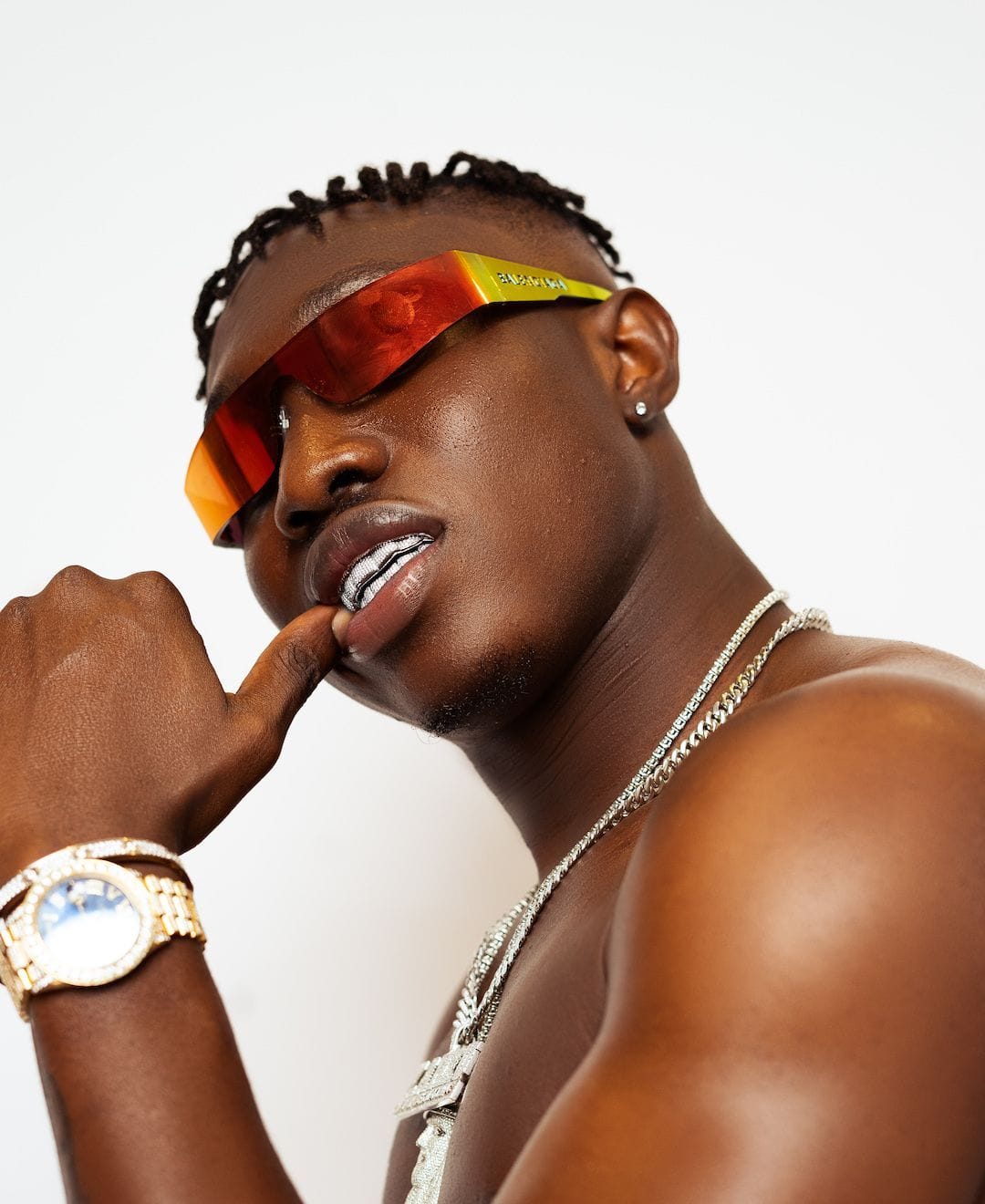 Tell us a bit about your childhood.

I was born around Mile 12. My parents gave birth to me in a single room. I grew up in an environment whereby under one roof, we had like six different families, different people with different behaviors. Then we moved to Ikorodu when my dad was able to move to his own house.

Things were hard because we were very close to Ogun State. Most kids there just go to school, and right after school, they go learn the handy jobs, or probably ride bikes, or learn how to make boreholes because there’s a lot of construction going on around Ikorodu then. My parents were trying their best, but as a young guy, you’ll still sneak out to do some crazy-ass jobs to get a little money. It wasn’t easy for me.

What effect did your humble beginnings have on the kind of music you make?

Growing up, I listened to a lot of motivational songs from people like Olamide. When he was blowing up, he always reminded people he was from the gutter. People like him are the ones that influenced me. Knowing that Olamide could make it out of the hood, out of Bariga, I can actually make it.

I learned more from the street. It’s my background, and I’m making use of it right now.

What’s your earliest memory of getting into music?

I wasn’t supposed to be an artist. I was actually meant to be a professional footballer. But sometime in 2011, I didn’t make my papers to go to a higher institution, so I had to sit at home and rewrite my exams. While I was home, I got a call from a friend who didn’t do music before. He had a video, and I marveled because the guy sang in church choir the same way I used to drum in the choir. I was surprised he was now an artist with his music video getting played on LTV [a popular local channel then]. So I told him to take me with him to the studio the next time he went, that I wanted to make music too. It started as an unserious thing ‘til it became serious.

That’s how everything started for me. I remember my first song being called “Hustling With Swag.” “To hustle, wahalai no be by muscle,” something like that.

I got admitted two years later to a Polytechnic, and before my first semester, in 2014, I won the Airtel-sponsored One Mic talent show held in Abeokuta, in the midst of about 140 rappers. I just said to myself that if someone that doesn’t have more than three shirts and two pairs of trousers can make it this far, then God definitely has a plan for me with the music. Ever since then, I took it very seriously; that’s what’s kept me going. 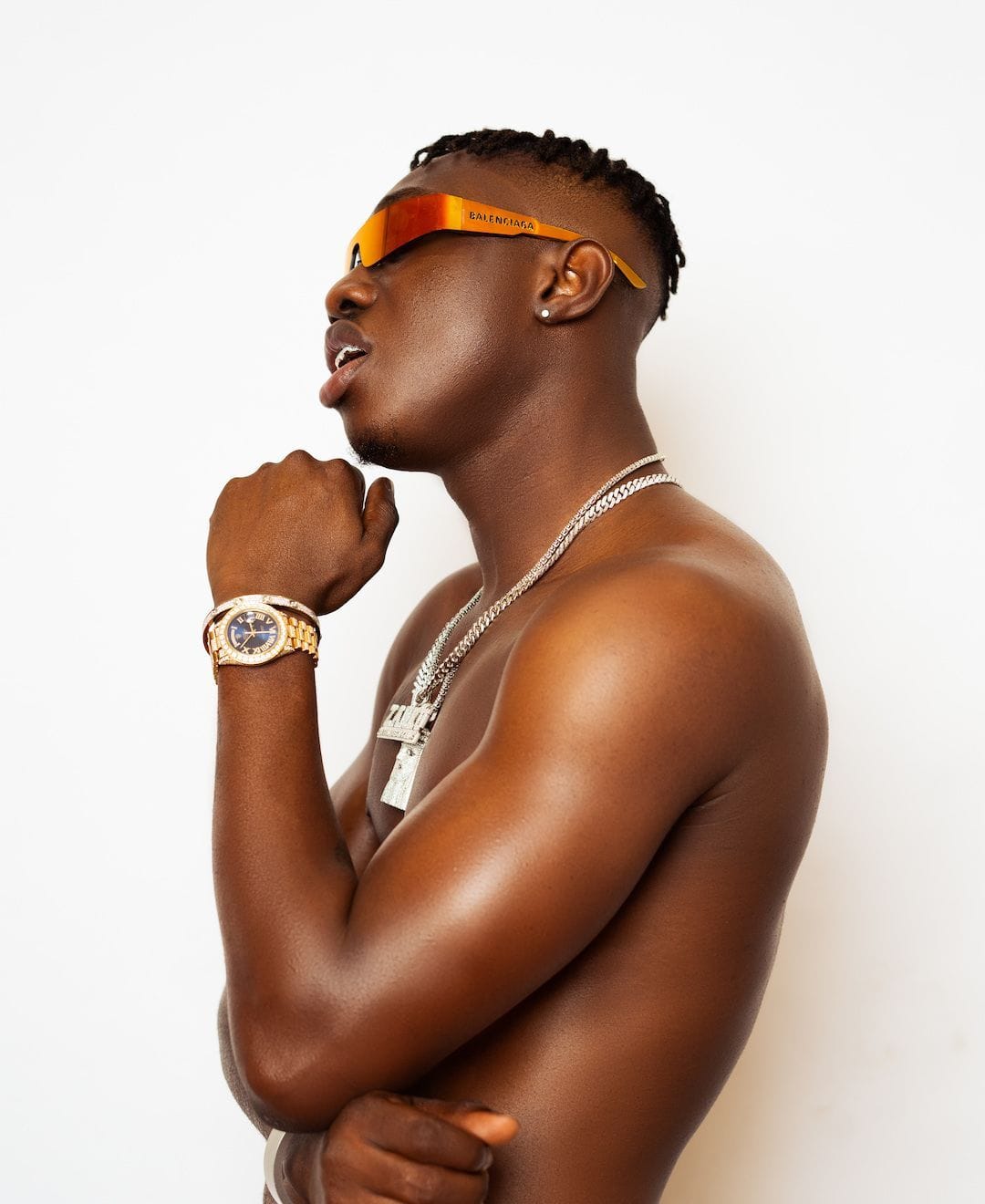 Your breakout single was the unique street-hop anthem “Zanku,” which went viral with a dance you created. How did that come together?

As I was growing, I was looking out for new things, whatever would make me spectacular, and I loved dancing a lot. I decided to infuse a dance in whatever song I was going to drop. Since 2018, we’ve been doing it back to back. I don’t think there’s been a bigger dance hit than “Zanku.” You’re basically getting a two-for-one package with me.

I didn’t expect the track to be that big, but I noticed people were already loving the dance I did in “Able God” with Chinko Ekun when it was released, and I already had the song in my head but I hadn’t recorded it. So I remember going to the studio in the night with Lil Kesh (he did the backup vocals of “Zanku”) to record the track. I met Poco Lee around that time, and we did the Zanku. The full meaning of Zanku is “Zlatan Abeg No Kill Us,” so no one would be able to claim my dance. Copyright on everything settled. It was magical to me to see the Zanku take over Africa. Seeing Shatta Wale, Beyoncé, Burna Boy doing the Zanku dance. I’m happy to be able to give the world something so joyful.

How did you handle the sudden fame?

It wasn’t about all that for me because keeping up was the hardest. I couldn’t sleep. On Twitter, people called me a one-year thing because that’s how it is for street artists. I woke up with that thought in mind, and I was not going to allow that to be my [reality]. I actually just went back to my primary assignment, which is to record, keep recording while others are sleeping. No sleep. I put in work and set up my team. It was hard, but with the help of the team, producers, and friends, I pulled through.

You’ve made the street-hop sound more mainstream, creating a new paradigm that’s bridging the wide gap between rich and poor Nigerians. How do you feel about that?

You can’t take away the streets. A big man can be in his mansion, but you still have to take your G-Wagon or Ferrari to the highway next to Danfos [popular term for public transport in Lagos]. There’s no separate road. That’s what it is; we get to mix everything outside regardless.

So it’s better when we have the motive that everyone is ‘one,’ and there’s no segregation between the rich and the poor. The streets have taken over since the time of Olamide, and I’m just happy to be one of the people representing the streets.

How does it feel representing Afrobeats to the global world?

Afrobeats is the shit right now. You see the likes of Davido doing a track with Lil Baby, one of the biggest rappers out there now. Wizkid and Damian Marley, Burna and Sam Smith—this never used to happen. Africans have taken it to the next level. I’m proud of where we are heading because history is never going to forget this generation and all we’re doing.