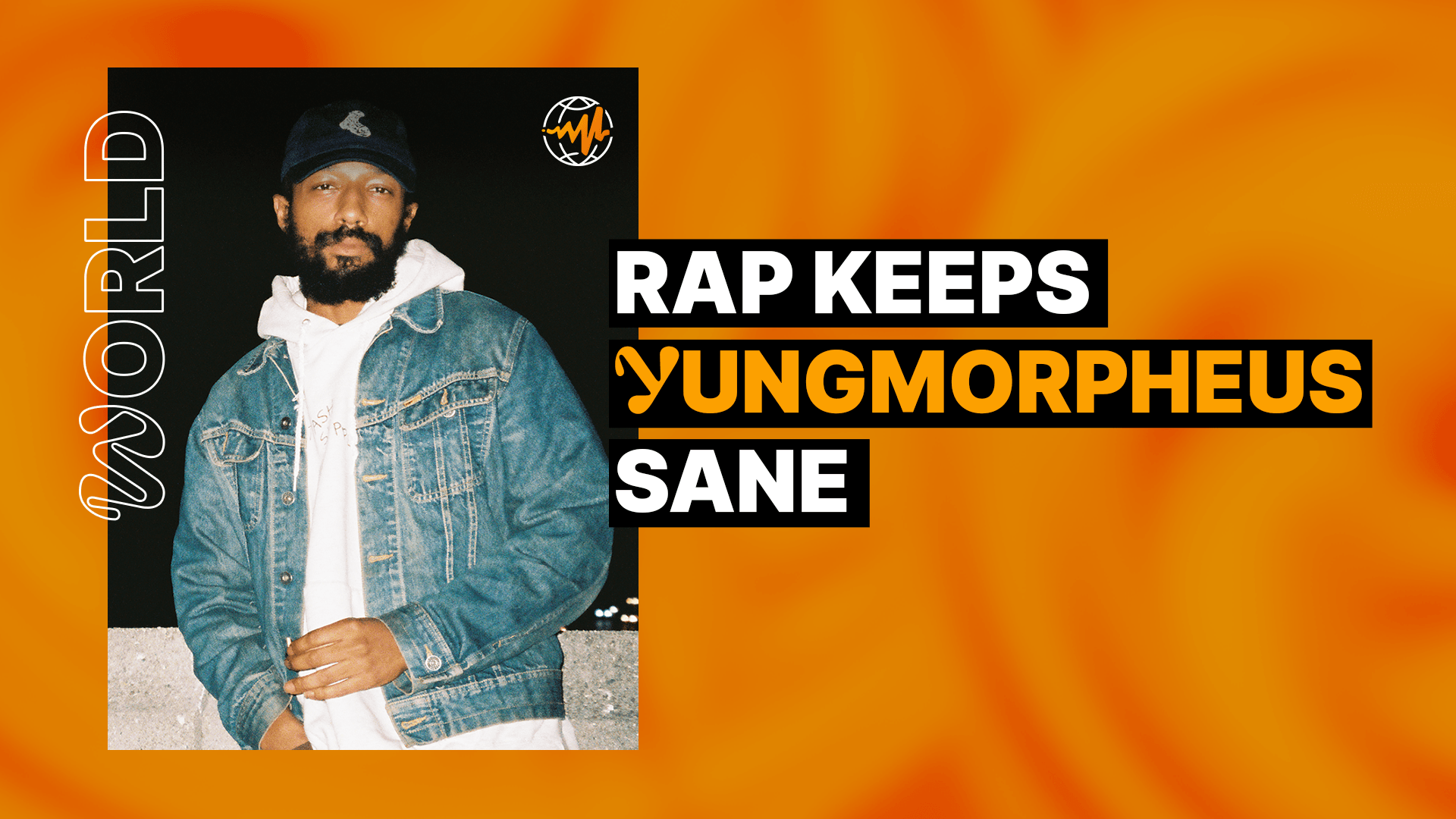 The title of YUNGMORPHEUS’ new album—Affable With Pointed Teeth, a full-length collaboration with the Filipino-born producer Eyedress—is a play on the name of a novel by the Jamaican writer Claude McKay, which was finished in 1941 and sat unreleased for more than 70 years.

Amiable with Big Teeth: A Novel of the Love Affair Between the Communists and the Poor Black Sheep of Harlem is a sharp critique of the political factions within Harlem during the Renaissance and, as the subtitle suggests, those outside forces that aimed to use Black Americans as a political cudgel and little else.

“Movements that are purported to be beneficial for oppressed communities might not always be beneficial to them,” the Miami-bred rapper and producer tells Audiomack during a recent phone interview. “I know some white cats who claim to be communist who are still fucking evil—guys who can read Marx top to bottom and still be like, ‘Black people scare me.’”

After his childhood in Florida, MORPHEUS attended Boston College, an experience he does not recall fondly. But it was during this time that he wrote his first songs and booked his first recording sessions. Deep familiarity with the alternative rap that was popular during his youth blended with his days as a high school b-boy, and the affinity for old-school breaks that came with it; MORPHEUS eventually landed on a style that is something like a Trojan horse, his voice seeming purely textural until it clarifies into slyly incisive verses. 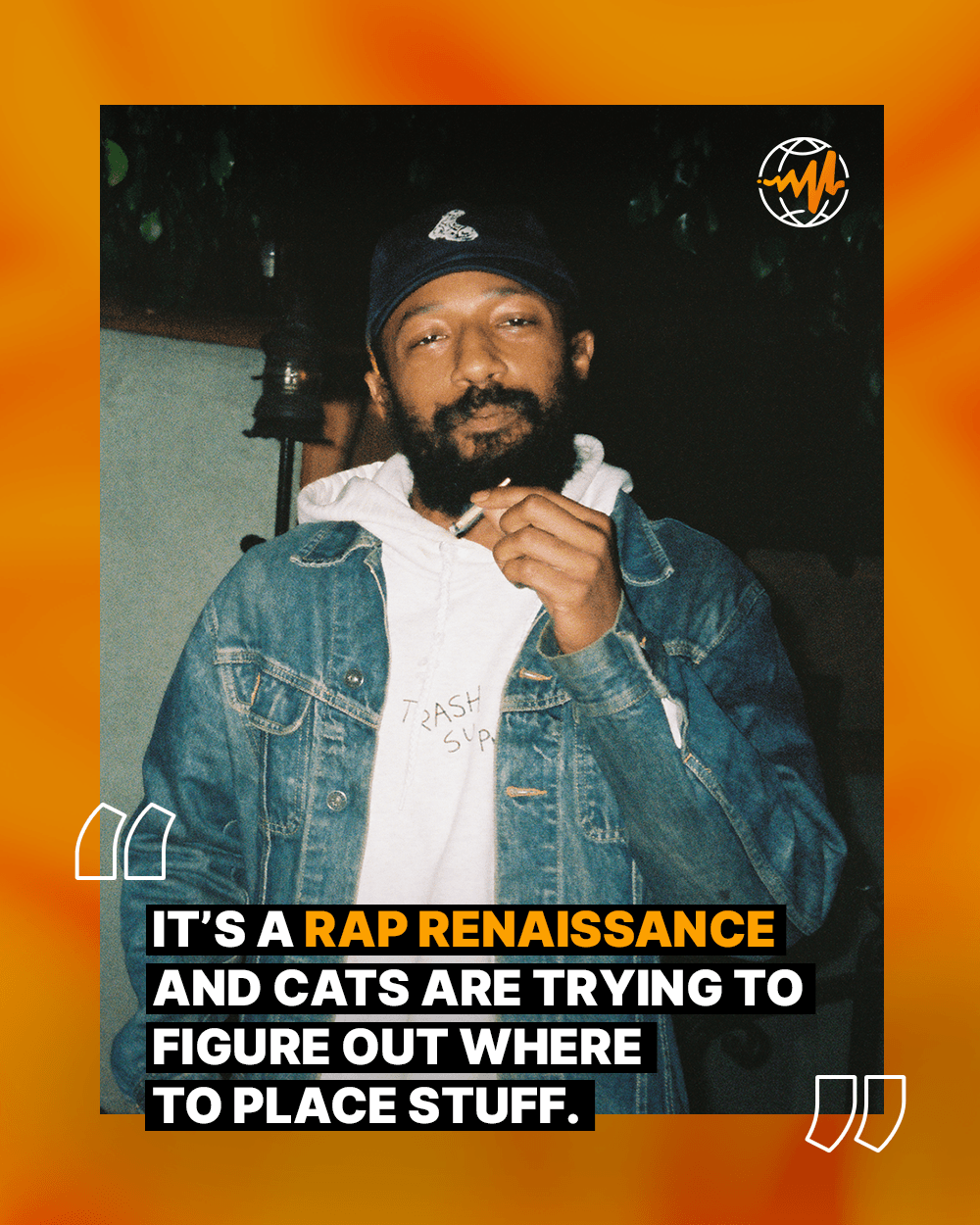 Even by the standards of internet-native artists, MORPHEUS has been remarkably prolific. He releases music—EPs and full-lengths, solo or with a variety of collaborators, including ewonee and Pink Siifu—at a breakneck pace, and tells me he likes to work on several records at once. And as that pace has increased, so has the political clarity of MORPHEUS’ writing. At Spin, the writer Max Bell called MORPHEUS’ raps “casually radical,” an apt description. This brings us back to Claude McKay. McKay is perhaps best known for his poetry; YUNGMORPHEUS and Eyedress open their album with a reading of his 1919 sonnet “If We Must Die”:

“If we must die, let it not be like hogsHunted and penned in an inglorious spot,While round us bark the mad and hungry dogs,Making their mock at our accursèd lot.If we must die, O let us nobly die,So that our precious blood may not be shedIn vain; then even the monsters we defyShall be constrained to honor us though dead!...”

Was there a lot of music in your house when you were growing up?

My mom and pops had sick CD collections. My dad was a diehard DMX fan. Some of my earliest memories of hearing songs are me sitting in the car during a road trip to Orlando or Atlanta, and everybody’s gone to sleep, and my dad has his moment listening to DMX in the middle of the night. I’d wake up and be like, “Yo, he is into this.”

Hunched over the steering wheel, mumbling the lyrics to himself. I was like, “Oh, shit, this is hitting close to home,” [rapping Jadakiss’ hook from X’s “We Don’t Give a Fuck”]. You thinking about something now that we’ve all gone to sleep! Moms was on R&B type shit like Mary J. Blige, and she liked rap that was fly, shit like Mase. I heard Harlem World a whole lot as a kid. That shit is lowkey fire.

A lot of people rebel against their parents’ taste, though, or at least try to carve out their own. What was the first music that felt like yours and not theirs?

I think about fifth, sixth grade, when n****s was putting music on their PSPs, LimeWire, everything. But the first moment was me getting a Ludacris CD and the [Gorillaz] Demon Days CD. Luda was tight, but Demon Days was the first CD that I like, bought myself with my own money. I was like, “This is weird—what the fuck is this?” After that, I feel like I pumped the gas on finding weird music. I was starting to get heavy into the Adult Swim stuff, and it pivoted pretty hard to me finding stuff in my room, scouring the internet.

The first thing I have a poignant memory of, where I needed the whole album, was me hearing one joint off of [GZA’s] Liquid Swords. But it took so long for me to find every track from that joint. I had to find the artwork so I could download and look at it while I listened. 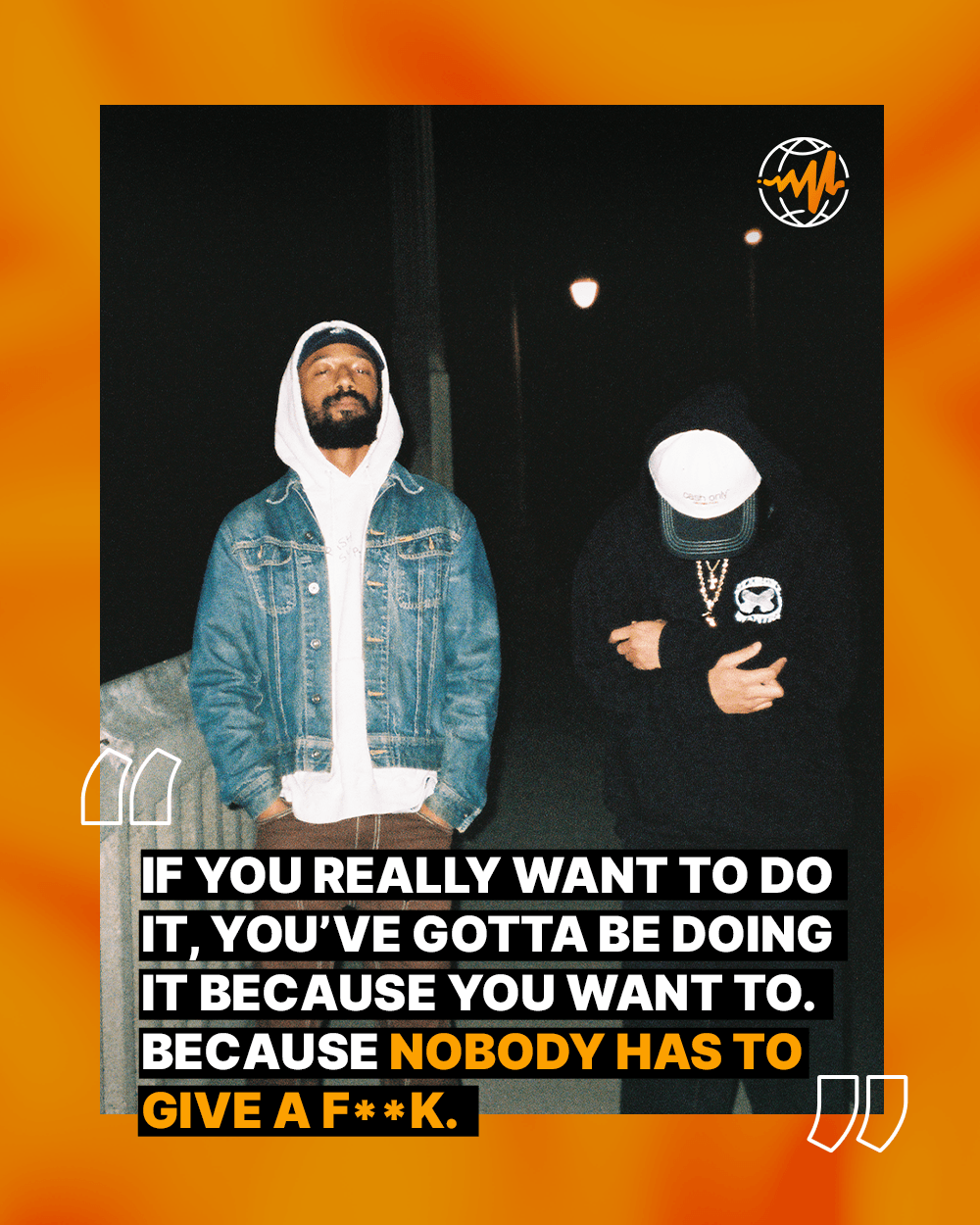 Then what happened—you started writing rhymes in your math notebooks?

That didn’t happen for a very, very long time. I was really just a fan, for years. I started a more intense relationship with music when I started b-boying. That was my main thing. In ninth grade, I started breaking, and it was like, “OK, cool, this is what I do.” There’s a big scene in Florida, at least there was when I was coming up. There was an after-school club at my high school, and when I was trying to figure out my extracurriculars, the ones you were forced to get into, I actually went to debate first, and was like, “This shit cool, but this shit kinda dumb…”

But I liked music a lot, and I’d always liked dancing. I was enamored from the jump. There are rules, but there’s not. It made me learn the history. I was asking homies about what places I could go, places to practice, and shit like that. Older heads, I’d ask them questions: “What music should I know, what movies should I watch?” Breakin’, Breakin’ 2 [Electric Boogaloo], The Freshest Kids, all of that. All of the hip-hop golden age stuff.

Did that open you up to music you hadn’t cared about before?

Yeah, for sure. The super care-about-the-culture ethos cats were bringing records to play at jams, and spinning vinyl, and I’m hearing old breaks before realizing that they’re old breaks. I’m dancing to them. By the time I was in college and started to break less—I started to just smoke weed and hang out by myself—I was like, “I like these beats more than just to dance to. Let me talk some shit, or at least write some shit for myself and see if it sounds cool or dumb.”

When you finally did write and record… did it sound dumb?

I hated it. I was like, “Dog, this is how I talk? This is crazy. This is what n****s be hearing when I’m moving through the world, speaking?” The homie from Florida, Black Ant, he was recording me when I was [home from college] on break. He told me to project my voice, he told me the right stuff to do. But after I heard myself theoretically “correctly,” I was like, “I don’t like that, pitch my shit down OD.” So all my shit was pitched down on some reverse-Quasimoto shit. I was not confident and didn’t like how my voice sounded. But [that device] is a cop-out: “If I play this around n****s they won’t know it’s me.”

You’ve lived in both New York and LA now. How have you found the experience of trying to make music in each?

I fuck with both places, man. Miami is like both of them. New York felt like a hyperbolized version of some aspects of Miami; LA feels like a hyperbolized version of other aspects. It helped a lot to give me context for what was going on. New York made me realize that don’t nobody care, yo. It did that pretty strictly; if you really want to do it, you’ve gotta be doing it because you want to. Because nobody has to give a fuck.

Do you consider yourself part of any specific scene?

I wouldn’t say so, but I’ve got my homies whose work I respect, people I consider my peers, part of my community. I’ve noticed that in this cultural moment, we’re doing the silo thing because it’s a rap renaissance and cats are trying to figure out where to place stuff.

So how do you feel when people throw the term ‘lo-fi’ at your work?

That shit is funny man. I used to get hot about it, but at a certain point, you just gotta be like fuck it. However y’all get to it, great. I can wax poetic about why I think that term is bullshit, but cats are going to do what they need to do when something is a little different from what they’ve heard before.

You do a lot of writing, a lot of recording. Burnout has to set in at some point.

I think I just need that shit to stay sane. I feel like if I was treating it as a muscle it would get tired, but that shit just kinda be like where I’m at in my head generally, so it doesn’t feel like a muscle strain. It’s like walking instead of going to the gym if that makes sense. You’re still exercising when you’re walking, but you’re going somewhere.