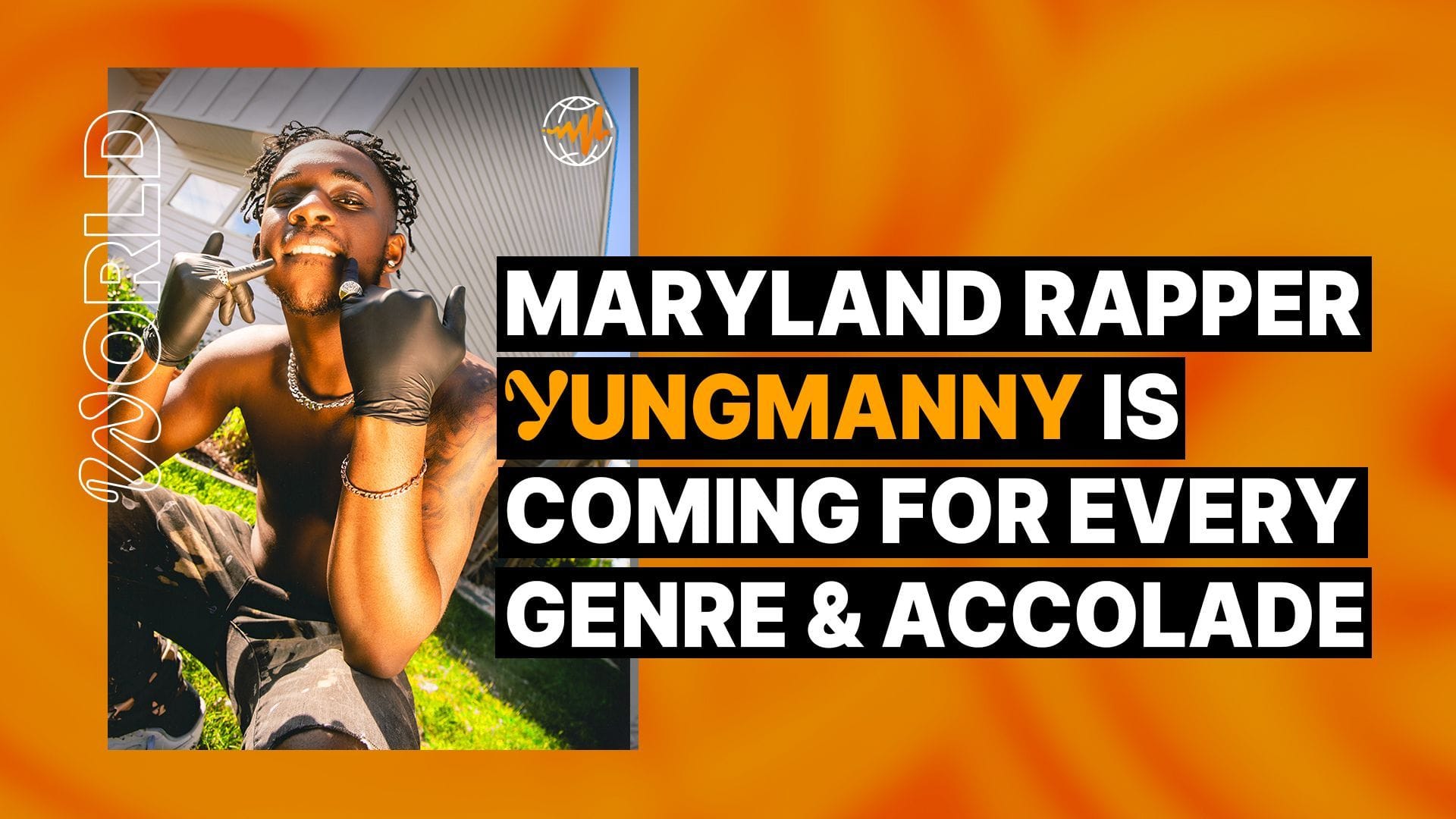 At 18 years old, YungManny already knows exactly how he wants his career to play out. Throughout our conversation, the Maryland rapper calls himself “a jack of all trades” and even compares himself to the late Michael Jackson, who he has tattooed on his left shoulder. “No disrespect, but when I’m done, I wanna be able to say I was the only person who surpassed Michael,” he tells Audiomack over Zoom. “If I don’t, somebody else gonna do that. It’s gotta be me.”

Manny’s musical acumen is undeniable. He picked up piano at a young age (he still plays at his family’s church every Sunday) before falling in love with rap at 12 years old. Though he started off as a fan of classic rap, he eventually immersed himself in the high-energy “rah-rah” sound of Maryland’s rap scene. His fascination came to a head when “Moana,” a single from his debut project Meade Tides, went viral on social media in 2018.

Since then, Manny’s taken every opportunity to show off his range. His music jumps between rapping and singing and even between genres on a whim, mixing his sense of humor and distinct energy with different sounds to create something wholly unique, like an alchemist. Most recently, he dropped the single “Clap For ‘Em” with Flo Milli and Sada Baby, co-signs he regards as invaluable. Manny’s boundless creativity has led to several viral hits over the last three years, and, at just 18 years old, he sees no end in sight: “You can’t place no limitations on art. Whether they catch it today, tomorrow, or next year, they’ll catch it.” 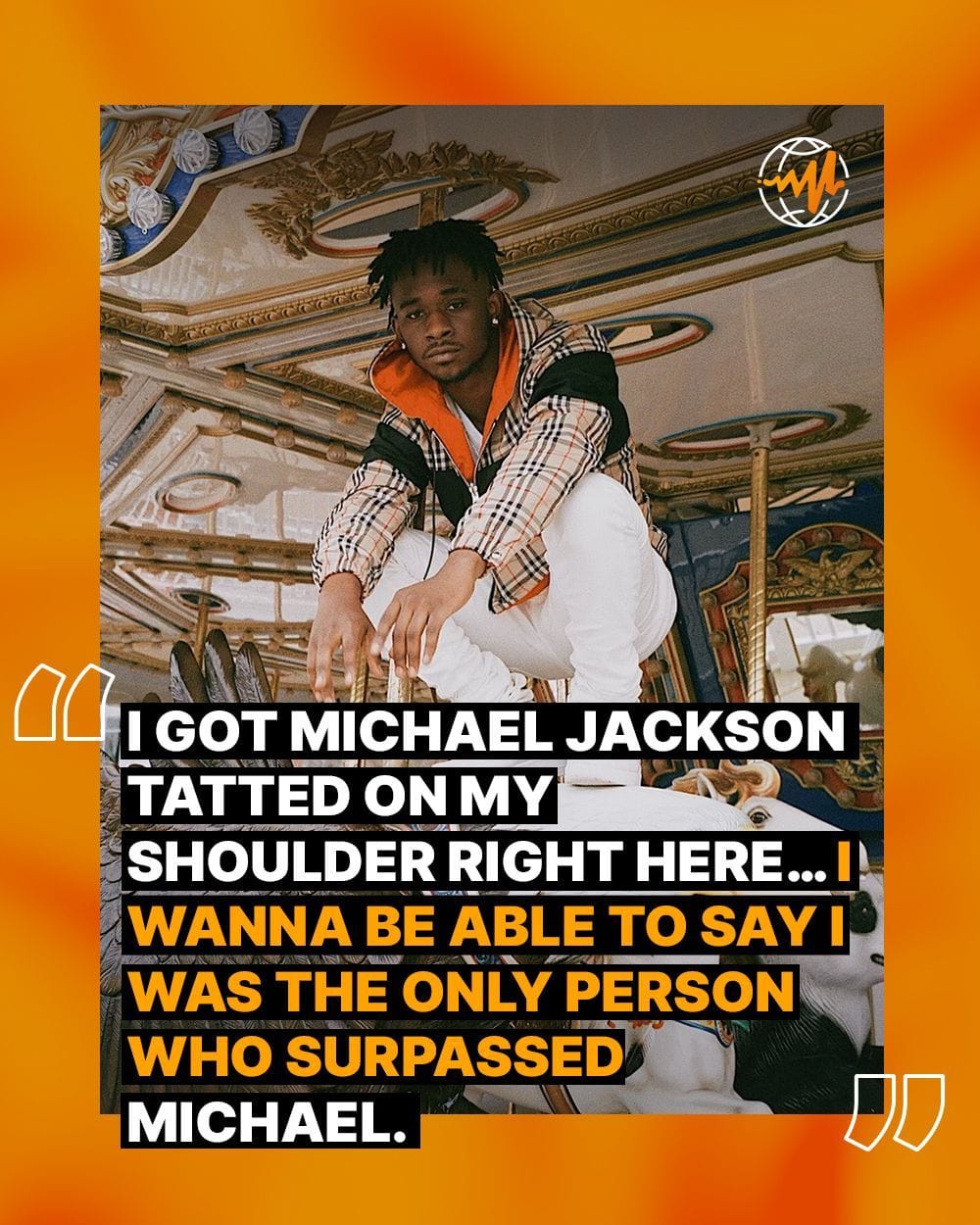 You’re a first-generation Nigerian-American from Prince George’s County, MD. How has your background influenced the way you create music?

With PG County, you’ve already got the ratchet nonsense and whatnot. But I was always in the AP and honors programs [in schools]. I was with the best of the best kids of all ethnicities. I could relate to the cool kids and the nerds, and the geeks. Then with the Africans, I have the culture and the respect for the music and the food.

Then, my folks are also in the church, so I play piano in the church every Sunday to this day. It’s hip-hop, Afrobeats, pop—I’ve been listening to everything. That’s why I’ma be the greatest to ever do it. I’ma hop on a country beat and do that thing. I’m coming for every genre. You heard it here first.

Your music has range. You slip between rapping and singing with unnerving ease. What are some benefits to being musically ambidextrous in the modern rap scene?

I also feel like you can’t be the greatest if you’re not great at everything. I got Michael Jackson tatted on my shoulder right here. No disrespect, but when I’m done, I wanna be able to say I was the only person who surpassed Michael. If I don’t, somebody else gonna do that. It’s gotta be me. 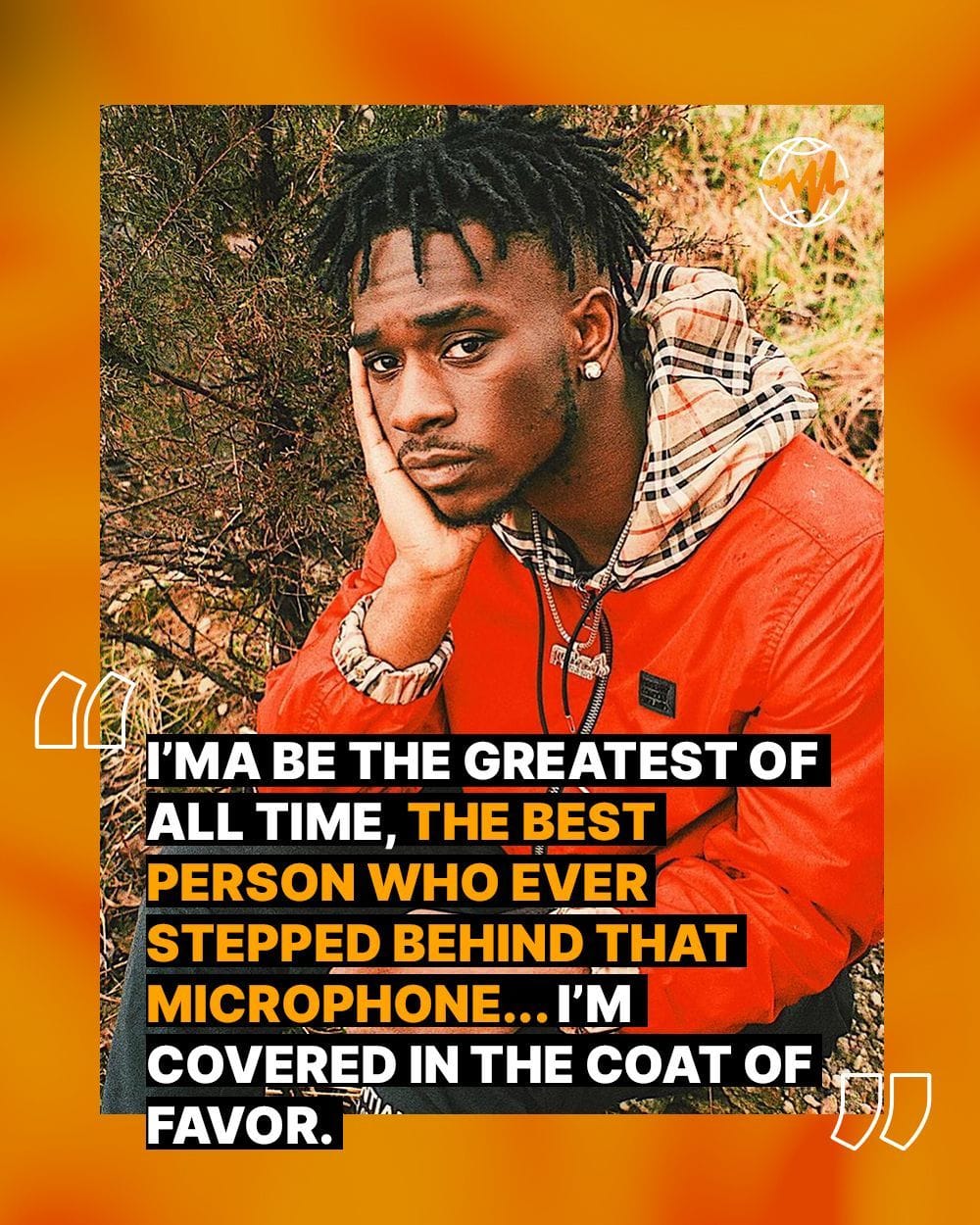 Talk to me about your single “Clap For ‘Em.” How does it feel to have a co-sign from two popular rappers so early in your career?

I took a real liking to Flo Milli because she’s such a star, bro. She don’t carry herself like anyone’s below her. She’s so humble, and she reminds me of myself. I know that hunger she had before the world knew her name, and she still answers my texts and her phone to this day from when we were in the studios next to each other with that same hunger. I know who I am, and she know who she is, and for us to make the biggest song of my career, best song of the decade—not year—[points upward] that was directed by Him.

And Sada Baby is so different and creative with his flow. I knew that once I heard that beat and we knew we had one, my dawg Lito called the big homie and told him to pull up to the studio. The rest is history, my dawg. We a month in.

You’ve racked up a decent amount of hit singles at a fairly young age. How have you handled this influx of success over the course of the last three years?

To be able to do your passion as your job is the biggest blessing from God. To be great is even more of a blessing. But with every situation, the more pros it has, the more cons it has. In this life, I know God isn’t gonna steer me wrong, and any con was put there to build me and make me stronger and wiser. I grew up faster than a lotta kids my age and had money in my hand that I’d never had before.

You hear the seriousness in my voice, correct? I’ma be the greatest of all time, the best person who ever stepped behind that microphone. And I ain’t gon’ stop until I do it, and I won’t stop until that. I’m covered in the coat of favor. That light of Jesus shine through me. I ain’t never gonna take the credit myself because I was placed here to do this. But when all’s said and done, I just want you to look back and say that I told you I was gonna do this in 2021.