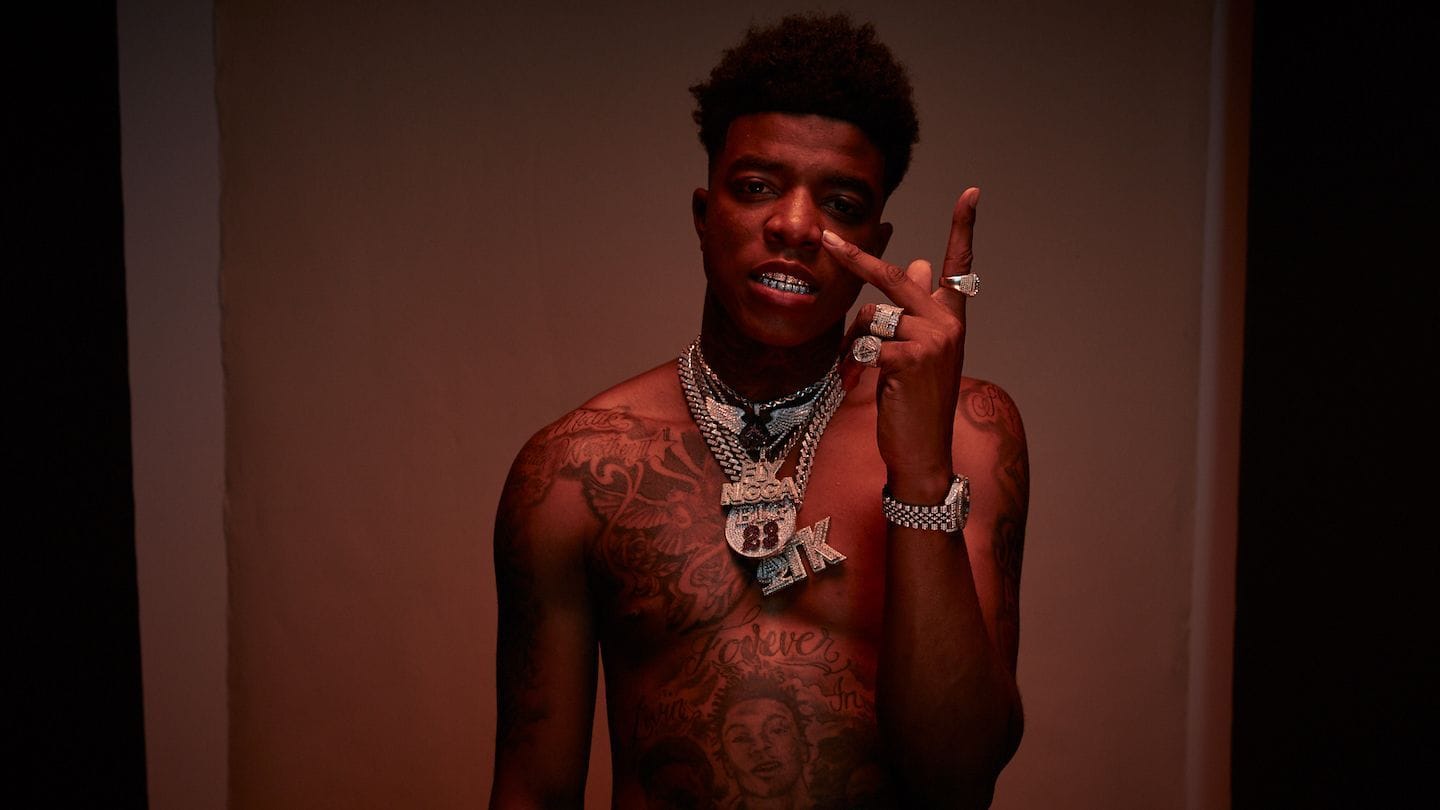 Yungeen Ace creates “pain” music. Once you understand what he’s been through, it’s easy to grasp why.

Raised in Jacksonville, Florida (the “jungle,” he says) as one of eight siblings, the artist born Keyanta Bullard was surrounded by “gun violence, stealing, and robbing” while growing up. Now 21, Ace has established a career in rap and a name for himself in the streets of one of Florida’s most dangerous cities.

In June of 2018, Ace’s rap dreams were put on hold. Miraculously, only briefly.

Ace was leaving a Japanese steakhouse in Jacksonville’s St. Johns Town Center when his vehicle was ambushed. He was shot eight times. The three other young males in the car—his brother and two close friends—were all killed. Less than 24 hours after the incident, as soon as he was released from the hospital, police took Ace into custody for violating his probation.

The burden of guilt that comes with being the lone survivor among several loved ones is enough to crush a lesser man. To make matters worse, Ace wasn’t allowed to attend his blood brother’s funeral.

Ace’s situation was grim, but you won’t hear him complain about it. For a natural communicator, his thoughts and emotions are funneled directly into his raps. Music is his outlet to express his feelings and share the stories of how he’s overcome his darkest days. Ace hopes it helps give his fans hope and motivation to do the same.

Today, November 8, the Cinematic Music Group signee has released his new project, Step Harder. The title encompasses the artist’s mentality in the wake of tragedy. What doesn't kill you makes you stronger. The only way to move is forward.

For those who don’t know, who is Yungeen Ace?

You were born in Chicago, but relocated to Jacksonville.

I was born in East Chicago, Indiana, but I was raised in Jacksonville, Florida. I’m from Jacksonville. I only spent a year in Chicago. I’ve been out in Jacksonville my whole life. It’s a jungle out there.

Why do you call it the “jungle”?

It’s a jungle: you live and you die. We don’t get too many opportunities out there. You have to make your opportunities. It’s a city full of crab pots, a barrel of crabs. Selfish people only want for them and they hate on other people’s success. You have to be strong, be different, and be willing to succeed to get to where you want to go in life.

At what point did you find music?

When I was younger, I found it because that’s the only way I can express myself fully. I don’t communicate with people. I tend to keep all my inner emotions and how I feel inside. Music makes me bring it out. I found it at a young age but really stepped on the gas when I was 17.

What happened at 17 that made you step on the gas pedal?

I came to a point in my life where I’m like, “What am I about to do?” I was just doing street stuff, all types of bad things. I had to find me and what I really wanted to do in life. I knew I had it. I already had a little buzz, not even from rapping, but just off my name and who I was.

Was it hard to walk away from the streets?

You were shot eight times in June of 2018. How did you overcome that trauma?

I got shot in my hands, got shot in my arm, and got shot six times in my booty. I was trying to shield my brother. I don’t like talking about it but like I said, I had a name in the streets.

I overcame it by working hard. I used to work so much just so I can keep my mind off it.

Did you go to therapy for PTSD?

I read Nipsey Hussle cried while recording “Racks In The Middle.” What songs made you cry when you made them?

I cry on a lot of songs. Love songs, gangster songs—anything, because I just know how real it is. Especially “Pain,” one of my biggest records. I know somebody else in the world is going through something worse than me. If I went through all I have, somebody’s going through it 10 times, 20 times worse than me. I like to see things from the other side. If we’re having an argument, I can see your side. I can see your point of view.

What was it like being one of eight siblings?

I have eight brothers on my mama’s side, four brothers on my daddy’s side. I got a lot of brothers. I grew up early because nothing was handed to us. My mama was raising us by herself, so we had to grow up early. We didn’t really have a childhood. You know how people go to theme parks? I do a lot of that stuff now ‘cause I couldn’t do it then. All the fun stuff like going out to eat all the time, we couldn’t do all that. You got Golden Corral out here? That was fancy to us. Because we used to eat noodles every night. Some nights, we just had straight rice. Other nights, we ain’t eat at all.

What do your parents think now?

They’re proud of me, just because of how much I’ve been through in life, how much I’ve overcome. My people ain’t never seen nobody go through as much as I did and continue to grow from it.

Knowing that everything in life will reflect on me. Consequences are everything. Anything I do in this world falls on me. I know I have to be there for myself. I’m learning how to put myself first.

Being only 21, what are some goals yourself as an artist at this point in your career?

What’s it going to take to be a legend?

Your last project was named Chloe after your girlfriend. How has she helped your journey?

Just being there for me, because I ain’t never had nobody there for me. We’ve been together for four years. She was there before I popped, before my first deal. If she leaves me now, I’ll probably never have another girlfriend again, just ‘cause I know what they’ll want.

How are you adjusting to fame as you get more accolades and more attention?

What can we expect from your new album, Step Harder?

I basically talk about everything. Not just gangsta gangsta, but everything. The way I’m coming, my shoes, anything in life. Everything from yesterday, I step harder the next day. Step harder in everything: new chains, new watch, etc.