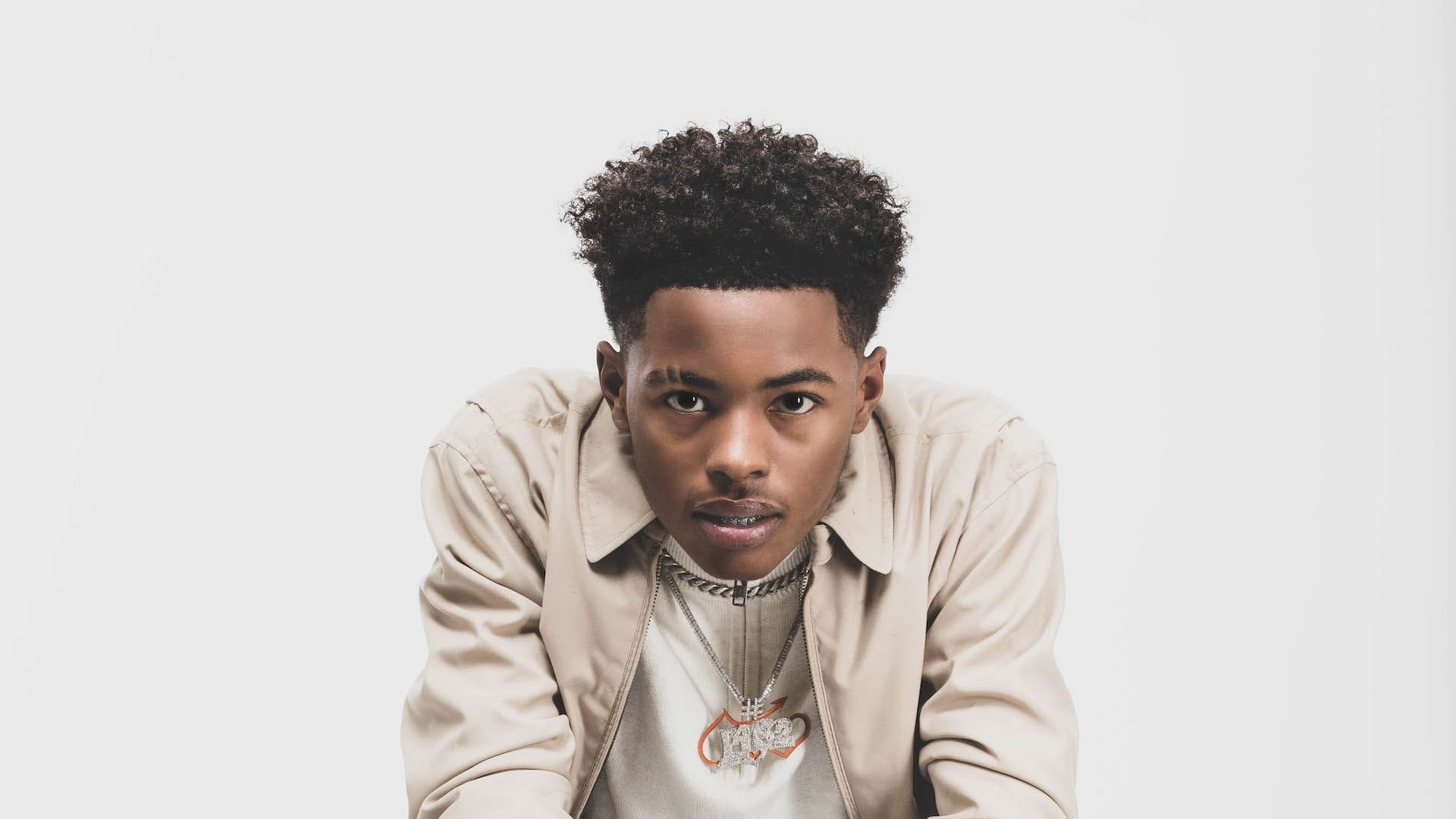 YSN Flow strives to be prepared. When I called the 16-year-old Ohio rapper on Monday afternoon, he had just finished putting together a checklist of marketing strategies for his upcoming EP, Long Story Short, out November 20. Though he clearly enjoys making his melody-driven music, Flow was very upfront about his priorities. “My vision has always been focused on money,” he tells me.

Cash has ruled everything around YSN Flow since he was young. He grew up in Cleveland as one of 10 siblings and began recording music as early as 13 years old to bring in some extra cash. His breakout hit, “Want Beef?” released in April 2019, is an aspirational flex anthem balancing memories of hit licks with his impressive come-up. It was all the proof he needed that music was not only fun but profitable, too.

As the song gained traction, YSN Flow eventually signed a deal with Republic Records, who released his debut project, Flow $ZN, this past April. Flow $ZN was made up of songs created before his signing, as opposed to Long Story Short, created during sessions in Los Angeles. Produced entirely by North Dakota-born beatmaker Iceberg, Long Story Short creates a middle ground between Flow’s ear for melody and his gripping stories. As young as he is, YSN Flow’s talents are only growing more potent. 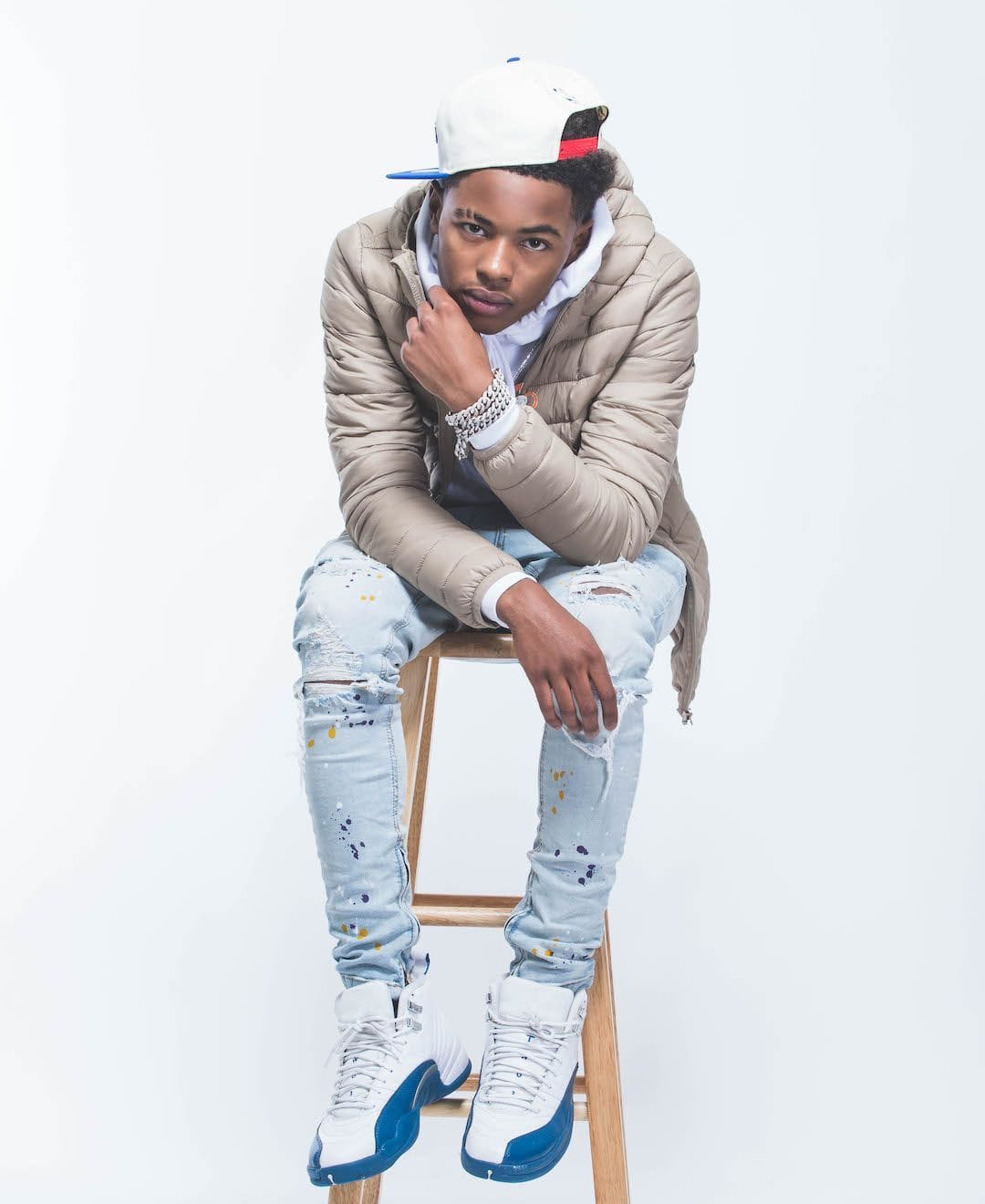 Who were some of your musical influences while growing up in Ohio?

Growing up, I was only listening to what my mom was listening to. I didn’t have no set artists. But when I started finding my own music, I was fucking with Young Pappy. If I find an artist, I listen to all of their songs; that was my [favorite] artist throughout middle school. When I first got to high school, I was fucking with Q Money, YFL Kelvin, and BaeBae Savo. Those were the top three artists out of Cleveland I was fucking with.

When did you first decide you wanted to rap?

I still got videos on my old Instagram of me at eight or nine years old rapping with my brother. Rap was always something I wanted to do, and I always thought I was hard at it. I don’t know if it was lowkey like a hobby for me. My vision has always been focused on money, so if rap wasn’t gonna get me money, then I’d be onto the next thing.

You’ve definitely been making those kinds of moves. You released your major-label debut, Flow $ZN, back in April. What was the difference between creating that project and your new EP, Long Story Short?

I wouldn’t even call Flow $ZN a creation because it was me just throwing together a whole bunch of songs I’d already had. For Long Story Short, I flew to LA, and Republic Records set me up with 15 studio sessions back-to-back every day just to record. It was different because I was there specifically to make a project.

Did you feel any pressure following up on your major-label debut at that time?

Nah. I didn’t feel no pressure, for real. My fanbase is just so loyal, just the way the last mixtape did, and I got too much trust in God. I just know my shit gon’ do good. I’ve become a firm believer in speaking shit into existence, dawg.

Iceberg produced the entire project, and his beats are varied and unpredictable. How would you describe your relationship with him?

The first time I met him was my first time at a Republic label meeting. I linked up with him in the studio, and he started playing beats. We made eight songs in one night, and every song was sounding different. I was going out of my comfort zone just to make the song sound hard. Ever since then, I fucked with him.

What inspired you to make three different versions of “Want Beef?”

When I made the first one, I made it in November [of 2018], but I didn’t release it until April [of 2019] because I didn’t fuck with it at all. Everybody in my camp was telling me, “This the hit.” When the weather finally got better, I shot the video, and I dropped it. That bitch started going crazy. I didn’t expect it to do that at all. The 2.0 happened because we still had so much steam, and it was still going up, and people wouldn’t stop asking for that bitch. I found the beat, and the beat went so dummy, and I had the same energy as the first one, so that became the 2.0. When I made the 3.0, I was just in the studio speaking so much real shit I felt I had to keep it going.

Why have you decided to stop after three?

I don’t want to oversaturate, for real. I don’t want people to think I’m relying on these.

There’s a section on “Pikachu” that stands out to me: “This shit for my family, so no, I can’t take no days off / Out in the studio, momma had just got laid off / Spent my last shit on music, was payin’ and that shit paid off.” That’s heavy shit. Talk to me about this moment.

That was my favorite shit when I first recorded it, but niggas played it around me so much, I stopped liking it. Lil Baby inspired that one. I listen to a lot of his unreleased joints on YouTube.

That part of my life, them two years from when I was 13 to 15, so much shit happened. My mom being laid off was my biggest drive to do this music shit. I had to focus on getting on and feeding my own because I got nine siblings. We had moved into an apartment, and I wanted to make my own studio in the house, so I stole some speakers from Target. I put them bitches in my pants, with a subwoofer and everything. The police caught me on my way out, and I had to run to the house and set up the studio. I put a glove on the mic, and then I used my mom’s computer and was recording songs every day.

I finally found a studio and started going there with my older brother. At first, I was shitty, and he used to make fun of me. Then, finally, he said I was getting better after like four to five months, and he started taking me to the studio sessions. I’d throw 50 dollars here and there. We kept doing our shit, and that shit paid off.

How does it feel to see people connecting with your music even though we’ve been going through quarantine and unable to go outside?

The COVID shit never hit me. I talk to my manager all the time, and he says the same thing. I never keep up with the shit. I’m humble as fuck. It’s just never been a big thing for me. I’m usually too focused on whatever the next thing in life is gonna be.

What is the next thing in life for you?

I eventually wanna get into stocks and big real estate. I wanna do something with money and have a boatload of income coming from five different sources. I wanna go to college. I got a lot of plans, for real.

And on top of all of this, you’re still in high school. What’s it like having a rising recording career and still being in school?

School has always been a thing I hated. I hate having to do school, especially now that I got bread. But it’s cool, though. I gotta get my high school diploma. Even if I never go to college, I just want my diploma. That’s what my momma wants me to have, so that’s what’s important to me.

What’s your favorite aspect of the Cleveland rap scene that other people might not know about?

The Cleveland rap scene is so organic. Ohio is different. It might not seem like what it is, but everybody out here rapping right now is doing it with a purpose. I’m fuckin’ with Q Money. He’s locked up right now, and he was gonna be very successful. Lil Cray was going super crazy about four years ago, and he also got locked up. He was just released last week, so he about to go back up. BaeBae Savo and I just made a song about two weeks ago.