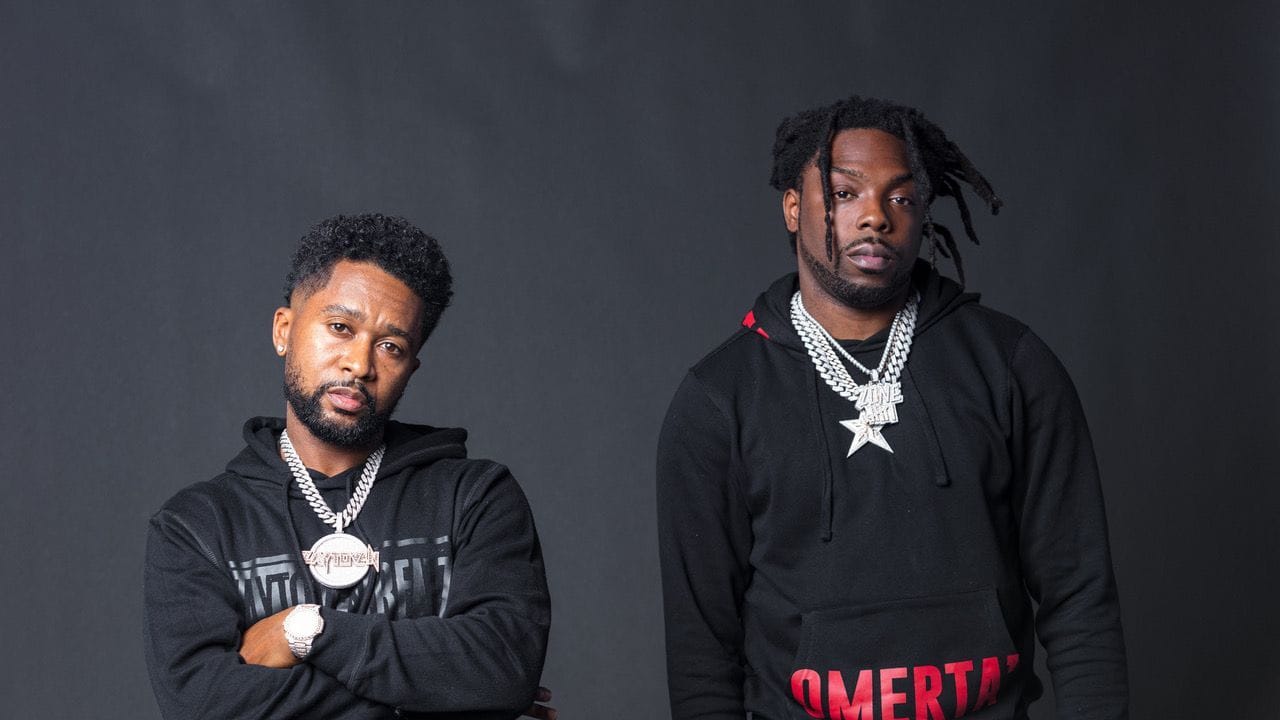 Even during a pandemic, Atlanta-based rapper Young Scooter and producer Zaytoven are finding ways to stay active. The duo has just released Zaystreet—their second full-length collaborative project—and, though they were in different locations during its creation, their chemistry resonated as if they had just left the studio minutes prior.

Their relationship was forged over a decade ago. The duo initially met when Scooter ran up on Zay outside of a barbershop, claiming to have rapped over one of Zay’s beats from a tape that had been floating around the city. “...It was so hard how he did it,” Zaytoven explains of hearing Scooter for the first time. “I told him he could for sure have the beat, and I sent him some more beats.” From there, the duo’s relationship was built on a mutual desire for authenticity and speed. “He’ll make a beat in five minutes, and then I’ll make the song in 20 minutes,” Scooter says of Zay’s work ethic.

Zaystreet is filled with the type of “gutter” music both Zay and Scooter expect from each other. Most of the elegant pianos saved for artists like Future or Gucci Mane are stripped away to focus on the crisp 808s and synths twinkling like grime-soaked stars on the inside of a Wraith. Songs like “Black Migo” and “Pressure” bring their mission statement full circle: raw street shit with no overthinking.

“I watch how Scooter consistently is who he is and doesn’t change his style, and that rubbed off on me,” Zay admits. Just the kind of energy you can expect to feel on Zaystreet.

When did you two first meet? I know you both have mutual friends in Future and Gucci Mane.

Young Scooter: Zay can tell you that. He knows better than me.

Zaytoven: I met Scooter at the barbershop at the Stoneridge Mall. I was coming out of the mall, and he was going in. I had a bunch of Zaytoven beat CDs floating around at the time, and Scooter told me he rapped on one of my beats and he wanted to play it for me. I was like, “Okay, bet.” I used to rap back then, too and the beat he had rapped on was one I had rapped on, too.

I was rapping for fun, but it was so hard how he did it. I told him he could for sure have the beat, and I sent him some more beats. I think our relationship grew from there. Anytime a dope artist and a producer link up, it’s always gonna be a relationship built from right there.

What initially drew you to working with each other?

Scooter: I feel like Zay had the authentic street sound. A lotta producers get their bass lines from Zay when he started. He got his own sound.

Zay: It’s likewise for Scooter. His approach to music is so authentic, and like nothing we’ve heard before. That’s what draws you to artists. Scooter is thorough.

Scooter: I love the energy. Zay works fast, and I work fast. He’ll make a beat in five minutes, and then I’ll make the song in 20 minutes.

Zay: That’s what we like. We fast and we won’t overthink what we’re doing. We love to do what we do, and we don’t care what anyone else thinks. We just go in there and make the music.

What were some of your favorite moments you experienced together while recording Zaystreet?

Zay: My favorite moment was recording “Black Migo” at my house when we was done with the project already. We did that in 10 minutes; we was at the house chilling, and it just became my favorite song. “Black Migo” just has that feeling, and the organic process of making it made it one of my favorites.

Scooter: I feel the same way. “Black Migo” is one of the biggest moments on the project. It be easy for me to work with Zay, though. We record [a] song so fast that we go to the next one.

That’s just a testament to your bond. For both of you, your music has always utilized the hustler mentality. But does making music in that vein hit differently during a pandemic for either of you? Do you feel more obligated to give people music to hustle and grind to?

Scooter: That’s all I wanna do, really. I’m not tryna change my style all crazy.

Zay: I feel like it wouldn’t matter if it was a pandemic, a depression, or whatever we got going on; we’re gonna make the same type of music because this is the stuff we love to make.

Zay, you’re very well-known for your use of pianos on beats, but the keys feel more restrained here than usual. Was this intentional?

Zay: Absolutely. When I’m working with an artist like Scooter, who’s so hard and so street and so gutter, I try to restrain from making it so pretty. Most of the time, when you hear me using a lotta piano on beats, it’s with Future. With other people, I don’t use it as much because their delivery and approach to the record is different. I didn’t wanna make this too elegant. I feel like Scooter and Zay is real authentic, thorough street music. That’s what I wanted to create with the project.

You’ve also built up Black Migo Gang into a mini-empire. What’s the most valuable lesson you’ve learned while running your own label over the course of the last decade?

Scooter: You just gotta have the right team around you. Just to keep working and let them do the groundwork. I just gotta stay in the studio.

To close this out, what’s the best piece of advice you’ve received from each other over the years?

Zay: We don’t really give advice; we just show and prove. I just watch how people move and get inspired from that. It’s not so much from people telling me; it’s from me paying attention. I watch how Scooter consistently is who he is and doesn’t change his style, and that rubbed off on me.

Scooter: Just to keep working. Zay wake up early in the morning and make beats all day. The most important thing I’ve learned is to keep working, really.