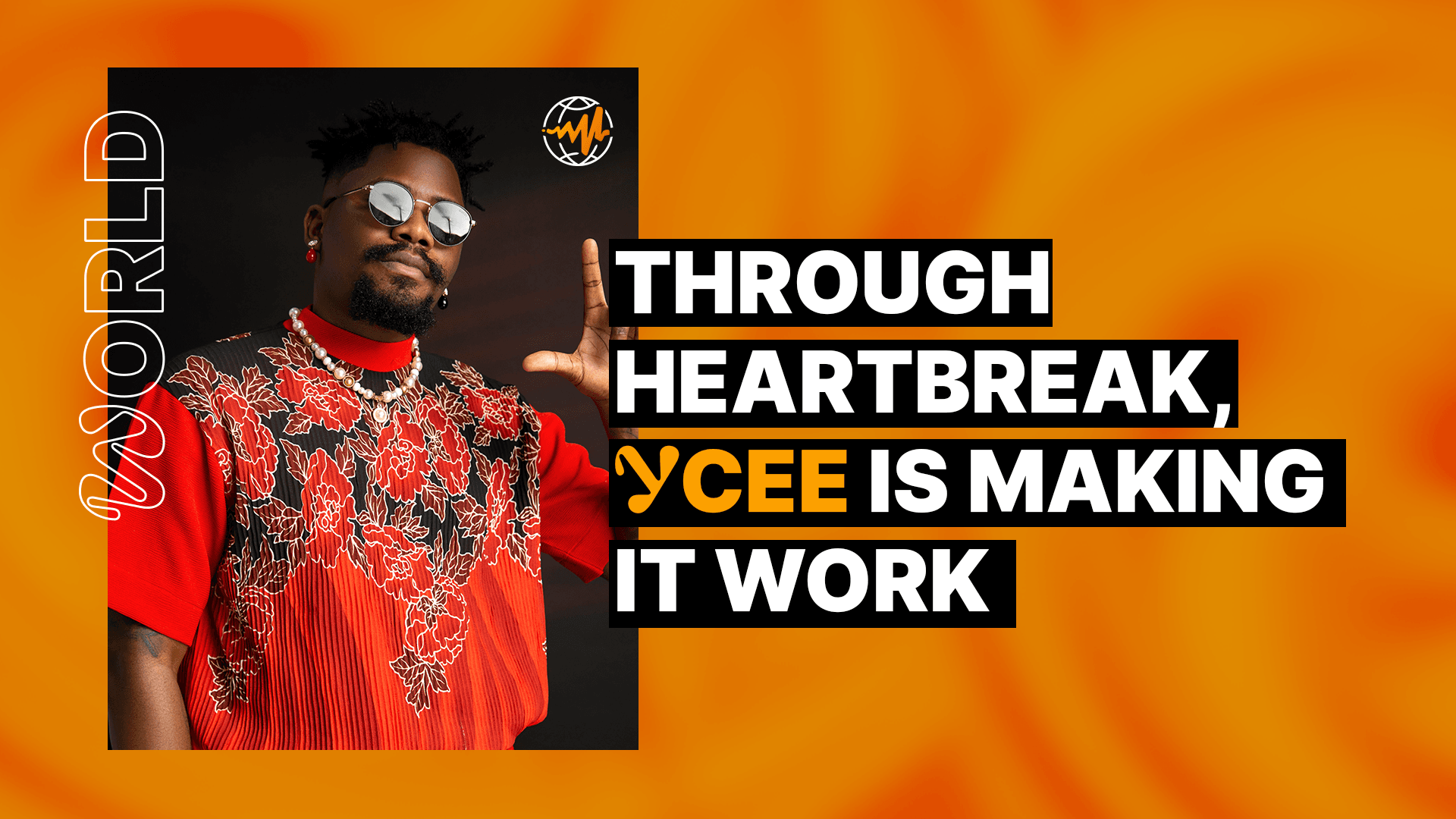 Ycee is no stranger to the inescapable pressures that come with being in the limelight. Still, the Nigerian artist knows when it’s time to recharge. His latest project, Love Drunk, is his first after a two-year hiatus and much-needed break from the fast-paced environment that comes with the job. “Right now, I’m really not in a space where I feel like I’m going to put out music just to satisfy my fans,” the Lagos-based artist tells Audiomack.

Born Oludemilade Martin Alejo, Ycee came into mainstream attention with 2015’s “Jagaban” and swiftly ascended to the pinnacle of hip-hop conversations in the country. A dexterous blend of hip-hop and Afrobeats, the hit single showcased the 28-year-old’s rap prowess and won listeners over. Since then, he solidified his effort with follow-up smash hits “Omo Alhaji” and “Juice,” which cemented his place as one of Nigeria’s brightest stars.

But in 2019, following an acrimonious exit from his record label, Ycee fell on rough times. He released his debut album Ycee Vs Zaheer as an independent artist, which came with financial strains. A deliberate amalgamation of the rapper’s dynamic sound, the project accrued mixed receptions from fans who failed to understand its direction and accused Ycee of “selling out” or “compromising” his sound. 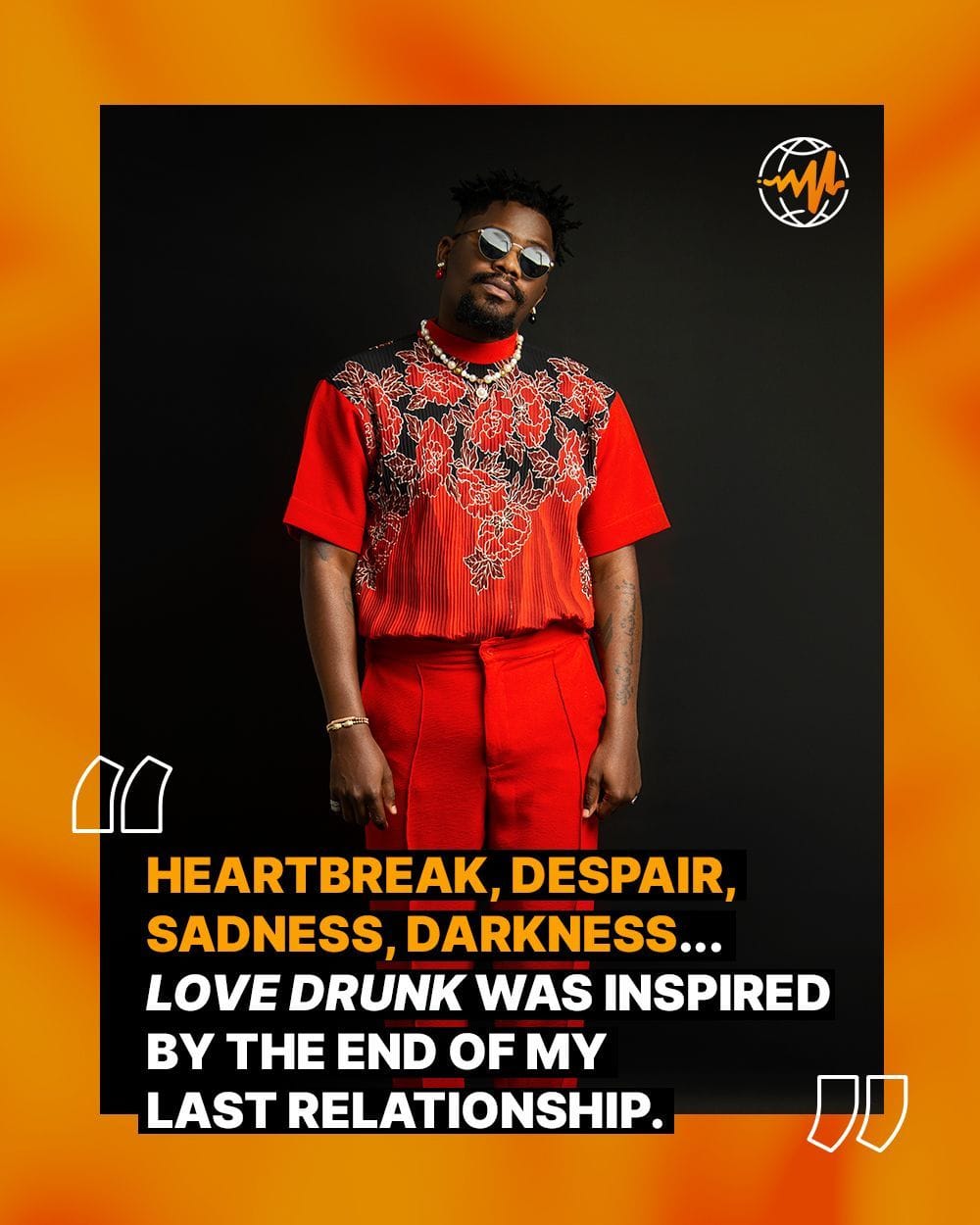 With Love Drunk, Ycee is fully embracing his neo-R&B and Afrobeats influences. A refreshing ode to the push-and-pull qualities of love, the project sees him at his most introspective, switching out his sharp raps and witty punchlines for melodic croons, and drawing from pains of love lost.

There was a two-year gap between your last project, Ycee Vs Zaheer, and the new one, Love Drunk. What were you up to during that period?

I think that whole lockdown period was a very big introspective moment for me because I realized I had a lot of personal issues I was dealing with. Because of what I do, a lot of stuff is usually internalized. So I sort of had to decide that music will have to take the backseat for a while. I needed to get my mental right. It was a long process; I went for therapy, then I came back to Nigeria, then the End SARS thing happened. One thing I didn’t want to do was rush the music.

What lessons would you say you learned from Ycee Vs Zaheer and everything after it?

The major lesson I learned was marketing because as much as I want to believe I pushed that album, I was only working with the resources that were available to me at the time. I was fresh out of my previous record deal. I didn’t have any form of support. It was just me funding this album, straight out of my pocket.

And I think that was even one of the reasons why I opted for an EP this time, because I know the pain I went through trying to clear a lot of the songs on the Ycee Vs Zaheer project. The duality of the album was something I really wanted to push out, so it was really sad that not as many people understood what I was trying to pass across through the album. 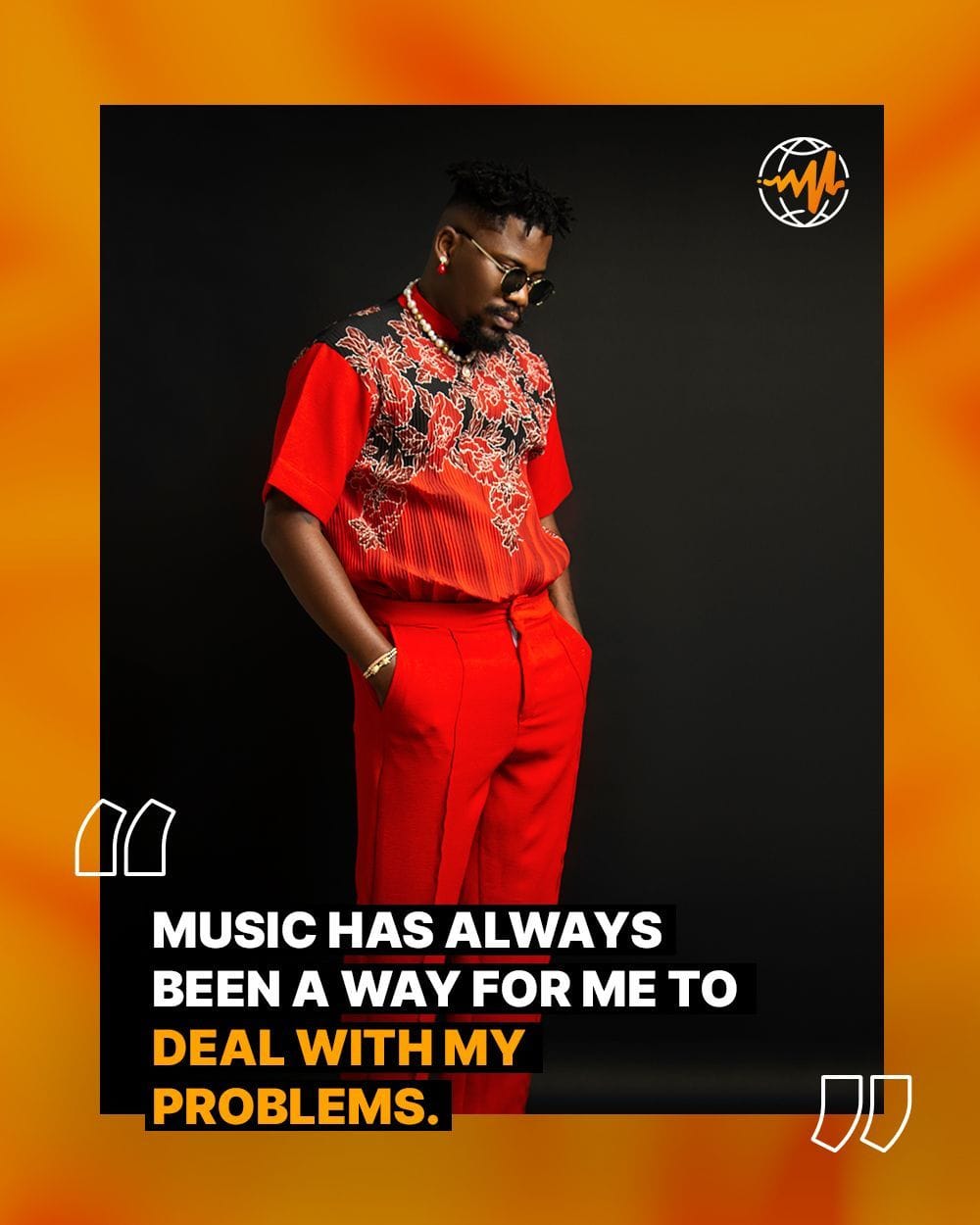 How do you feel about fans that say you “fell off”?

People have their own opinions at the end of the day. Because of the level of success I’ve been able to attain over the last few years, I understand when people hold me to a certain standard. But, I feel like it would be unfair to look at my current situation or look at the lapse in the release of my music or say, “Oh, we don’t hear Ycee’s music anymore. He fell off,” and not try to piece together what has been going on for me.

I just feel like it’s the new trend now for people to look for ways to antagonize artists just to try and get a response or whatever. It’s cool, as long as I’m able to keep the lights on, I’m able to keep financing my music and take care of my family...

My work will always speak for me at the end of the day. Over the years, I’ve been able to develop thick skin and know when people are just doing things to get a reaction and when people are genuinely concerned about you.

What's the inspiration behind Love Drunk?

I was the architect of my own misfortune in that situation. I feel that’s why it hurt a lot more because if not for me, I’d still be in a very lovely, prosperous relationship. So when it ended, I just felt like there was a massive void in my life.

I use [music] as a form of release. I could be going through something, and I might not have a way to voice out what I’m going through vocally, but I know when I get into the studio, I’m always going to find a way to channel that energy into music. Music has always been a way for me to deal with my problems.

I think the title is simple, but at the same time, it depicts love in its truest form: the ups and downs that come with it.

The sonic palette on Love Drunk is more Afropop/R&B-tinged. Why is that?

After my relationship ended, I found myself in the studio, and I’d be in there for days recording and drinking. The only time I would leave would be late at night. I’d go to some bar somewhere, drink some more, go back into the studio.

With the state I was in mentally, I just found that it was sort of becoming clearer and clearer [where I was headed sonically]—from the songwriting to beat selection to the kind of tone the music was taking.

I think by mid-2020, I understood [that] this Afrobeats/R&B fusion is something I would really want to build on because I hadn’t necessarily given my fans a dedicated project to it. And by that time, I had gotten out of the sad state I was in, so the tone of the songs started taking a more upbeat direction.

Are you permanently veering away from your rap roots?

Not at all. Right now, I’m currently working on simultaneous [hip-hop] projects. I’m working on a joint tape with my elder brother, SOTA, which stands for Sons of the Alhaji. That’s going to touch on a lot of rap and hip-hop.

Then there’s my next album, Heavy Rain. And [with that], what I’m trying to do is go back to my roots of commercial hip-hop. I feel like I want the next album to be like a textbook for the rappers out there that don’t necessarily make hard music.

What does success look like for you at the moment?

Success to me currently is anything that would make me not have to worry about my next project or have to worry about deadlines for projects I need to finish. I want to believe that in the next few years, I should be able to cement my place [in the industry] and not give anybody the opportunity to say “Ycee has fallen off” again. Success is consistency musically and financially. And you know, just being able to just travel the world off of the strength of the music I put out.