YBN Cordae links up with Audiomack to break down his career highs and how he stays grounded. 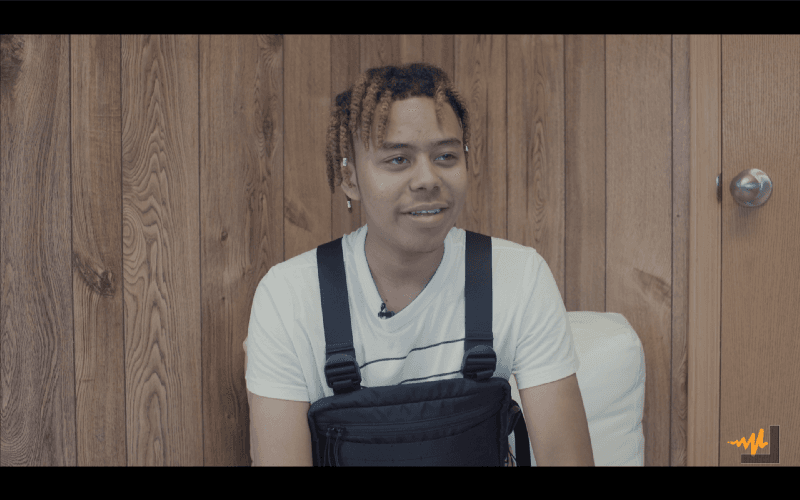 If you’re looking for lyrical prowess, sharp writing, youthful energy, and a unique cadence, look no further than YBN Cordae. The lyrical stalwart of the YBN crew, Cordae is a rare new school talent winning over hip-hop with a string of savvy, thoughtful, and catchy singles that have garnered him a mass of fans all eager for a debut album. Audiomack caught up with Cordae at the inaugural Lyrical Lemonade Summer Smash Music Festival in Chicago.

“We just getting started, still got a lot more to do,” Cordae tells us. At the time of his first interview, the young rapper only had one song and a decent buzz. Now, his life is entirely changed, but his hunger remains intact. “I’m tryin’ to a win a GRAMMY in two years, bro!” He professes with a smile. “I’m tryin’ to do that, tryin’ to go Platinum, tryin’ to do a lot, bro. I’m trying to change the world.”

While YBN Cordae is ambitious as can be, he doesn’t like to pat himself on the back too much, worried it will put out his natural fire. “That’s when you become complacent,” he explains. “Complacency leads to declination, you know what I’m saying?”

Check out the full interview to hear YBN Cordae drop gems about keeping himself grounded, the gap between hip-hop generations, his best tour stories, and how he plans on moving music forward.