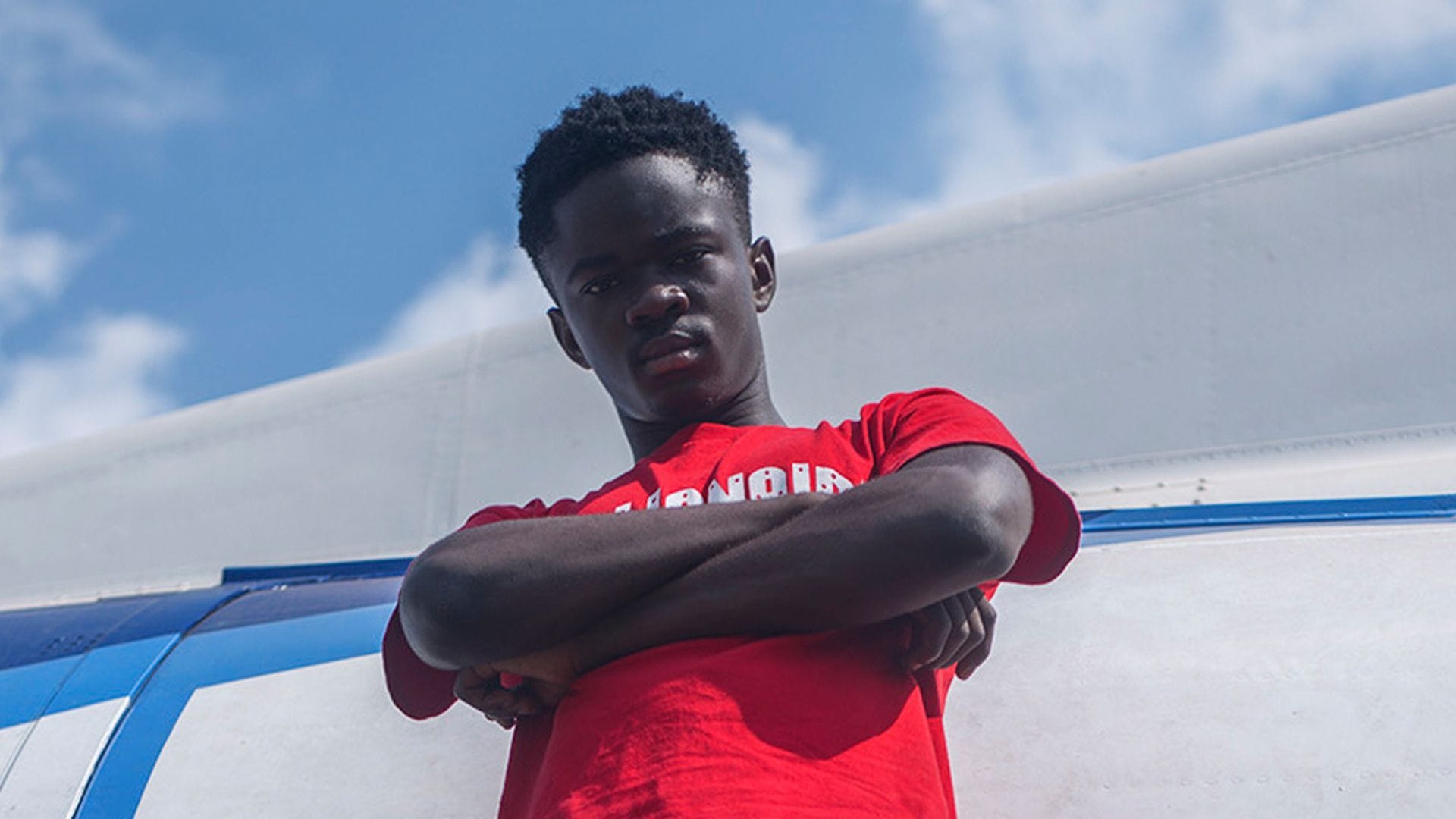 Yaw Tog is still adapting to being famous. Five months after a clip of his song “Sore” went viral, confirming drill music’s global ubiquity and announcing the ascendance of a thriving drill scene in the south of Ghana, the 19-year-old is having a reckoning with life as a music star. “These days, I can’t even do the normal things I used to do before because people recognize me,” Tog tells me when we speak one Sunday in January.

“Sore,” released on a whim in September 2020, features several eminent Asakaa rappers, took on a life of its own, and launched Tog’s career into the stratosphere. Since then, the artist has not retreated into the shadows, with three other songs—“Daben,” “Africa,” and “Y33gye”—and countless features showcasing his diversity, without losing any of the grit that makes Asakaa music so memorable.

All this success, including receiving a co-sign from Stormzy, has led to the young star becoming a totem for Asakaa music’s dynamism and ingenuity. When we speak, Yaw Tog, born Thorsten Owusu Gyimah, is taking it all with a level head and focusing on cementing his position in people’s minds. “Day by day, I’m trying to do my best to get to the position that people have projected for me,” he says. Whether there’s pressure or not, you almost certainly can’t tell. Yaw Tog just gets on with it.

How did you get into music?

I started three years ago, and it was all because of Kwesi Arthur. He was the one that inspired me to start music. At that time, I didn’t know so much about music. My music understanding was all Kwesi. I fell in love with his style, his music, and everything about him. So, for me, he’s my foundational influence. From the drill scene, I really liked what Pop Smoke was doing before he died. 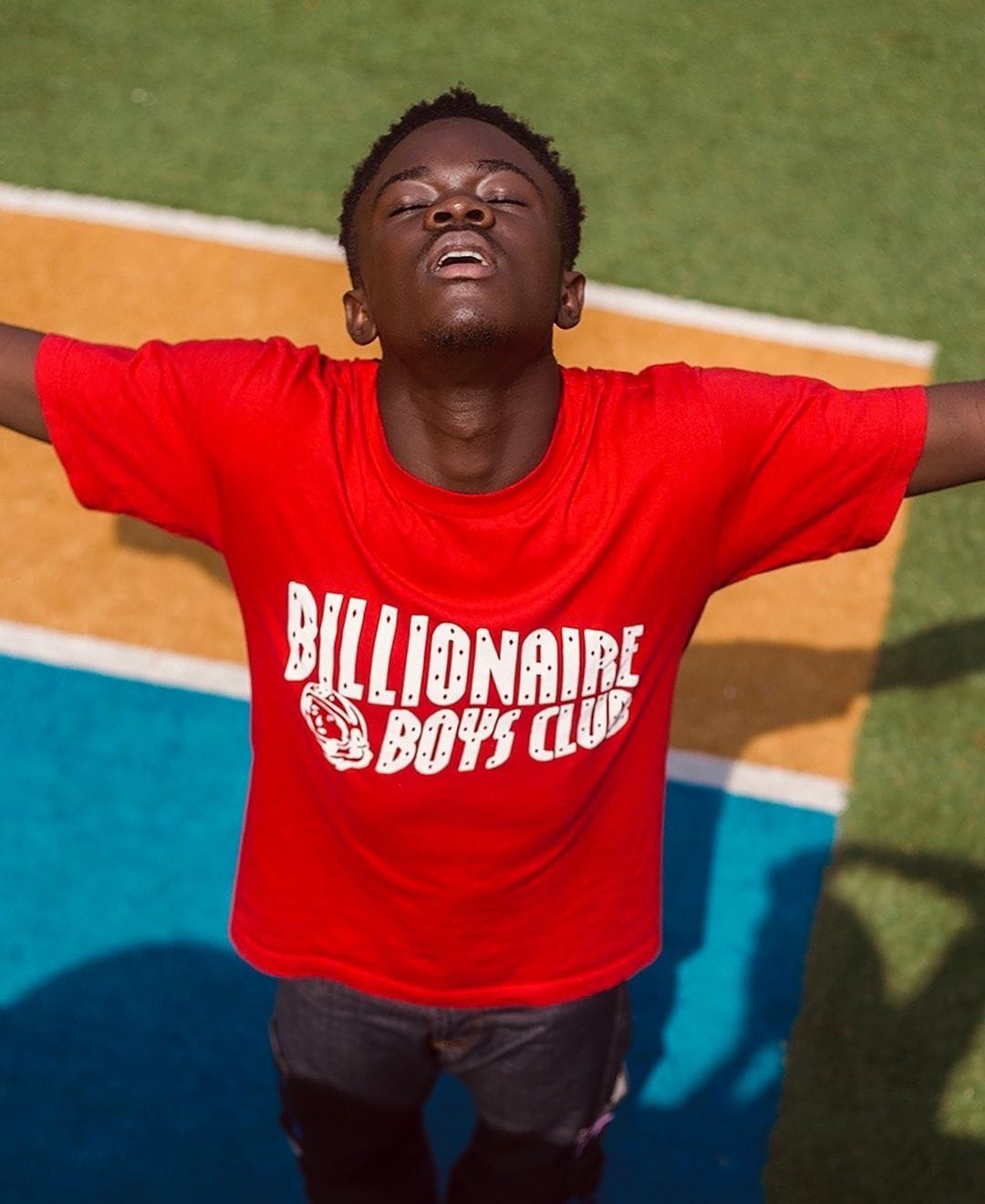 It’s been a little over five months since a clip of “Sore” went viral. How has life been?

It’s been great on one hand, but also my life has changed! There’ve been many things that have just happened for me since that time that I am still processing. These days, I can’t even do the normal things I used to do before because people recognize me. It’s a little stressful, but I’m managing it as best as I can.

Walk me through the making of “Sore.”

We made “Sore” in September 2020. I was just hanging out with some of the Asakaa boys—Jay Bahd, O’Kenneth, City Boy, and Reggie—and we just decided to make a song together. Their energy rubbed off on me, and it was a pleasant surprise to see people’s reaction to something we made together.

What was your immediate reaction to the song receiving international attention?

I was overwhelmed because starting music was very hard for me, but seeing people accept my music and embrace me as an artist was just a great feeling. It’s something I have to give thanks to God for, and also appreciate my supporters as well.

They’re genuinely great people that I love making music with. The first time we made music together was “Sore,” and that became such a big movement.

There are people touting you as the future of Ghanaian drill. How do you handle being placed on that pedestal?

It’s great when I hear that; it makes me feel happy, but I also know it means I have to work hard. Day by day, I’m trying to do my best to get to the position that people have projected for me. At the end of the day, it’s all inspiration for me to go harder.

You’re still 19, and you’re already at the forefront of music in Ghana. Do you think you’ve found your voice?

No, I truly think there’s more places to go. More options to explore. More experiences I have to go through. If anything, this is just the first stage, and I will still go through many stages. It’s all part of an ongoing process for me as a musician and as a person.

You received a co-sign from Stormzy. How important was that for you in the sense of your voice being heard far and wide?

It was a big deal for me. Even now, I can’t express how I feel about it. For the pedigree of who Stormzy is and everything he has done, it’s a great feeling for sure, and it’s always love for Stormzy from me.

You are also still a student in Kumasi. How do you balance school life with being an active musician?

It is a stressful balancing act, but I recognize the need to go to school because, here, without education, it is hard to have options in life. At school, you pick up skills and learn things that just make life better and easier.

All of your songs after “Sore” have sounded different. What is your creative process like to keep you sounding fresh on everything you jump on?

I think as an artist, I try to select sounds that mirror how I am feeling and create based off that mood. Switching sounds and what I’m trying to say [on songs] is not a big deal for me. If you’re really into the music and really talented, it shines through, and the music flows when you get the basics right. Also, I think being in tune with what the people want is a big advantage because you’re able to create with them in mind.

Tell me a bit about the Asakaa scene from your perspective. It feels very communal. Is that important for you?

We started everything from scratch, so it’s quite good that we are all having some recognition for what we’re doing. We were hustling on the streets, trying to make something of our sound and just take it up a level that would give us exposure and that has started happening. It’s also important that we show ourselves love because we are still on a journey. That close companionship is something we must always have.

How are you spending your time these days?

I’m always trying to get work done in the studio because I want my fans to keep getting the best of me. I know expectations are sky-high, and I don’t want to let my people down.