wifisfuneral links up with Audiomack to break down the humbling experience of the XXL cover and how he’s fighting his dark past. 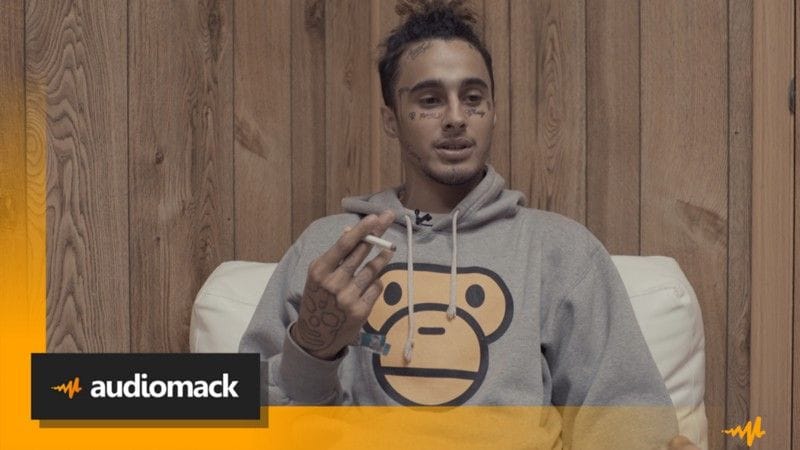 2018 XXL Freshman wifisfuneral has been making an impression on hip-hop culture since his 2016 mixtape Black Heart Revenge. In 2017, wifi dropped two more well-received projects and signed to Alamo Records, all leading up to his 2018 debut album, Ethernet. wifisfuneral linked up with Audiomack at the 2018 Lyrical Lemonade Summer Smash Festival to discuss his come up, his future moves, and the message he wants to send his fans.

After breaking down the incredible feeling of being part of the festival and the humbling experience of making it as a XXL Freshman, wifisfuneral admits that hip-hop could stand to be more humble. “But we’re all humans at the end of the day,” he appends. “You don’t always have to be arrogant to get your point across. Sometimes silence speaks louder.”

As for what he wants to accomplish as an artist? “Be the best me,” he says without pause. “That’s something that I struggle with every day. A lot of people lie to themselves and say they’re the best them, but it’s about looking at yourself in the mirror and saying ‘Look, this is it, the good, the bad, the ugly, and I accept it.’ There’s still a lot of skeletons in my closet that I haven’t been able to get over.”

“Do you. Fuck everybody, and don’t give a fuck about what nobody thinks,” wifisfuneral declares. This is his best advice for becoming your best you, and he’s absolutely right. “What makes you happy is what makes you happy; your gut feeling is your best feeling.”

Check out the full interview to see wifisfuneral talk about the XXL cover, why he stopped wearing jewelry, and more. And check out Audiomack’s official YouTube channel for even more interviews from the Lyrical Lemonade Summer Smash.