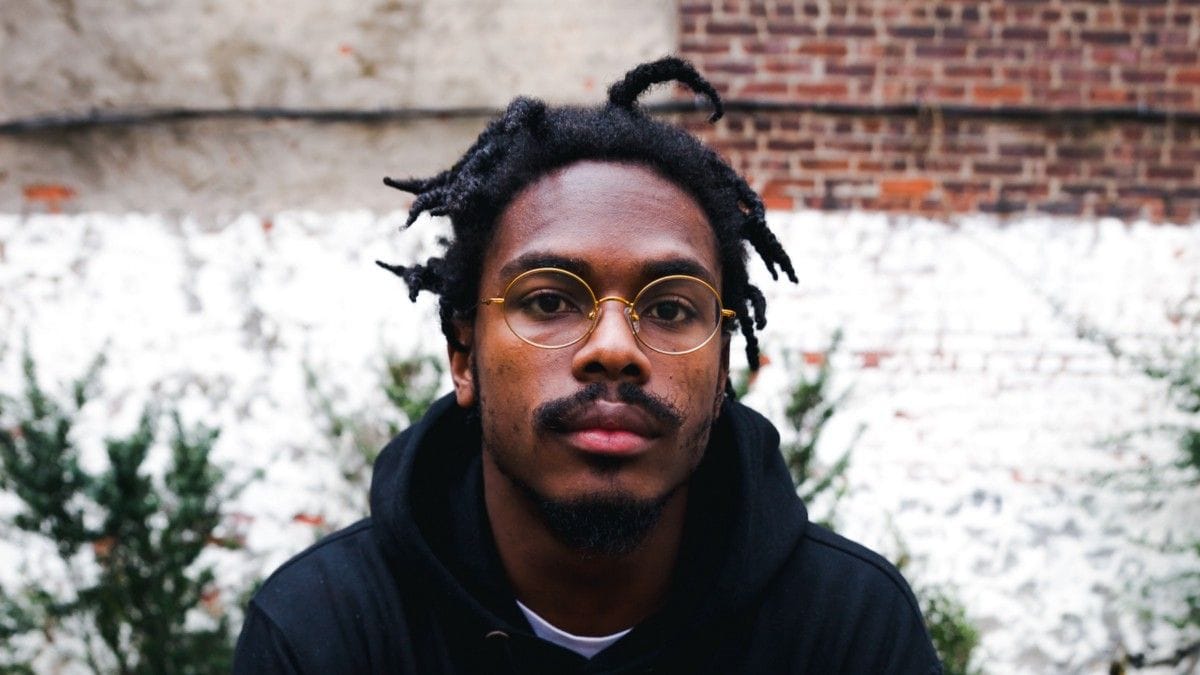 Meet the NYC-based creative doing it all himself.

Ant Blue Jr., aka Stonie Blue, curates an exclusive playlist for Audiomack and talks to us about stumbling into a dream career as a DJ, opening up for Drake, and being self-sufficient as a creative. All photos by @yvng_leo.

The multitalented NYC-based creative will admit he’s not very good at talking about himself, but it’s easy to let his art do the talking. As a DJ, photographer, artist, animator, videographer, and more — the list goes on — Blue lives and breathes creativity. It’s why he’s recently opened up for Drake, toured his party-starting talents across Asia, co-founded the “Believe In Yourself, Do It Yourself” movement, and started releasing his own music under his DJ and artist moniker Stonie Blue (last year saw the release of his debut EP, Move Me, a 22-minute set of addictive house, as well as a music video for laid-back rap single “Photography?”).

Call him Ant or call him Stonie, but understand that curiosity feeds every move and artistic pursuit, along with a healthy mix of positivity. He wants to do everything, and he wants to do it all with good intentions, even if he doesn’t want to talk about it.

Ant Blue Jr.: New York came first. I moved here to do photo and video stuff. I had an internship with Karmaloop and I was interning on set. I moved here in 2012, right after school in Nebraska. 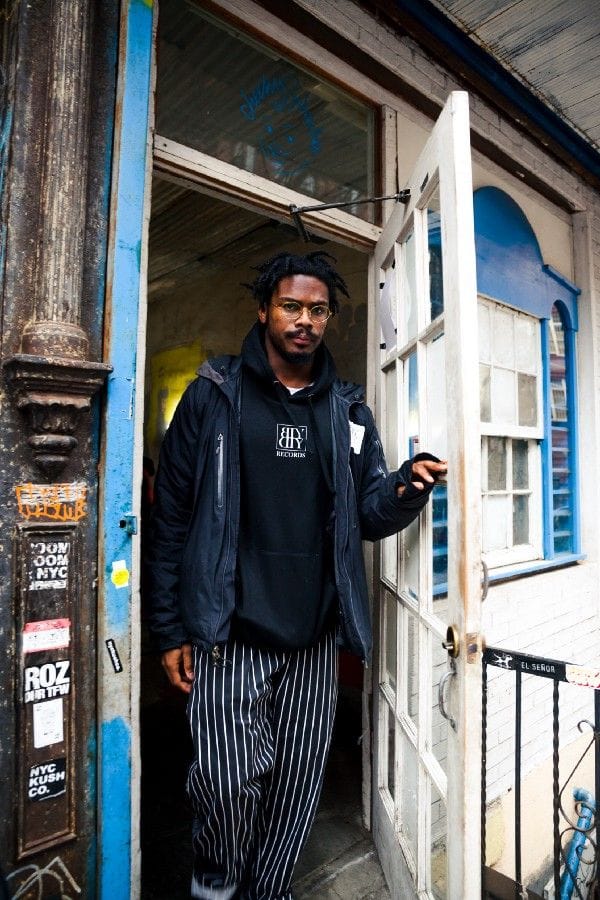 How did you get into DJing?

I was shooting shows and went on tour with some artists photographing. Funny enough, my friends opened a bar in Brooklyn and I started DJing there with my friend Matt. From that day in 2014, I got booked for a gig at SOBs. I was in my room on a controller, just trying to figure it out. When I started getting booked, I realized I had to get good at this. [Being a DJ is] heaven-sent, making so many people in a room happy. I never planned this. I feel like I found my passion, my purpose. It crept about so naturally.

What’s the vision for it?

I want to do more. I started making music based off listening to transitions when I was DJing. I put out a project in February called Move Me. It’s house music, dance music. The songs I put out were six songs that came to me very naturally, and also so that I have music I can play if I go out to Europe. 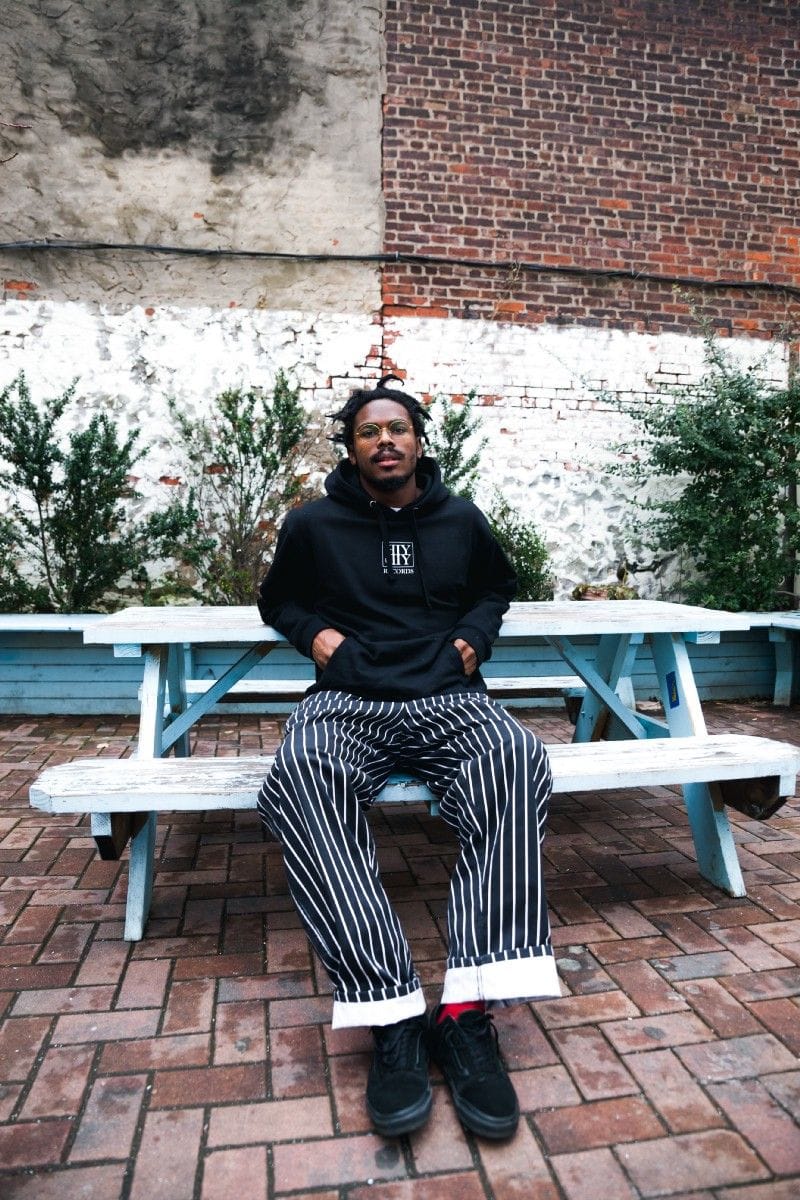 What do you spin?

Everything. I spin a lot of house and hip-hop, but infused with rock and roll, gospel, everything.

Do you feel like it’s a good time to be in the music industry?

It’s a great time; everyone has access. You can upload directly to the platforms and let the people decide if it’s good or not. Pull out your phone and record. As far as giving yourself a shot, it’s a good time. 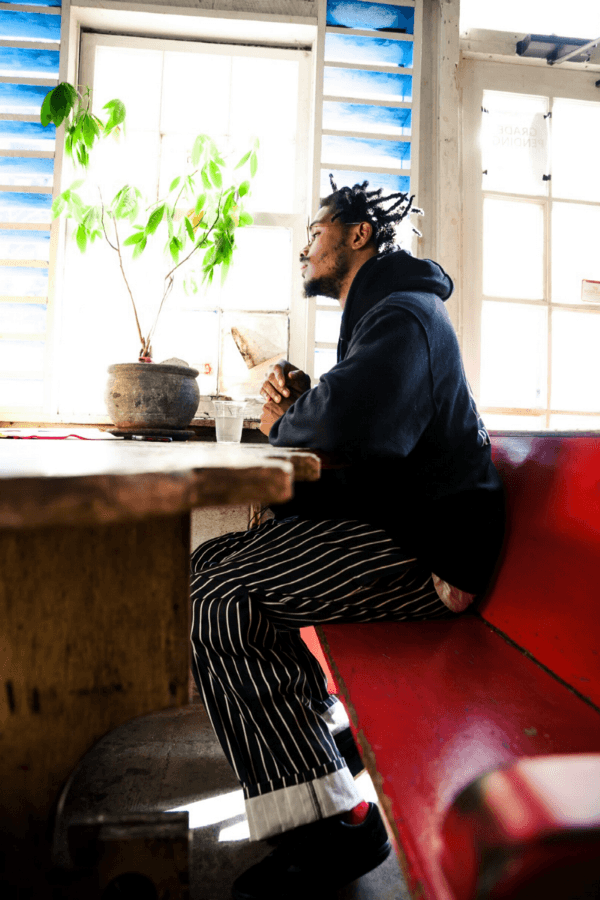 How are you tapping in?

Saying yes. Having my own events. Putting back into the culture.

What was the bravest thing you’ve done musically?

Every time I DJ, I feel brave. This year I opened for Drake. I was doing a DJ set and I just started rapping one of my songs, like fuck it. No one knew who I was, but I thought — even if this goes bad, at least I did it.

Who follows you, your events, your music?

A lot of friends. [Laughs] Open-minded people. Sophisticated music lovers. I have fun playing in intimate places where there’s no pressure to play the hits.

Where do you create the best?

Alone, at home. I don’t really know how to collab with people on music; it’s hard to make something together. I just want to be self-sufficient — if I can carry it out from start to finish, I want to do that. 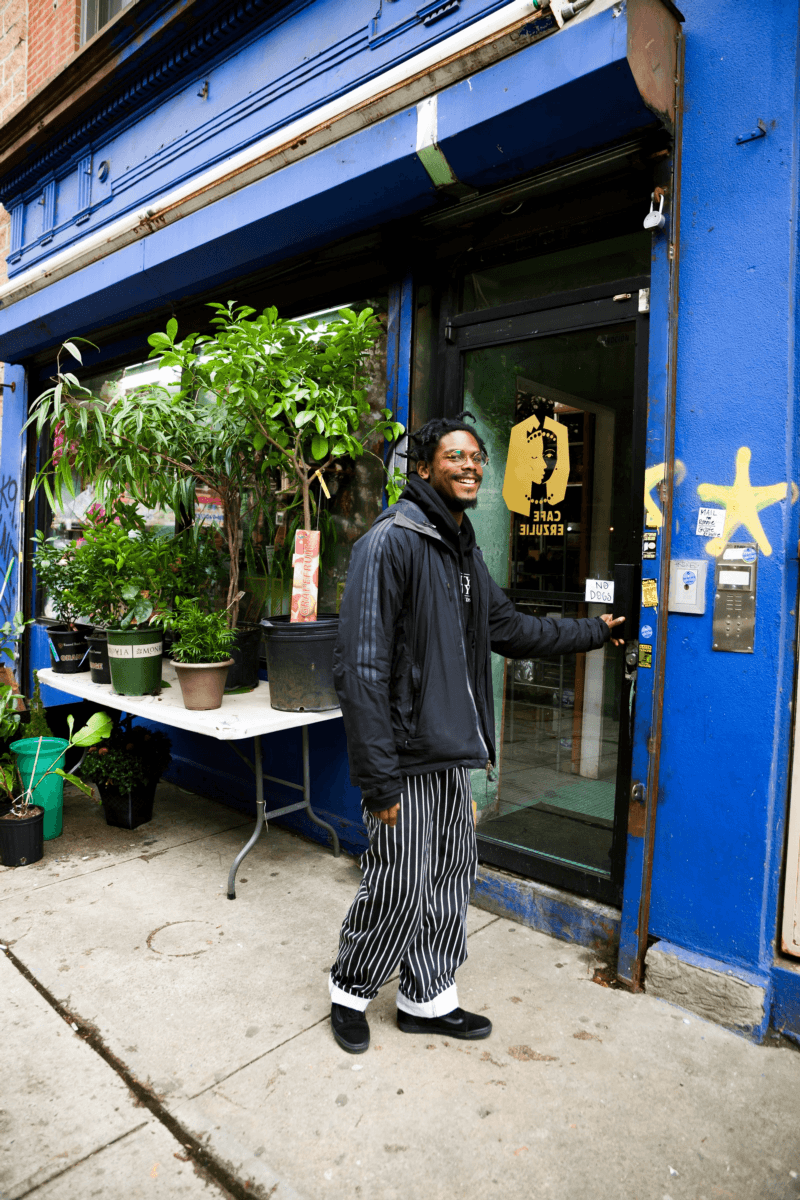 Will you start getting other artists into the mix?

Certainly. Especially for the energy you get from collaboration. I’m still learning how to direct that process. I’m just going to keep creating from my heart and I think it’ll attract the right collaborators. 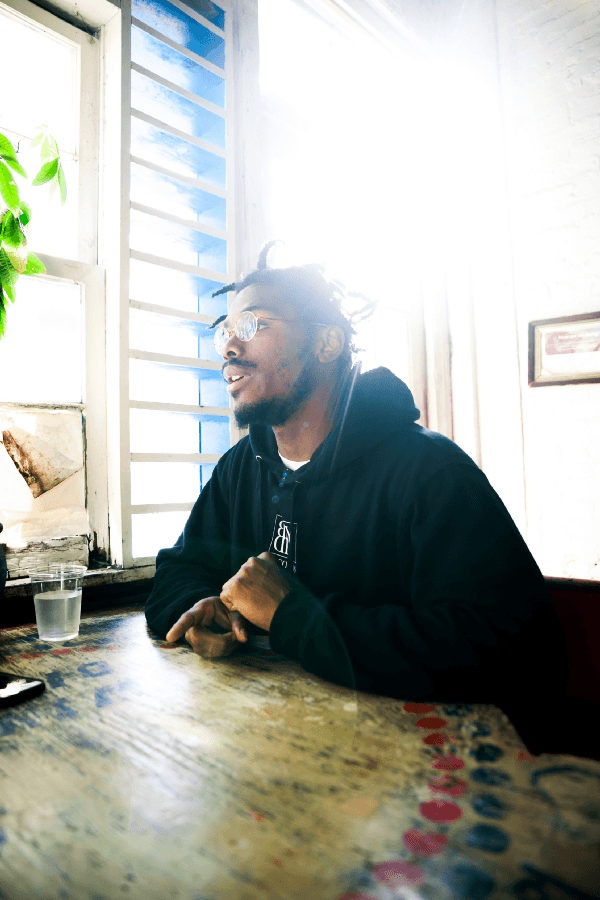 Are you living your dreams right now?

I’m living them. I’m just trying to continue to grow. A lot of people don’t make art because they’re afraid to try. I put out goofy stuff like me mumbling and people are like, “Oh damn, this is good.” I think people are just nice to me. I’m like, you guys are silly but I’ll run with it.

What was the last mistake you learned from?

Don’t max out your credit card.

My biggest dream would be traveling the world and making art constantly. Shooting, DJing, bringing those stories back. On the go. I’m ready to see more of the world. Berlin, Paris, South Africa. I want to see what it’s like living out of America for a longer period of time.

Always trying new things. An individual. Very to myself. I’m not good at talking about myself.

What will people say about you in 30 years?

This guy did everything. And he did it with good intentions. 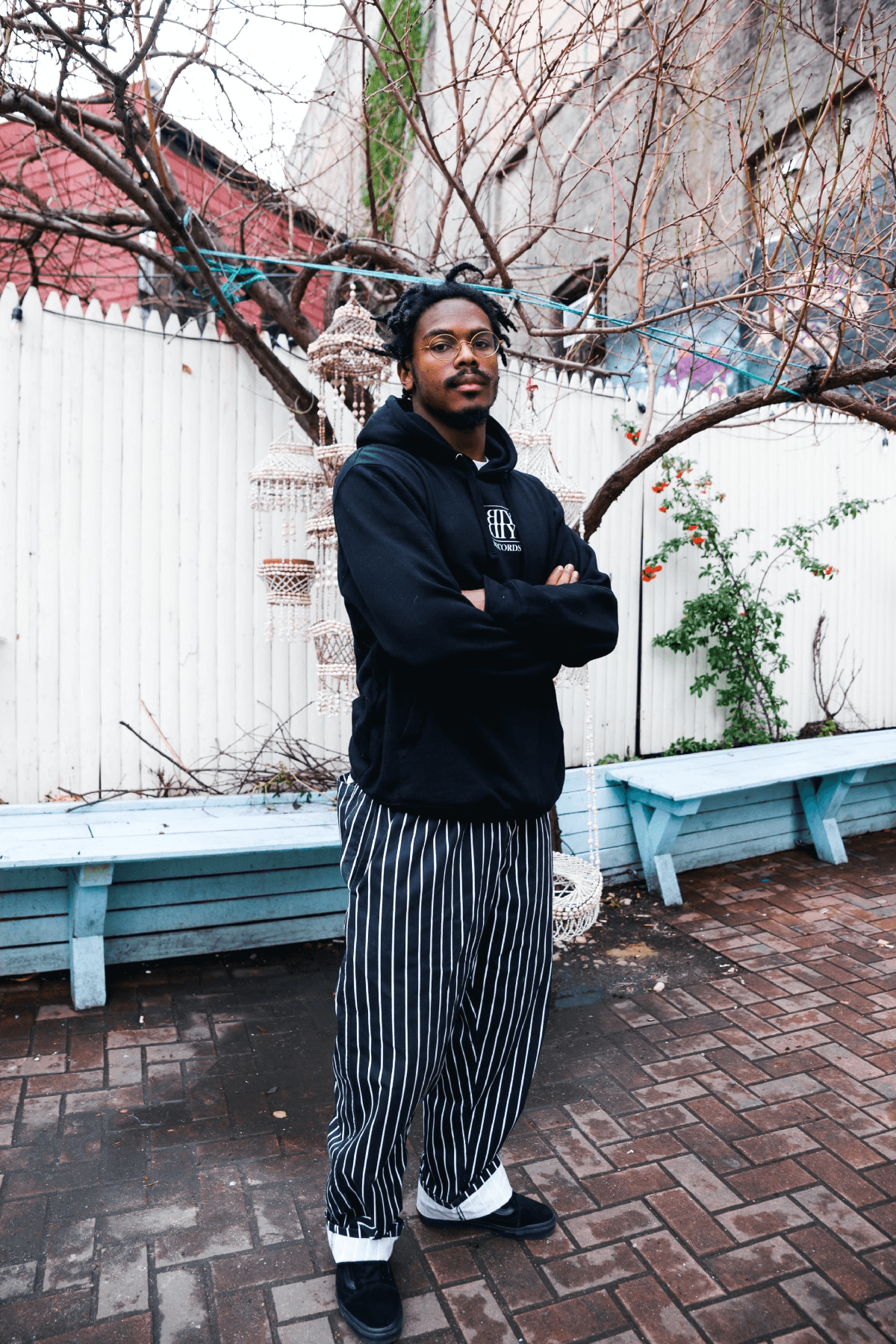