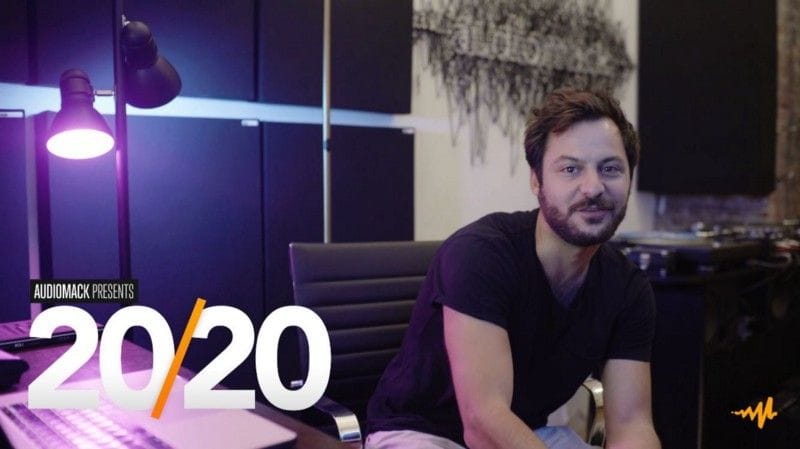 Welcome back to 20/20, the Audiomack series where we give our favorite producers 20 minutes and 20 Splice samples and watch them flip these layers of sound into one impeccable beat, showing off how they are moving music forward on the fly. For this episode, we’ve got California producer KRANE, best known for his work with the LA beat scene, Anderson .Paak, J. Cole, and more artists moving music forward.

“You know, when I’m sketching beats, I have very little idea of what things will sound like,” KRANE admits, scrolling through his selection of samples. KRANE decides on a few crisp claps and a SOPHIE snare to start his beat. Gravitating to a blown out flange, KRANE dubs it the “melodic element” of his production.

Bringing us into his DAW, KRANE then plays with pitches and BPMs. We’re treated to a true venture into the mind of a producer mastermind. After just a few tweaks, KRANE has the beginnings of a festival banger of a beat. Ever the perfectionist, he continues tweaking.

“There’s this thing I do in a lot of my subs,” he explains. “I put this Kick Tight corpus on it. I have no idea what it does, but it just seems to bring out the low end more.” With the new effect, KRANE develops a far more dramatic and brooding sound. “I think we got a beat,” he says with a smile. “Should we do it all the way through?”

Check out the full video to see what KRANE cooked up in 20 minutes with 20 Splice samples, and how the California producer’s creativity allows him to keep moving music forward.