King Combs sits down with Audiomack to discuss his new project, memories with Bad Boy, and who’s next up in New York. 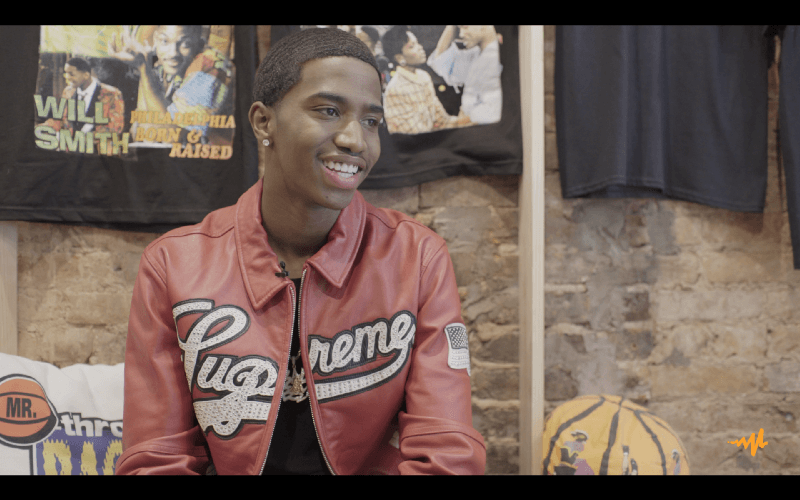 There’s nothing like a good hip-hop legacy. Enter King Combs, a young rapper indebted to his ‘90s roots, growing up in studio sessions with his father, and adapting flows from the Bad Boy greats. Combs’ latest project, 90's Baby takes a grip of classic samples and adds a fresh, New York twist to each of the 12 tracks. Shot at Mr. Throwback in NYC, King Combs breaks down just how he used throwbacks to move music forward.

“I wanted to bring the ‘90s vibe to this project, because I feel like rap right now, and the music industry, is lacking uniqueness,” Combs tells Audiomack. “It’s a little watered down, and I feel like [the ‘90s] is a breath of fresh air. I grew up listening to the ‘90s, I love the ‘90s,” he concludes with a smile.

Don’t get him wrong, Combs loves the trap wave, but 90's Baby is his way of breaking up the monotony.

That love for the ‘90s shines through and carries this tape. The “Fu-Gee-La” inspired “Bad Boy Back” is just raucous enough while keeping in time with Combs’ measured flow. His charisma spills out on “Not Like Me” and “Eyez on C.” Throughout the interview and the project, it’s clear that King Combs is a respectful student-turned-master of the game.

Check out the full interview to see King Combs list his favorite NYC rappers, his best memories from Bad Boy studio sessions, and to hear him explain how he’s going to be moving music forward.