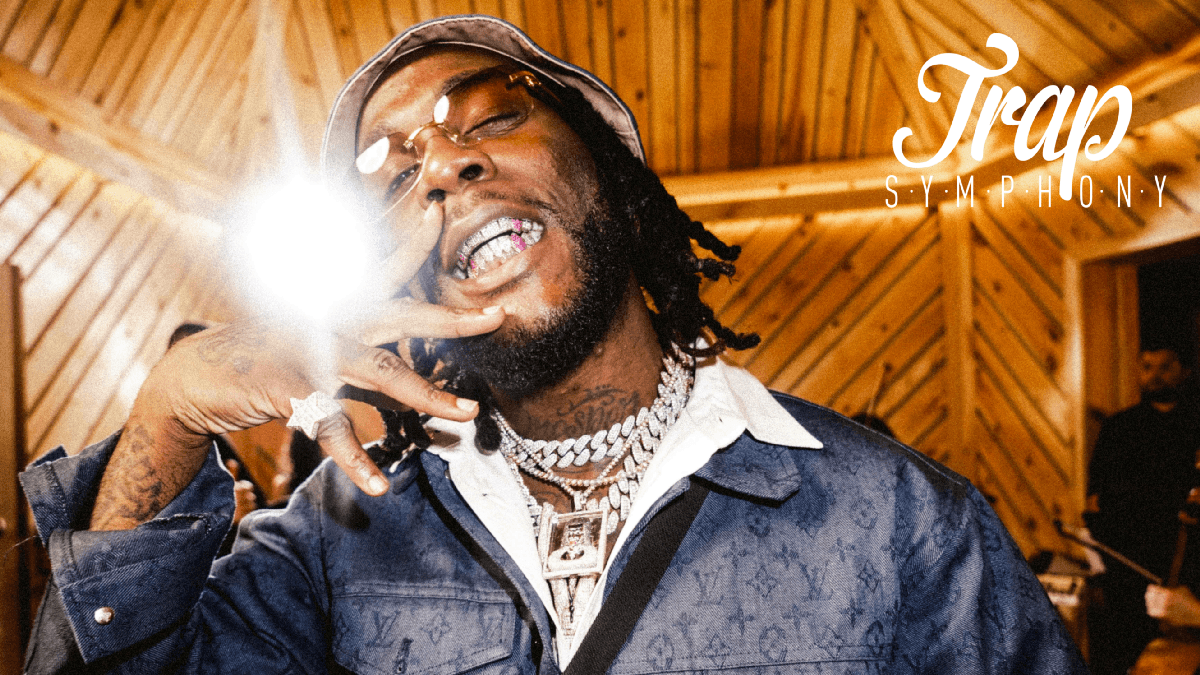 The African giant reworks “Ye,” “On The Low” and “Anybody” for Trap Symphony.

“Another Story,” the tenth track from Burna Boy’s excellent 2019 album African Giant, begins with a declaration regarding the artist’s native country: “To understand Nigeria, you need to appreciate where it came from.”

Casual listeners might not need to understand Burna Boy’s current role as one of African music’s most celebrated stars and global ambassadors to appreciate his music. His sound, which he’s dubbed Afro-fusion—a rich, vibrant blend of Afrobeats, hip-hop, R&B, dancehall, and pop—is an undeniable blend of bright grooves and galvanizing rhythms. To truly understand Burna Boy and the impact he’s had as a trailblazer for African representation in Western pop culture, though, you must appreciate where he came from.

African Giant fuels that appreciation and understanding, taking the personal nature of its predecessor, 2018’s Outside, and expanding the spotlight far beyond Burna Boy himself, onto the entirety of Africa and its people.

Now, in the wake of the success of his new album, Burna Boy brings Trap Symphony into his world.

As an international face of bridging the gaps between genres, communities, continents, and more, Burna Boy was a natural fit for the latest installment of Audiomack’s Trap Symphony. Backed by an eight-piece orchestral ensemble, the Nigerian force reworks three of his biggest songs: “Ye,” “On The Low,” and “Anybody.”

Shot and edited by Erikson Corniel, Trap Symphony was recorded at The Bunker Studio in New York City and features musical direction and mixing by John Cleary, piano by Matt Compo, drums by Jon Brick, and strings by the Velveteen Ensemble.

Burna Boy’s Trap Symphony follows performances by Migos, Chief Keef, A Boogie wit da Hoodie, Rich The Kid, and Trippie Redd. Trap Symphony has been described by Billboard as “truly must-watch cinema” and by The FADER as “surprisingly emotional,” while Noisey said, “You should absolutely watch every damn second of it.”