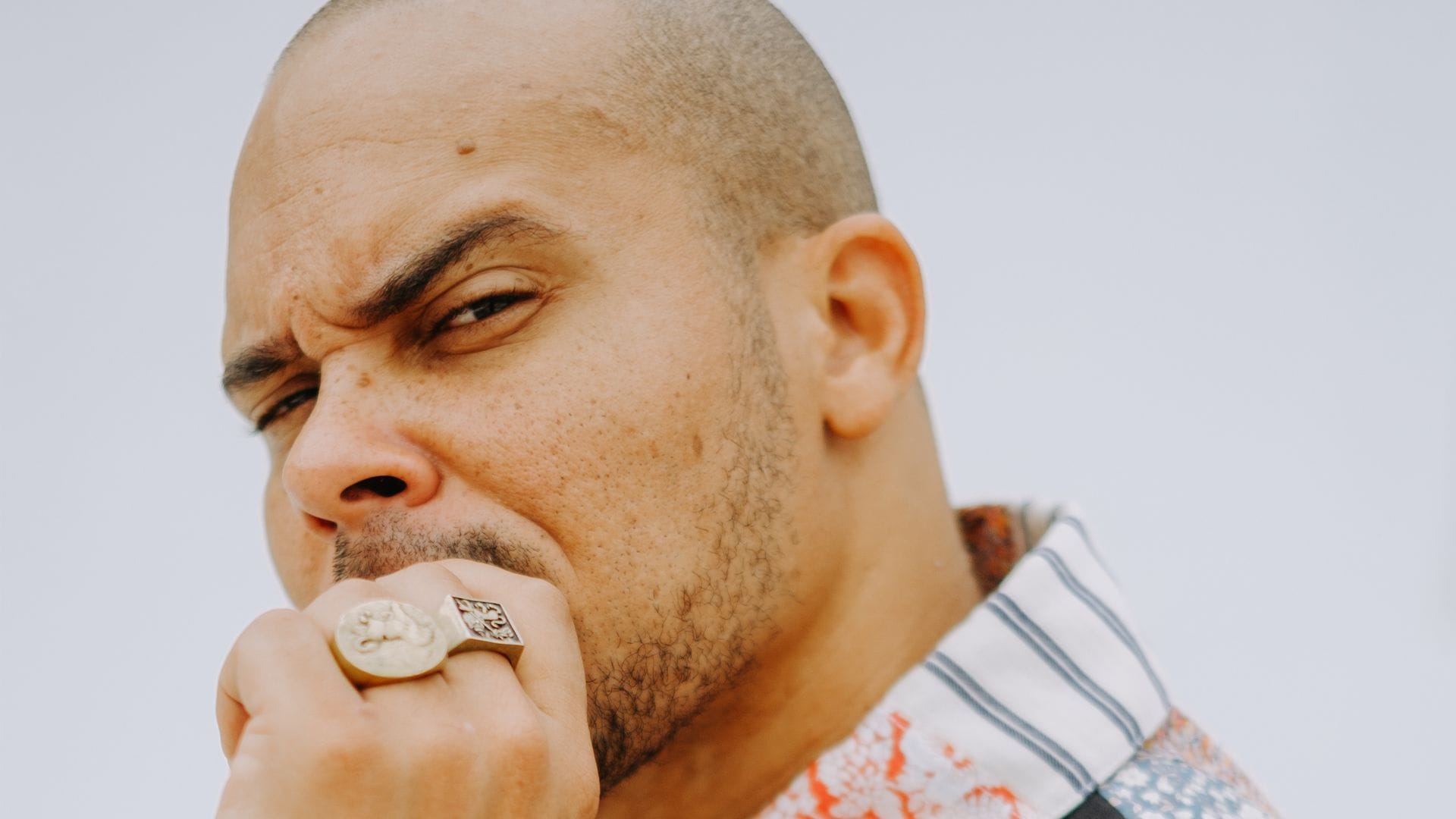 Walshy Fire is a jack of all trades. The Jamaican-born, Miami-raised DJ and producer (born Leighton Paul Walsh) has enjoyed international success as one-third of dancehall/reggae-inspired electronic dance outfit Major Lazer since 2011. In 2019, he made the leap to release his debut solo album. Titled ABENG, it helped spark a movement of fusion across the diaspora with authentic sounds of dancehall, reggae, and Afrobeats from the Caribbean and Africa.

“The sounds everyone had been hearing for the last couple of decades were coming from these places,” Fire says. “Everybody always refers to Justin Bieber, Drake, and those guys doing the sound. So it only makes sense that the source gets more popular.”

With the ongoing pandemic, Fire has focused on what he refers to as his “idea book,” one of which includes the upcoming sequel to his solo album that will broaden the discussion of musical unity within America, Canada, and the UK. But he doesn’t make a fuss about pleasing other people.

Walshy Fire continues to knock down critics one song at a time. When naysayers thought Afrobeats was just a passing trend, he traveled throughout Africa to ingest the homegrown genres for himself. When classic publications branded Major Lazer as predictable, he (along with members Diplo and Ape Drums) continued to serve a melting pot of nearly every genre they could think of without a care.

Music will always be at the forefront of Walshy Fire’s priorities, despite how critics may feel about his or Major Lazer’s trajectory. “From day one ‘til now,” he continues, “we’ve made music to move people and to fill that space with people that they probably never would have talked to. And that hasn’t changed.”

Your ears are always to the ground when it comes to music. Is there anyone you have your eye on right now?

There’s a guy in the UK named Pa Salieu. I think he’s going to actually be the first UK rapper to crossover in America. And I say first, only as in a solo [artist] to perform [overseas] shows where people really, really know his music. I think Giggs, Skepta, and Wiley kicked down the door. But I think Pa Salieu is going to be the first one to really walk through it and see success. Then in Jamaica, Skillibeng’s “Crocodile Teeth” is taking over.

It’s been rumored that Music Is The Weapon is the final Major Lazer album. Can you confirm?

I don’t see why that would be a crazy rumor. That in no way says that we don’t drop singles/EPs and tour. But I don’t think it will be the last time—we have too much music. Just like naming the album Music Is The Weapon was a rumor, this just isn’t true. I don’t know where that comes from more than somebody probably said something in an interview, like I just said to you, and then that little thing...

They picked it up and made it the headline.

But again, if we don’t drop another album, we’re not going anywhere. It’s just that albums don’t matter. Not that they don’t matter at all, by the way. They definitely allow you to create a world in a space where your fans can engage. They allow you to have a theme for a tour and merch. But you can do the same thing with an EP and kind of the same thing for the singles. It’s not as necessary as before.

The reason I ask is I was reading reviews, and some critics thought Major Lazer was getting stale or too pop-leaning.

I don’t feel any way about that. I think that’s awesome that critics took some time to listen to our project. I understand that’s their job. I also understand that everyone loves the underdog.

Do you guys still feel like the underdog after all this time?

Yes, absolutely. But I don’t think critics or industry people think we’re the underdog. When you headline Coachella a few times, it’s hard to really be like, “Yo, what we’re doing is kind of different.” The first time all those critics are rooting for us. But again, it’s all about optics. Once you have a perceived level of success, I think you just naturally get hate.

It comes with the territory, so you can’t really do much about it.

It’s not like their opinion isn’t warranted. If they feel that way, they feel that way. But I’ve been living life for a little while now. I’ve been living life in situations outside of music. When you’re from the ghetto, it kind of works this way. You realize humans are just going to be humans. It’s just much easier to say something negative. It’s part of their job, and that’s okay. You bringing them up to me is even weird because the music critics are an irrelevant part of the music.

Just throwing a name out there, like a Rolling Stone or a Billboard where I used to work. Some artists think, “Maybe I should reconsider making music that charts.”

Can someone directly connect a critic from Rolling Stone negatively or positively affecting a record? I definitely think back in like the ‘60s and ‘70s, ‘80s, ‘90s, for sure. If they dissed your record, it affected your record.

But you don’t think it’s not making that same impact now?

Let’s all agree: Music is consumed by kids. As much as you 24-year-olds think you run music, you absolutely don’t in any way, shape, or form. The further you get away from being a teenager, the less and less you matter. So if the critics were teenagers, I would be like, “Hmm.” But I guess that’s what the comment section of social networks are.

I know you’re open to these types of conversations.

I love it. But I’m just thinking to myself, what is the opposite side of the argument? What if a critic loved my album? Would that, in any way, get more people to listen to it?

I would say yes because they’re putting out these reviews and getting the traffic to their website. Look at Pitchfork.

You don’t think it has an effect?

I literally look at the audience and go, “Everyone who is purchasing and streaming is 19 years old.”

I’m so glad we’re having this conversation. This is going to be hurtful, but I’ll just say it. As much as we want to act like people do, people do not love music. They love what they love. Let me explain: People like music in a general sense. Let’s relate it to cars. I always see people fix up the cars, and they add the engine, so the car goes super fast.

When I see somebody who loves cars, I realize I just like cars. I don’t know why people don’t want to admit that applies to music as well. Literally 99 percent of the other people in the world, music is just the background. There’s a small group of us that love music. Like how a nerd nerds out on software...

We do the same thing: geek out on music.

What is the critic but a nerd? But the majority of the audience are people who just skim through.

It’d only be nerds like me who read that stuff because I love music.

You’re in this five percent of people. I believe the traction of a music magazine is based on the front cover. You put 50 Cent on the cover, and you’ll get a lot of traction because a lot of people want to know what 50 Cent is going to say. You put somebody that people don’t want to really hear what they have to say, they don’t check out the magazine, which means the critic section is not what they come for. You might be because you’re really in it. So you could care less about the cover. You’re still going to read it from front to back.

So I look at all of those things: the actual consumption age of the music, the relevancy of a publication, which we all know has gone down. There’s just middlemen and gatekeepers who no longer have a job. I hate to say this, but everyone’s a critic now. So how can a critic stand on anything that anybody would respect as a true answer, except for those nerds? They’re the only ones that are going to look at it and be like, “Yo, you’re one of us,” while the rest of the world is directly talking to the artists now.

I got tons of critics on my phone. They actually will DM me or sit in the comment section and be like, “You suck.” And I actually love them, and I return a response. Thankfully, that rarely happens. But when it does happen, I appreciate them being so invested. Remember, the person that does the Rolling Stone thing, he or she gets a check. If they didn’t get money, they don’t care that much to be like, “I’m going to have to do this for free.”

It’s just like me with this interview. I’m getting commissioned for it, but I’m also a fan of you.

You do these interviews with musicians ‘cause you can nerd on music, and you engage. That person in Rolling Stone, they don’t love music that much to be doing it for free. They want a little something for it. They realize Rolling Stone is still going to be the benefactor of a really spicy critique. They could do it on their own, but guess what? They would be just like everybody else in the comments. The critics now are your friends. You take their word because they’re trusted. They’re somebody you can hold accountable. If you find out they were wrong, you can approach them and tell them they can catch these hands. The critics are your peers, not someone in the magazine.