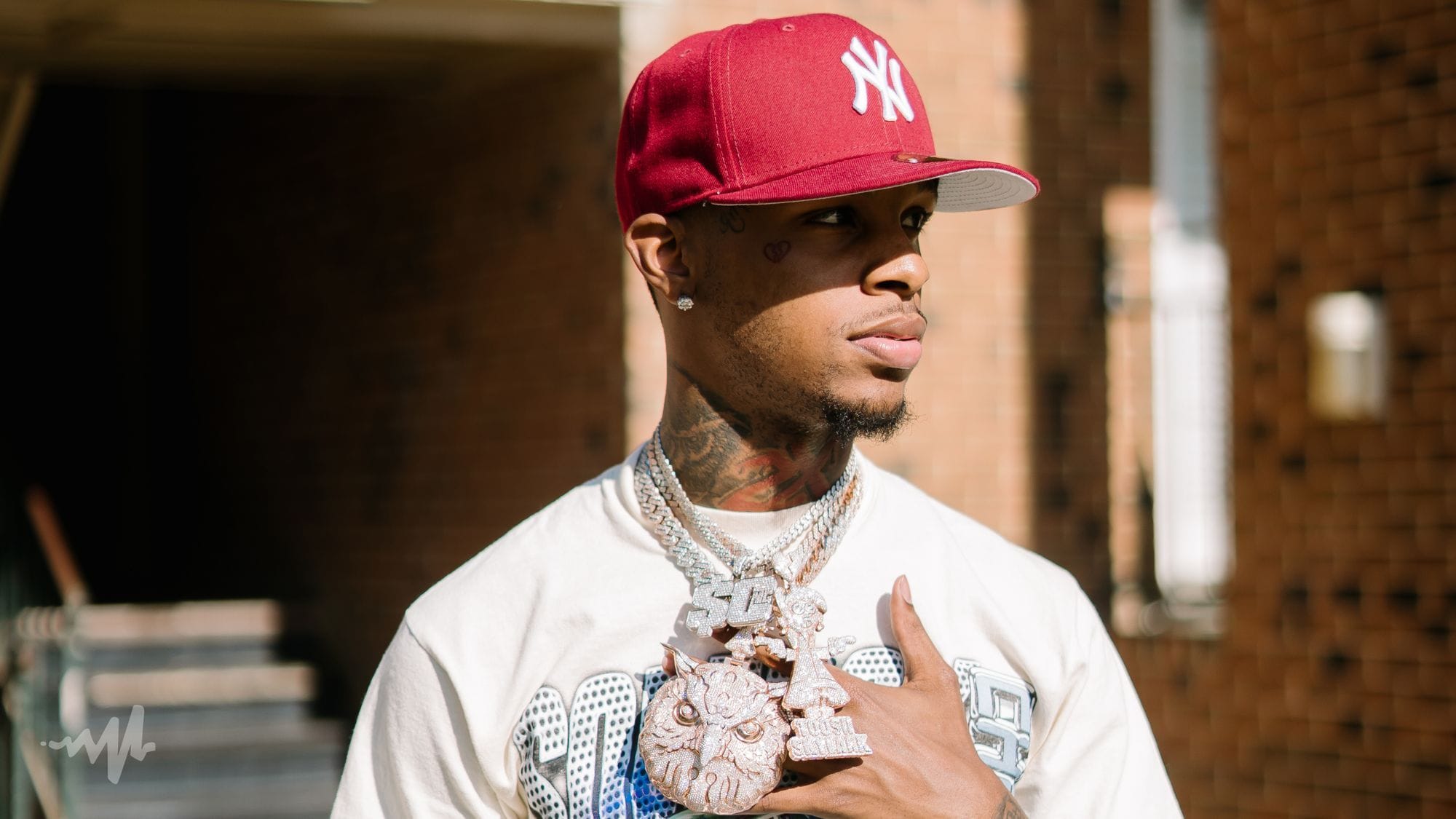 If you want any shot at longevity, you have to be an individual. For as long as Toosii has been making music, he’s stayed on his own path. The artist, born Nau’Jour Grainger, grew up between Raleigh, North Carolina, and Syracuse, New York, and doesn’t cite any of the rappers that were blowing up on playlists or blogs when reminiscing about starting his musical journey at age 15.

“I was listening to my brother and my dad,” Toosii tells me during our phone call. “I wasn’t really listening to no other music. I started doing music because of them.” With his family as his guide, Toosii honed his craft and eventually began to release music himself. Using a fluid, melodic style to showcase street bravado, seduce with his romantic side, and share autobiographical bits about lost loved ones and deteriorating relationships, Toosii is a heartthrob at one moment and a heartless shooter the next.

“I never really been one to care what people thought. I just used to put stuff out there,” Toosii says, noting his confidence in music comes from within. “Whether people liked it or not, this is what I like. Once I seen people liking it, I’m like, ‘Alright, I got talent.’ That’s what made me realize this is for me.” 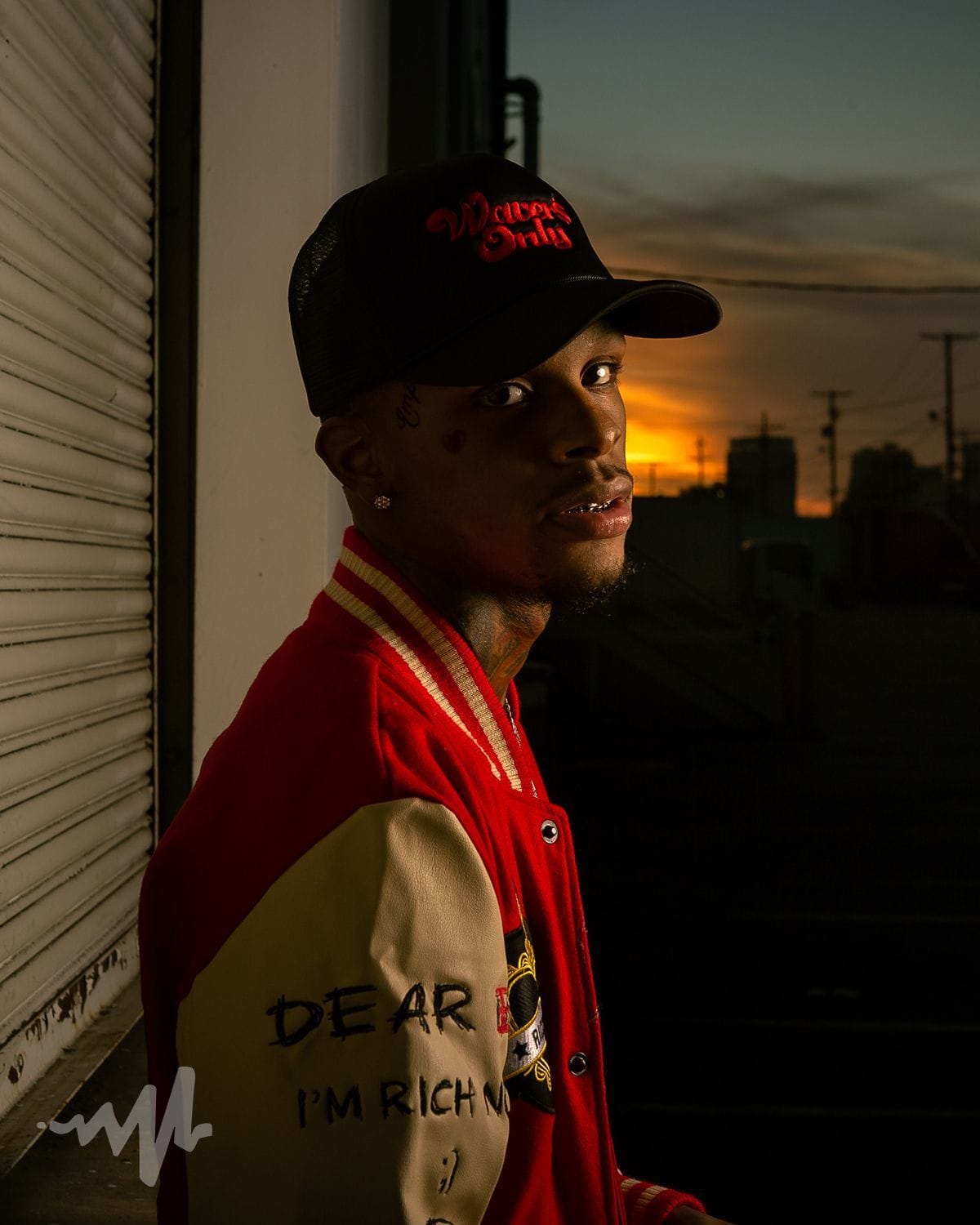 Pleasing fans may not be the sole reason for Toosii’s music, but there’s no denying the masses eat it up nonetheless. Songs like “Karma” and “Red Lights” gained traction in 2018 and 2019, supporting early mixtapes and EPs until he signed with South Coast Music, the same indie label that catapulted DaBaby to stardom. By the end of 2020, Toosii added Capitol Records to the mix, releasing his first studio LP, Platinum Heart, in February 2020.

True to Toosii’s desire to forge his own path, Platinum Heart has zero guest cameos. Broader, Toosii has a decidedly solo career, aside from a pair of collabs on the follow-up Poetic Pain, released later that fall. Though this individualistic path might lead to a scratchier road to the top, there is undoubtedly a more reliable payoff once Toosii ascends. If you’ve got Toosii playing from your speakers, you’re a fan of him, not the star power he may bring along via features. It makes all of his music—whether it’s somber, lusty, or boastful—feel more personal and intimate. Too, his albums appear more focused. The same tone continued on his latest singles, “back together” and “what it cost,” two offerings from his upcoming mixtape, Thank You For Believing.

When Toosii bares his soul with a lyric about his grandfather being murdered or losing a loved one to drug abuse, there’s nowhere and no one for him to hide behind. “I’ve never been a big fan of features,” Toosii admits. “I feel like music is my sanity. There’s gotta be a reason as to why I’m putting you on the song.”

You were born in Syracuse but moved to Raleigh at some point. How early in your life did you move to Raleigh?

I moved to Raleigh when I was about 12; after that it, was back and forth. My city was getting dangerous, and it was hard for a kid to grow up in. My mom wanted a better life, so we came here. It’s still kind of considered upstate because it gets so cold. I don’t mind being from upstate. Ain’t nobody make it out of upstate; I’m the first one for real. 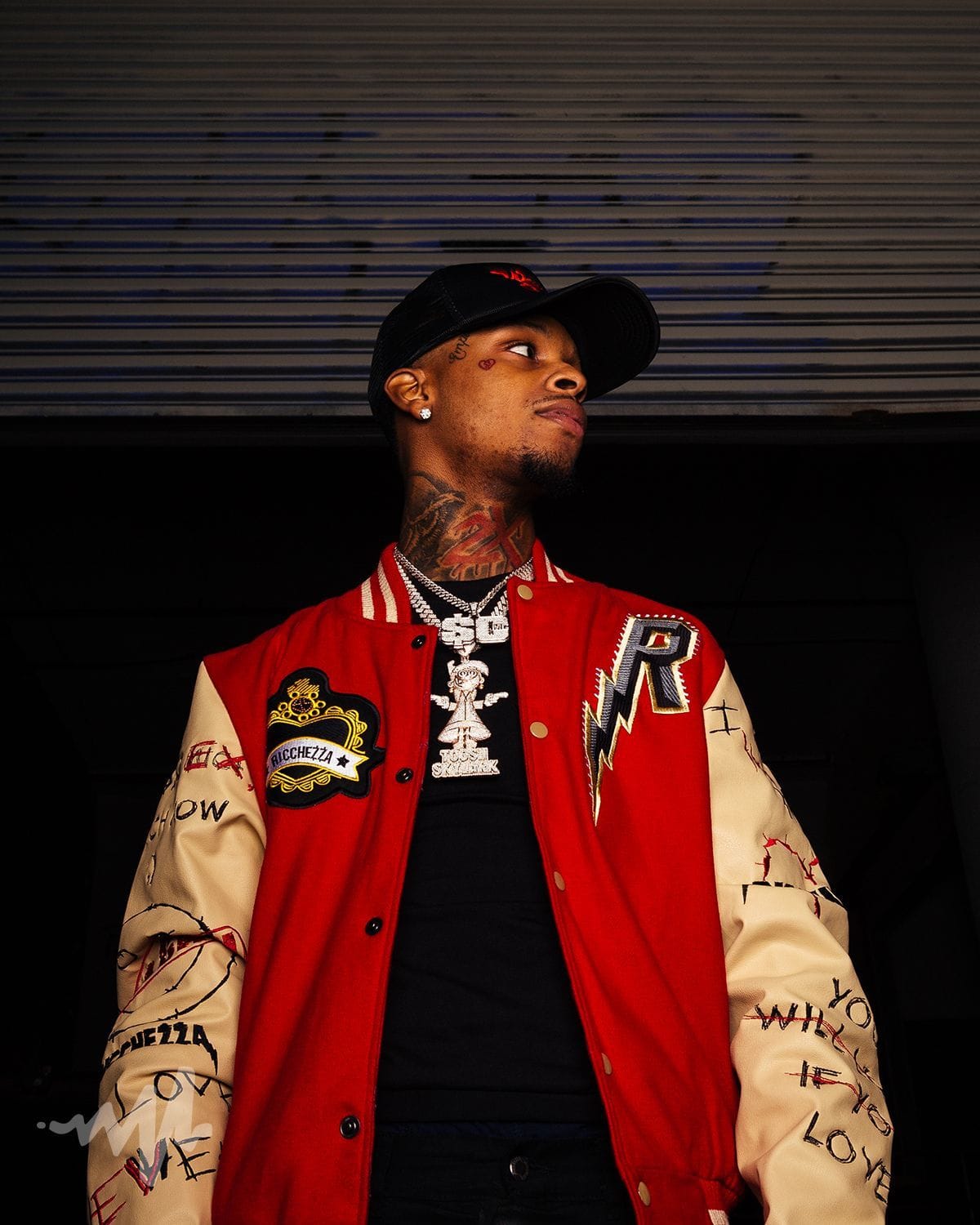 Tell me a little more about your childhood. What were you into before music?

I used to play sports: football, baseball, and basketball. Dad was in my life for a little bit. Mom really raised me. Typical kid from the hood, Section 8. Things of that nature. Life wasn’t bad. I know people who had it worse, so I ain’t complaining.

In “Choir Music,” you said: “I remember I was the lame kid, now everybody wanna be my friend, that’s all the fame did.” What made you say you were the lame kid?

I won’t lie, I ain’t never been no lame. What I meant by that was I wasn’t who everybody looked at to be who I am today. Even in my yearbook, my quote was: “I’ll be known for doing something others thought I couldn’t.” People used to doubt my music in high school. It’s crazy. That should be my next mixtape cover.

So when did you get into doing music?

I got into doing music at a young age, like around 15. I was listening to my brother and my dad. They made rap, hip-hop. I wasn’t really listening to other music. I started doing music because of them. 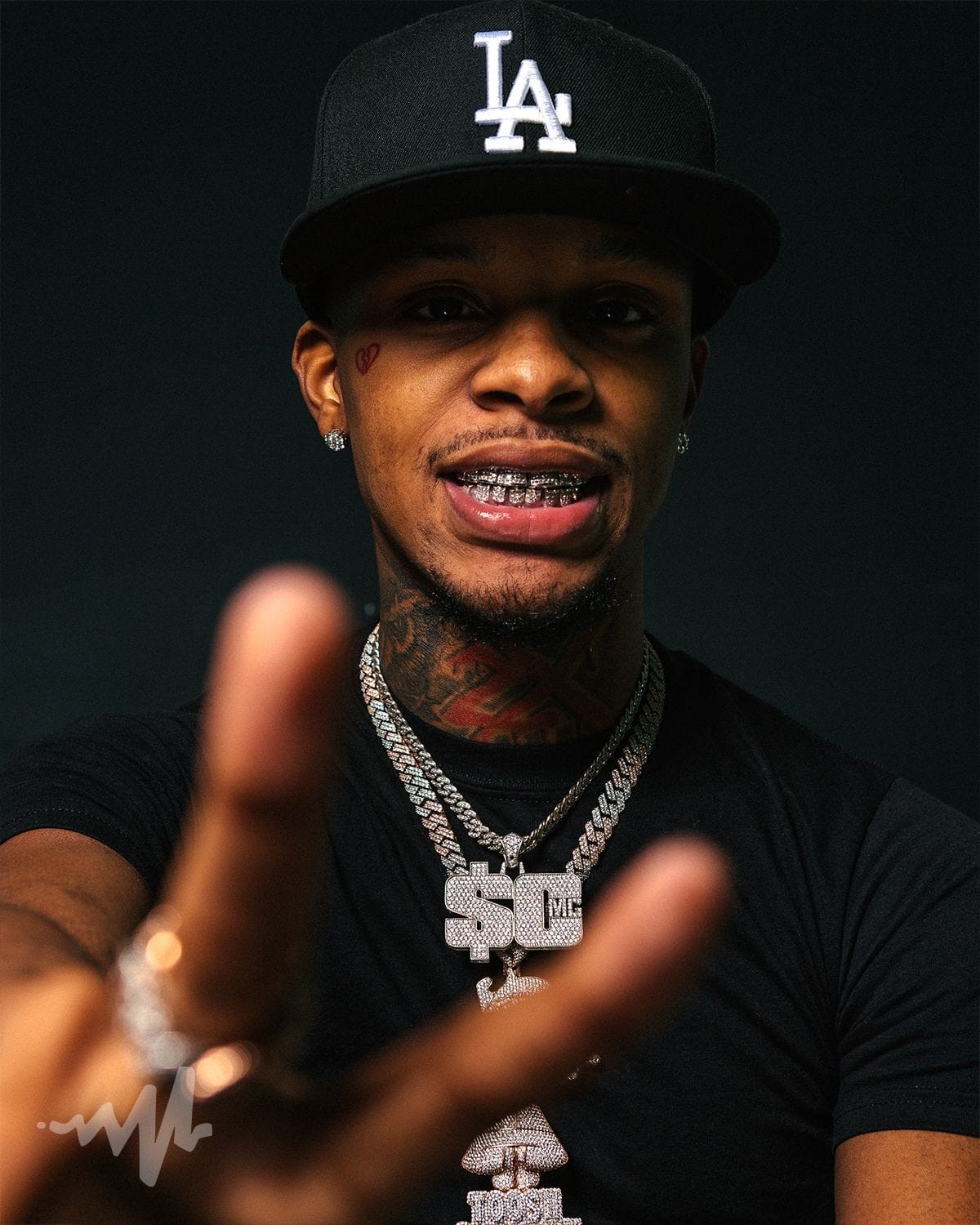 When did you realize you had talent?

I never been one to care what people thought. I just used to put stuff out there. Whether people liked it or not, this is what I like. Once I seen people liking it, I’m like, “Alright, I got talent.” So that's what made me realize this is for me. I had made this song called “Karma,” and it did well around my area. That was the first song [to build success].

Your music speaks about some difficult times, whether through relationships or loved ones who were killed. Has music always been a way for you to deal with loss? Or did it come later after you experienced those pains?

Music has always been a way to cope with things. That’s why I started making music, just to cope with what I had been going through.

In “Red Lights,” you spoke about your grandfather being killed by your friends. That’s a really personal thing to reveal on wax.

I come from a small area where everybody knows everybody. I had just moved from the area for a better life; my granddad had got murdered by my best friend, really my cousin. They tried to rob him. Stabbed him like 16 times or something like that.

Did they know he was your grandfather?

Nah, they didn’t know. My granddad was a cool dude; he just got money.

How do you deal with having people close to you take out your family like that?

You can’t really do nothin’ about it. It hurts, but one thing you can do is live on and live for those people. I stand strong and make sure their name lives on forever, as long as I live. 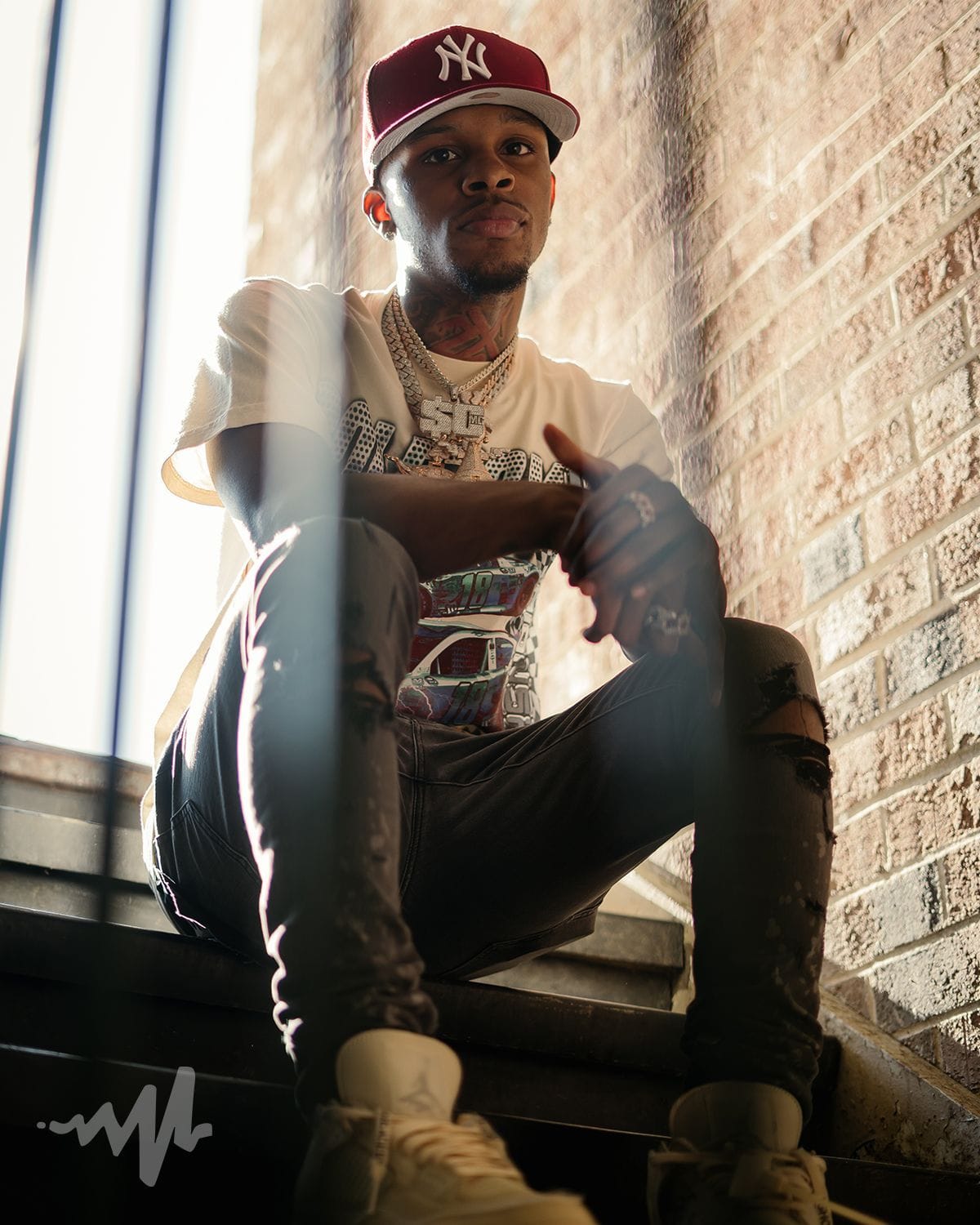 There were a lot of shootings this past year, and one of my homies said artists bring that shit to them when they talk about it. That was frustrating to me because artists get out of those situations by making music about what they go through.

Say you’re an artist, and you’re the type of artist that’s speaking on opps. Like, “Yeah, my opps this, my opps that, I’ll do this to my opps, opps, opps.” You know what opps you talking ‘bout, but to the people, you don’t know like that, anybody who doesn’t like you can make it seem like you’re talking about them now. So now you’re creating more problems for yourself than what you already had. What’s the reason for doing that? You already in a different position.

It might be what people wanna hear but put it in a way where you’re not creating problems for yourself. ‘Cause you can’t be no rapper, and you beefing with a thousand people. It just doesn’t work like that. Your location is always on. It’s nothing for somebody to pop up at a show.

What do you think is the balance between making the music that expresses your truth while also steering clear of drama?

Keep it gangsta. I can remember a time when being a gangsta was not going to jail and not speaking on certain things. Just keep ya mouth shut sometimes. It’s okay to not speak on certain situations. It’s a thousand other things to speak on. 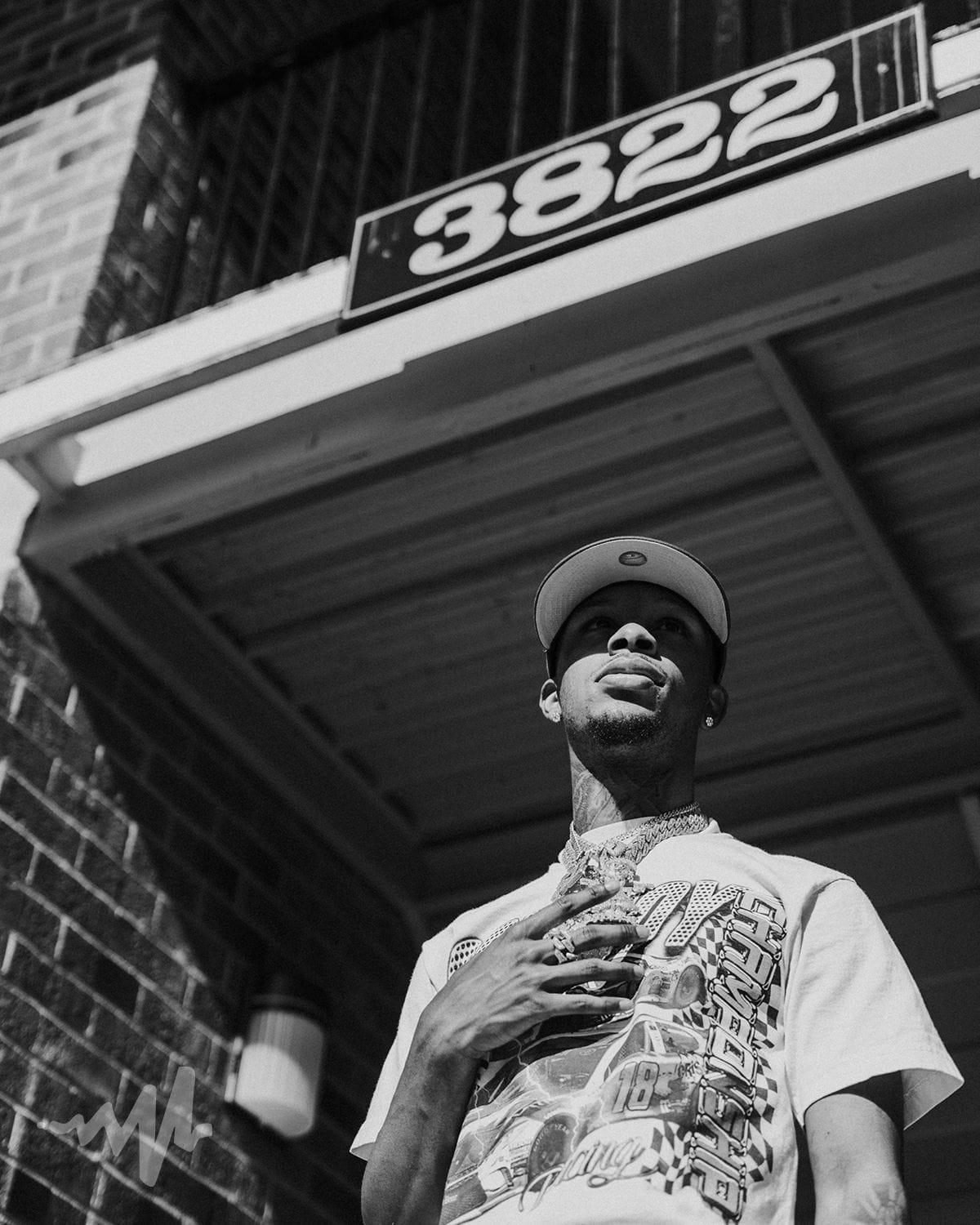 What were you working on before you went to LA in 2017? Did you do the Why Not Now record before LA or after?

I did that before I went to LA. I had a buzz, but LA just made me a different person, that’s all. It showed me a different way of recording. How to put my voice out there and things of that nature. It just made me a better artist as a whole. I used to write before I got to LA. Once I got to LA, I started watching certain things, and I stopped writing. I haven’t written a song in a long time. Just being around other artists and watching how they record, writing is a lot more time-consuming and unneeded.

After staying indie, you later got with South Coast Music. What made them the right fit for you?

I met with South Coast in 2019. I’ve been consistent my whole career; that’s all it was. Consistency is key. I feel like that’s for anybody and anything you do. Just the way they move and how family-oriented they were, I feel like that helps.

How were you able to still drop two records last year? You seemed really busy while the pandemic was slowing most people down.

I stayed consistent. Other artists felt like there were certain things they couldn’t do. I was still working. At the end of the day, my family still gotta eat. So that was the biggest thing. Just staying consistent, dropping music, dropping music videos. I never been the type to be in the studio with people, so studio sessions have stayed the same. 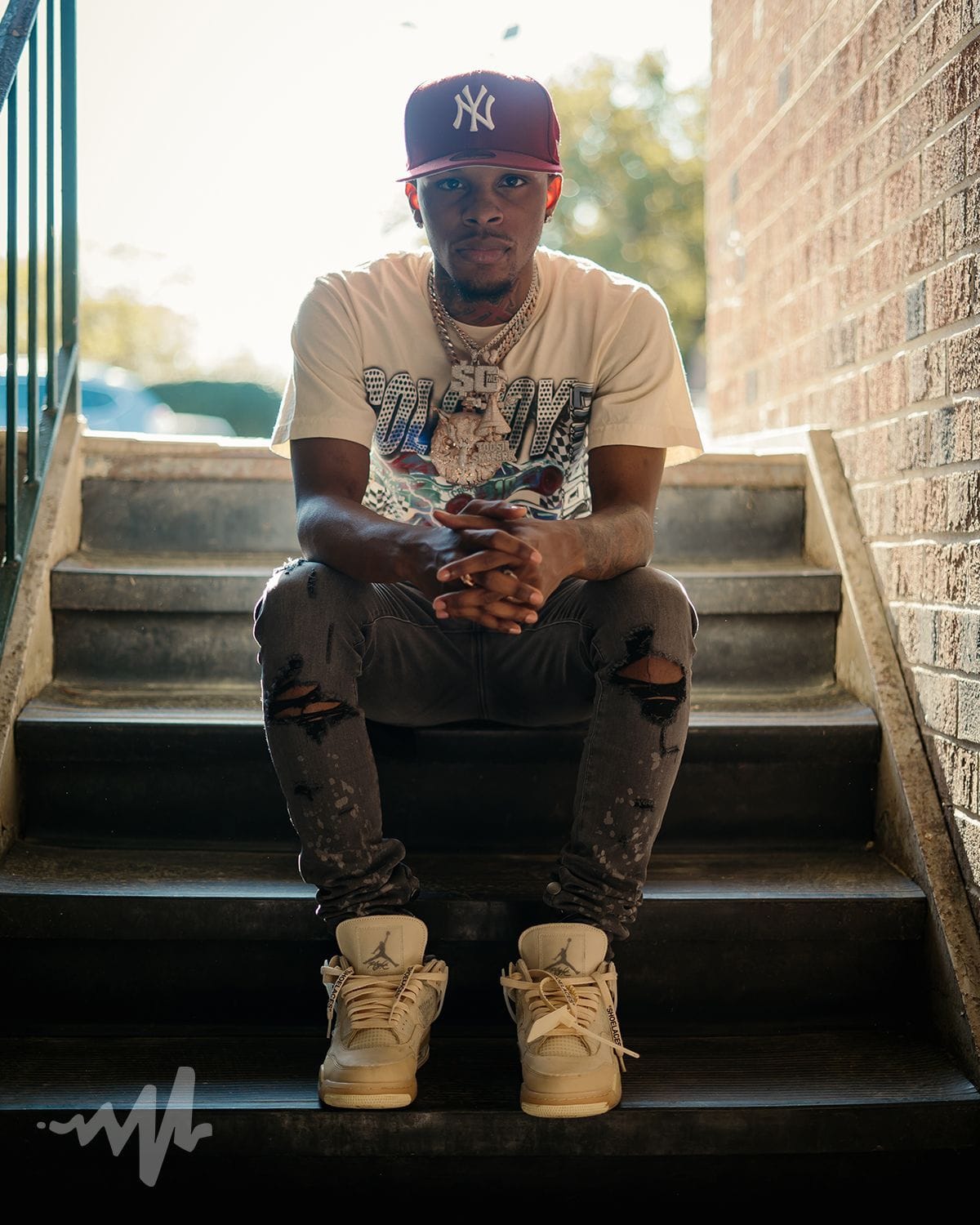