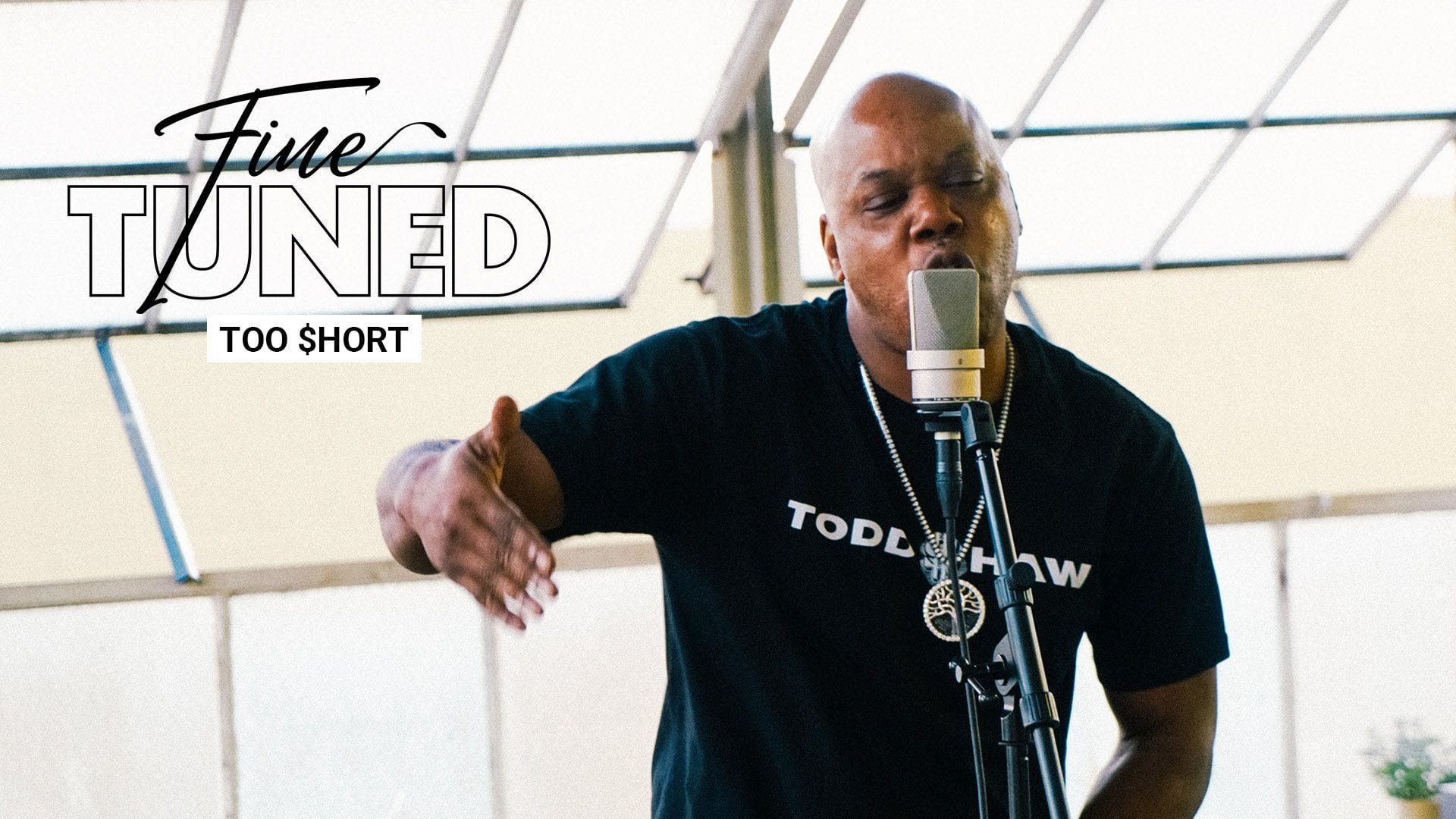 Oakland’s Too $hort is a worldwide legend. The rapper-producer born Todd Shaw began dropping mixtapes in the early ‘80s and building an organic fanbase with grassroots marketing, before his major-label debut, 1987’s Born to Mack, turned his underground success into coast-to-coast recognition.

After more than three decades in the rap game, Too $hort’s renowned flow continues to influence and impact rappers across the globe. From hip-hop powerhouses JAY-Z and Drake to fellow Northern California native Saweetie, Too $hort’s unforgettable catalog has left no generation unmoved.

For Fine Tuned, watch the Bay Area icon perform a medley of three of his biggest hits to date, “Life Is …Too $hort,” “Gettin It,” and “Blow the Whistle,” backed by an electrifying guitar performance by Halo Boy.